On Sunday I opened the door at the top of the stairs and gave the kittens the run of the house during the day. 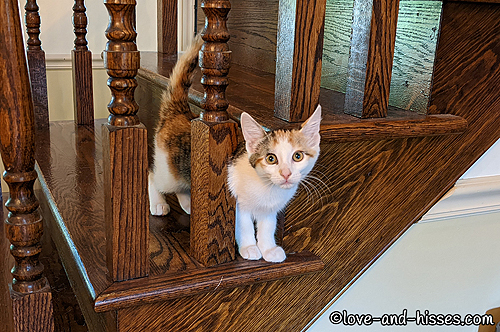 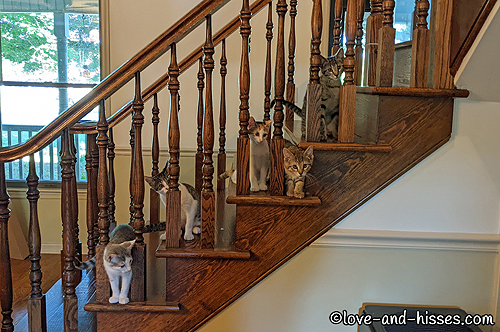 The kittens posed for me (kinda – would have been better if they’d all been looking at me, but there were more interesting things to look at than me.) From left: Kudzu, Bramble, Hollyhock, Clover & Mondo. 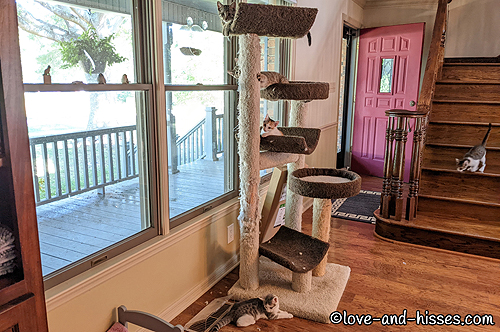 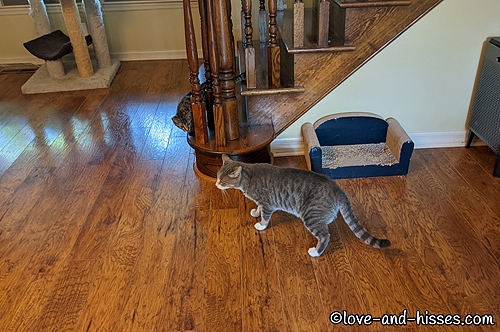 Uncle Archie came wandering through, said “There are a lot of kittens in here” and continued on his way. 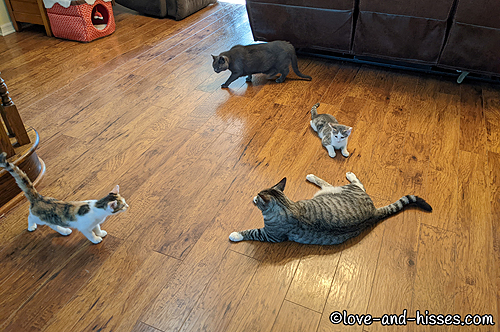 Charlie flopped down so that the kittens could approach. Jake came wandering through and said “Oh, no thank you” and kept on going. 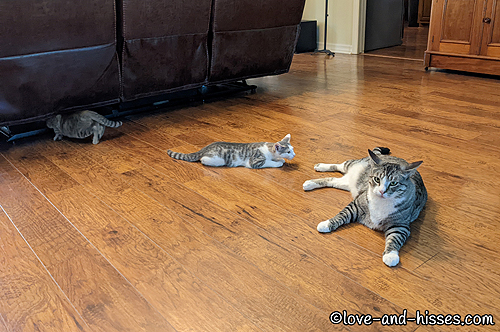 Kudzu was verrrrry interested in Uncle Charlie’s Magic Toe. Clover went under the couch to see what he could see. 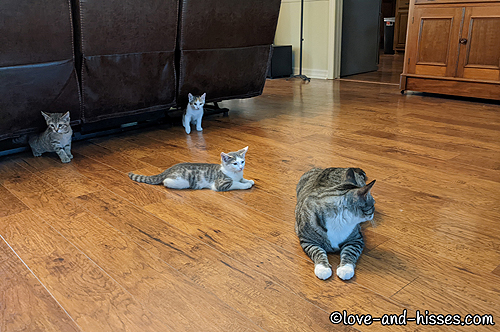 Then Clover came out from under the couch along with Hollyhock, and Charlie thought “This is kind of a lot of kittens.” 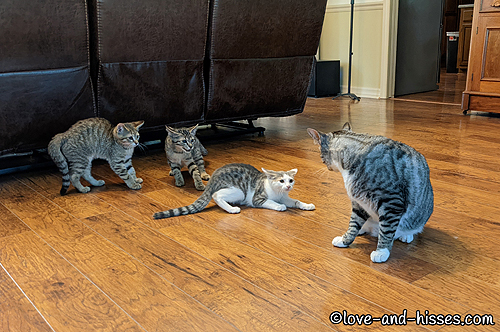 Kudzu couldn’t contain himself, he reached out and smacked the Magic Toe, and Charlie had had ENOUGH. He hissed at the kittens, who reacted by floofing a bit (Clover), hissing back at him (Mondo) and freezing and staring at Uncle Charlie (Kudzu.)

The kittens did what kittens always seem to do when we give them the run of the whole house: they spent the morning exploring and racing around like crazy, and the afternoon upstairs in familiar surroundings, napping. They came back downstairs when we were watching TV and did more exploring. Yesterday morning they spend the whole morning exploring some more, and napped in the afternoon. They do spend the night locked in the foster room to give the permanent residents a break, but until they go home they’ll have free reign of the entire house during the day. (And when his siblings go home, Clover will have the run of the house at all times. He is very interested in being friends with the big cats, so hopefully he’ll adjust fine. If you missed it, Clover is adoption pending but his people are out of town ’til mid-June, so he’ll be with us a bit longer.) 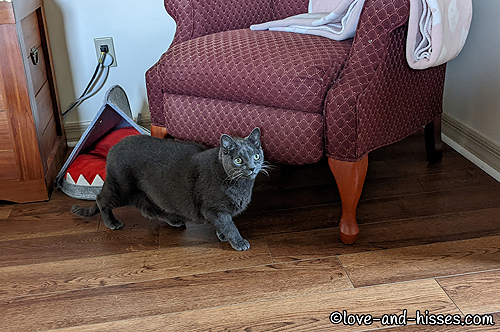 Jake’s like “There are no kittens in here, are there? No? GOOD.” 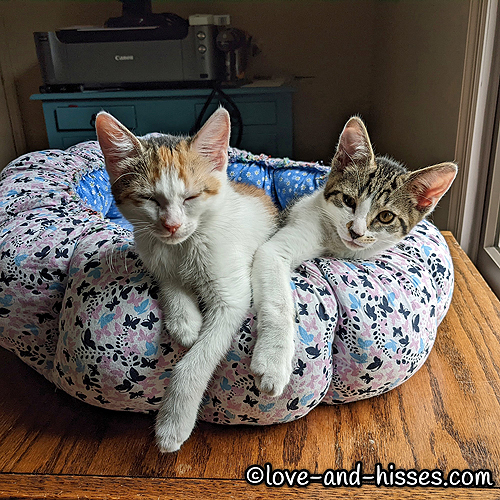 Hollyhock and Bramble are not inclined to get out of bed this morning (can’t say as I blame them!) 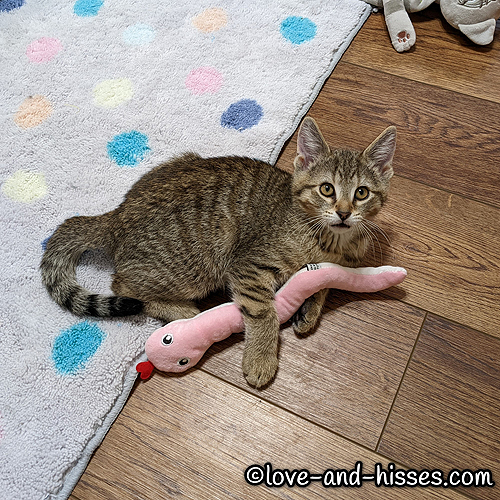 A Clover and his toy snek. 🐍

YouTube link
Napping with kittens: I highly recommend it, even if there’s not much actual napping going on! 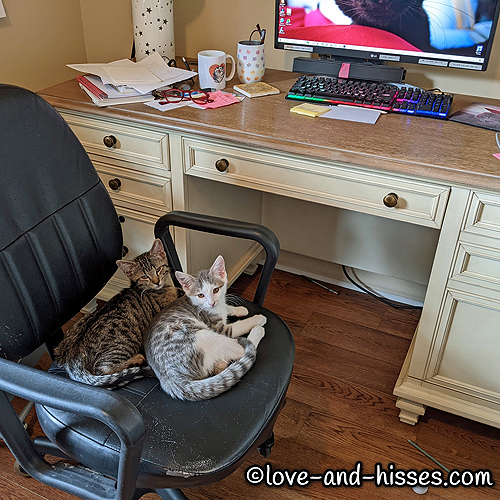 Mondo and Kudzu knocked stuff off my desk and took over my chair. They’re like “We’re the boss now, lady.” 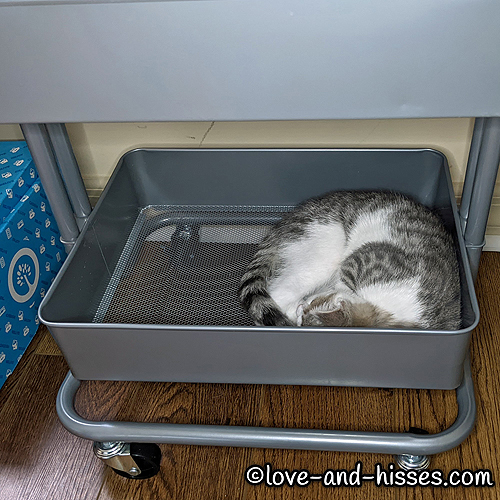