In case you missed it, Fizzbin went home on Friday (I delivered her myself). She didn’t love being in the carrier (sang the entire 40 minute drive), but once we were at our destination she purred like crazy, checked out her surroundings, and could not have been less concerned.

She joined a home with another young kitty to play with, an older tolerant kitty, AND three little girls who will spoil her rotten. 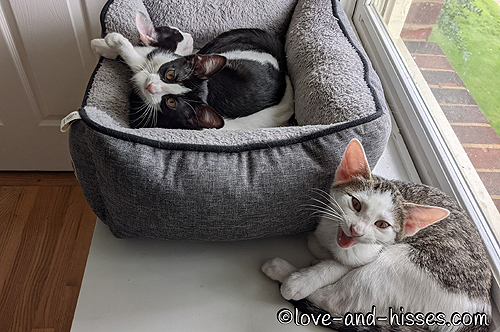 She was all “Excuse you, lady, we is tryin’ to sleep!” 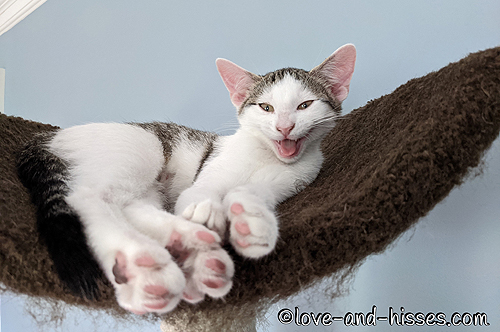 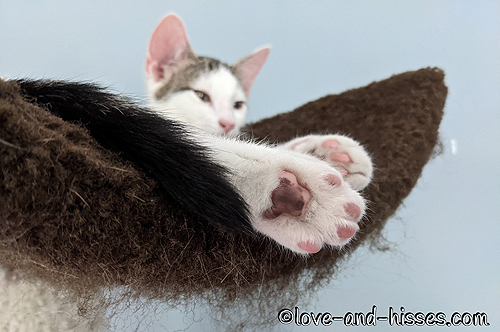 A shot of the toes.

I posted a picture of the kittens on the cat tree Friday, and someone asked if they were arranged in how they were going to be adopted. They were not, and I briefly considered trying to get a picture of them arranged that way. But arranged kittens don’t stay that way for more than an instant, so I didn’t seriously consider it.

I walked out of the bathroom Friday morning after my shower, and all the kittens were on the cat tree again (it’s right outside the bathroom door and a convenient location for them to wait for me, since once I’ve showered and dressed, they get their breakfast.) AND they were all arranged in the groupings in which they were going to be adopted, and luckily I got a shot of them. 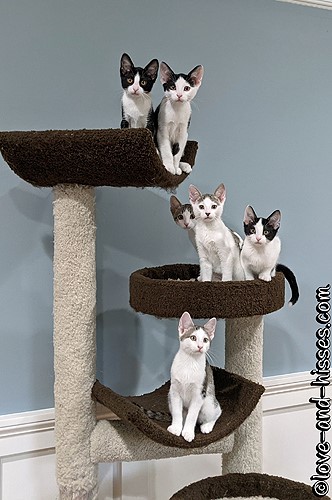 If I’d tried to get them arranged that way you KNOW they’d have never stayed. 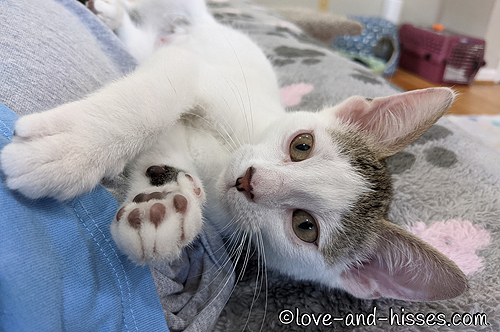 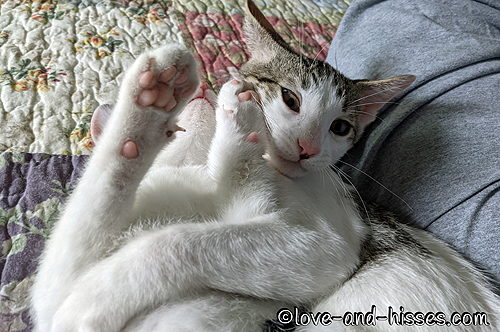 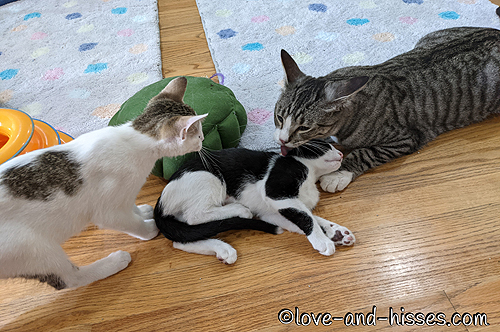 Uncle Charlie was giving Rummy a bath (or should I say, a bath with some intermittent biting), and Whist had to snoopervise. 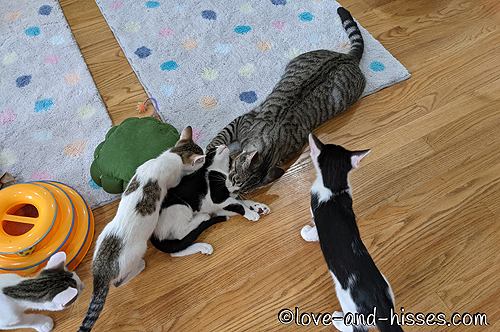 Pinochle, Whist and Uno were going to go home tomorrow, but I got word yesterday that Friday works better. So we get to keep them ’til Friday! And Slapjack and Rummy will go home over the weekend. 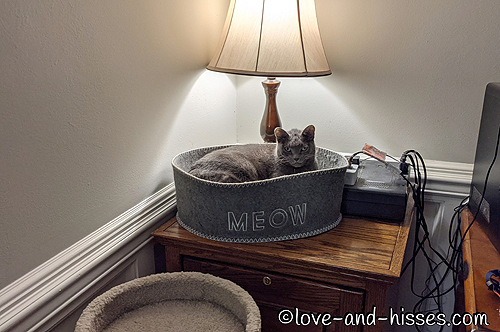