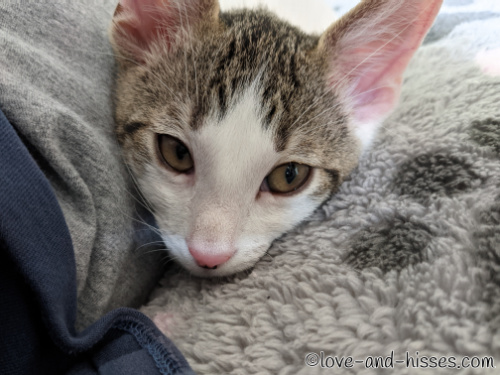 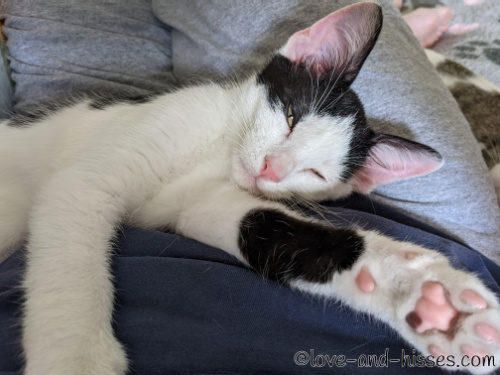 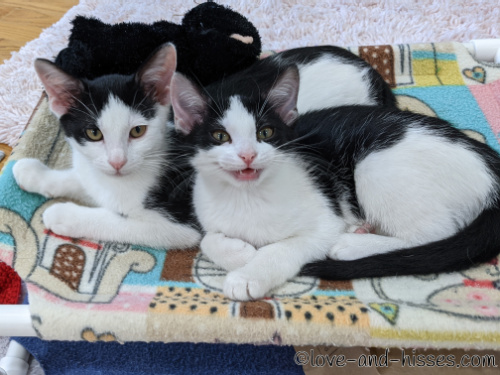 Uno has a smile. 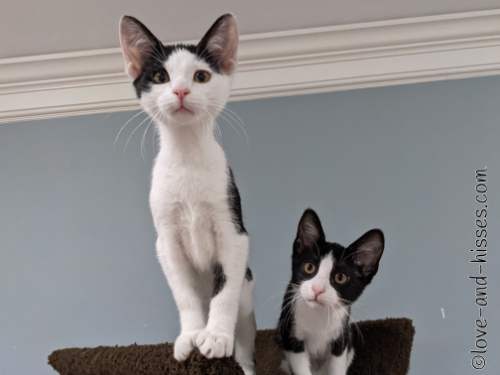 Looking at Slapjack’s serious little face, you can totally see that he was 100% trying to figure out if he could leap from there onto my head. And Rummy was CLEARLY saying “I think you could make it!” (Spoiler: he did not try it.) 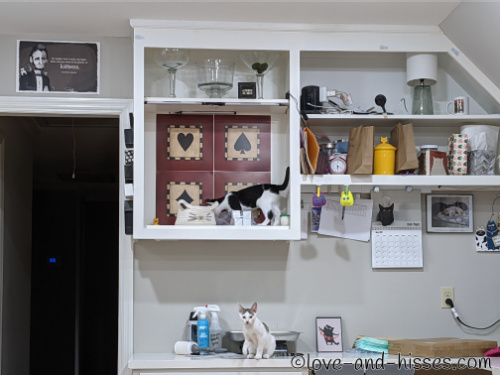 They’ve reached the age where they can reach all the interesting places now. See Slapjack up on that shelf? That’s where I do their lineup pics. It works well when they’re little, because they won’t attempt to jump down from there, it’s a little too far. Last week when I did their lineup picture, Slapjack was giving me fits because he kept jumping down. The next day, he discovered he could jump UP there. Now there’s no stopping him, I suppose. 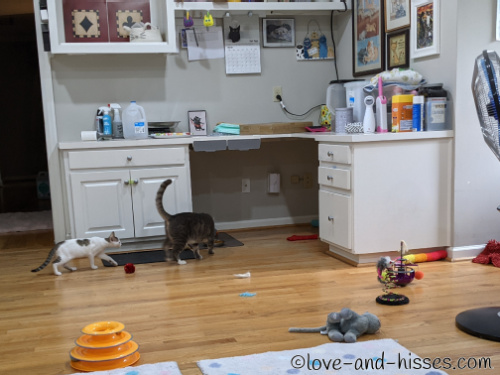 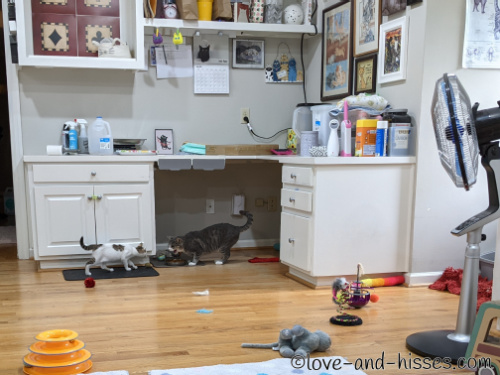 Uncle Archie is NOT interested in Whist. At least she doesn’t take it personally when he hisses at her. 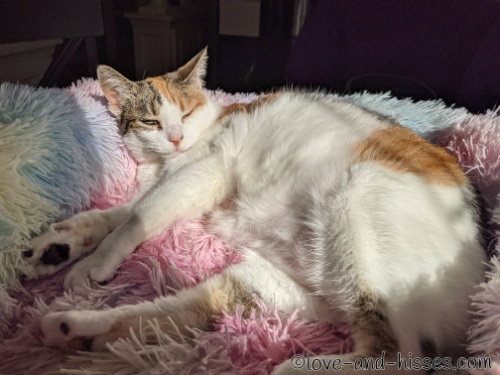 Alice Mo the calico sure does love that floofy bed in the sunshine, yo.