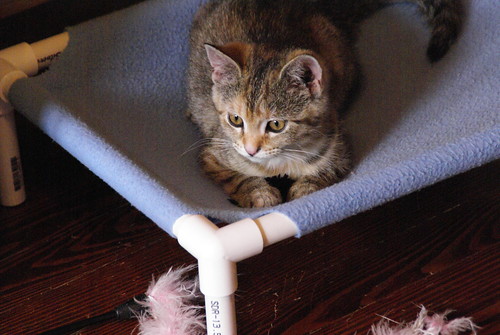 Dorfy Doodle makes herself at home in the corner of the kitchen. 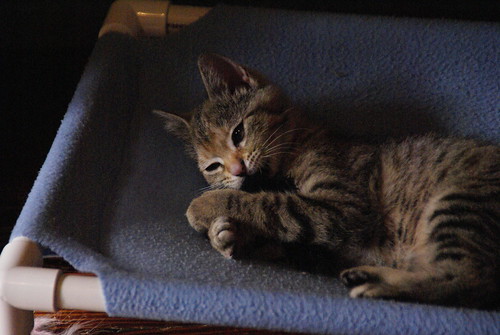 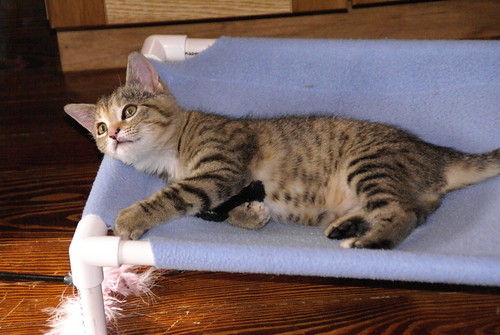 Here’s a Dorfy movie for you!

Tomorrow, the McMaos (except for Maggie) are going to be spayed and neutered. I haven’t told them they’re going or what’ll be done to them, because I’m pretty sure that ignorance is bliss when it comes to this sort of thing. Tomorrow evening, they’ll be back home, bellied up to Maggie, and will likely have forgotten anything at all happened to them. That’s the benefit of spaying and neutering when they’re this small, after all.

Let’s do a bit of the then-and-now, shall we? The first picture of each kitten was taken when they were about three days old, and the second was taken within the last week. 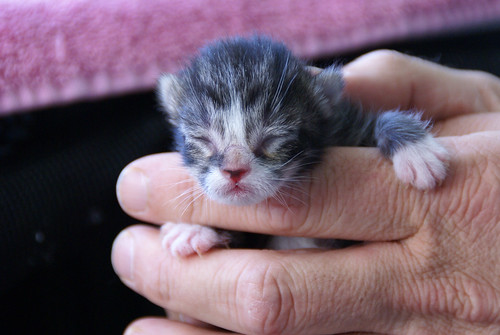 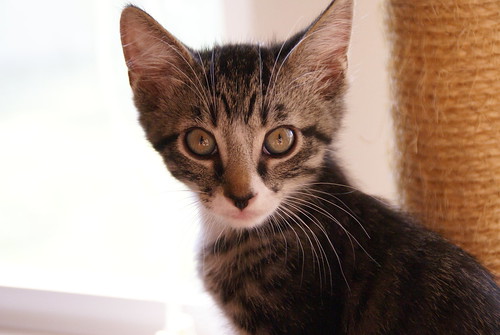 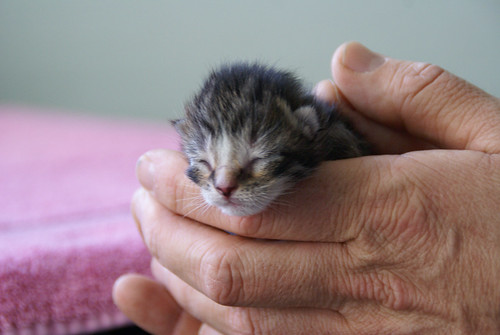 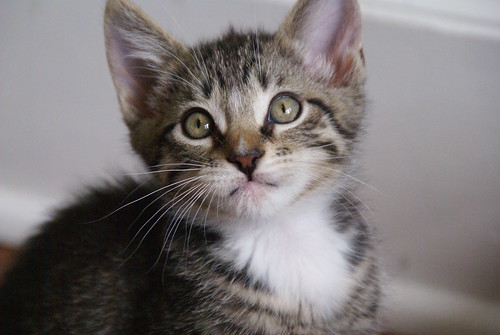 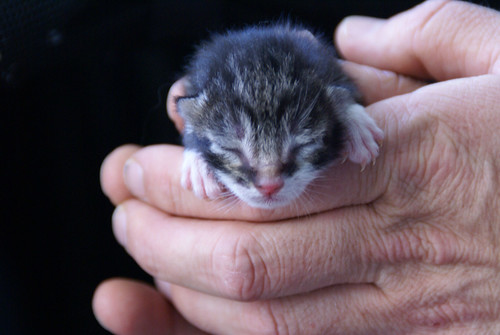 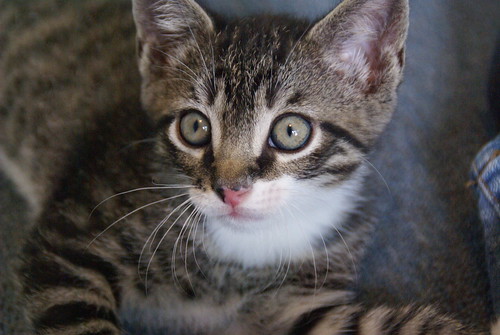 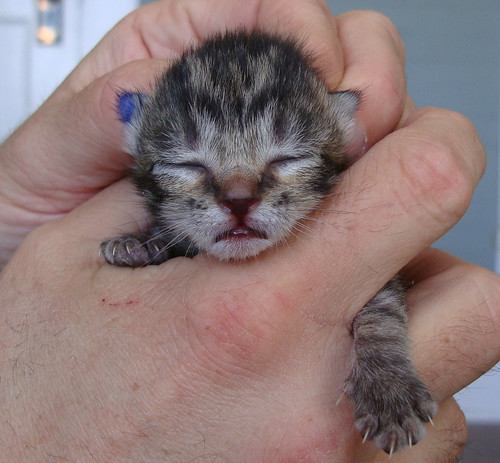 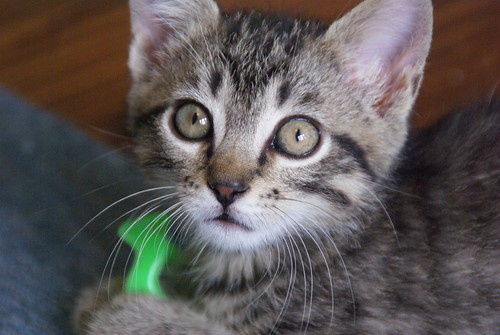 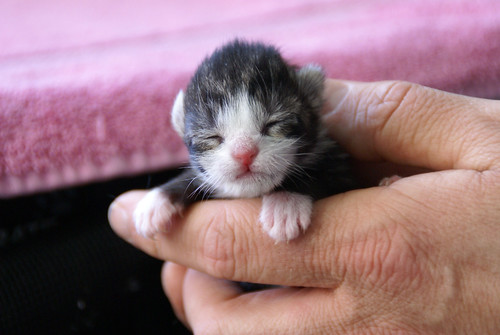 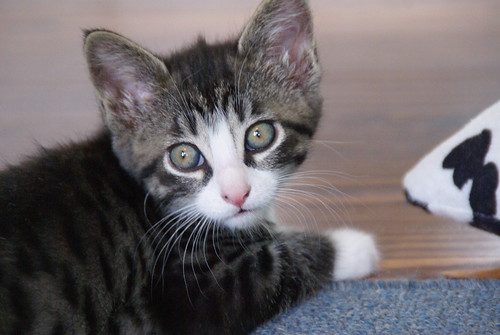 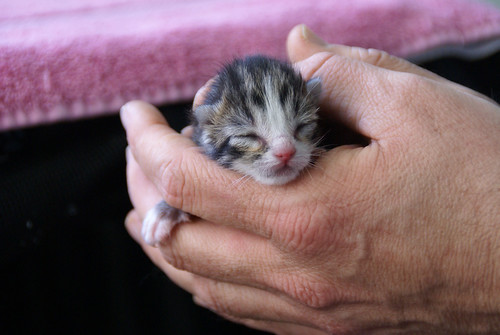 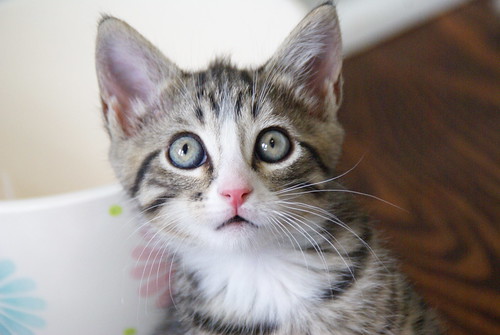 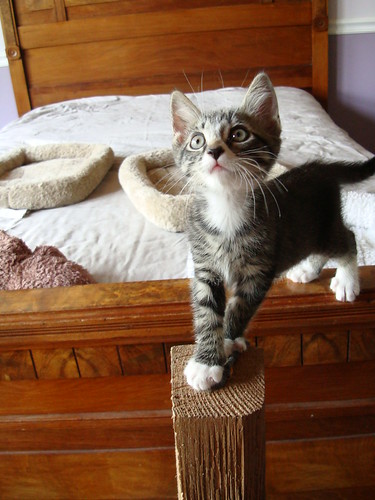 I’m not sure what Macushla was looking at here, but it was apparently quite fascinating. 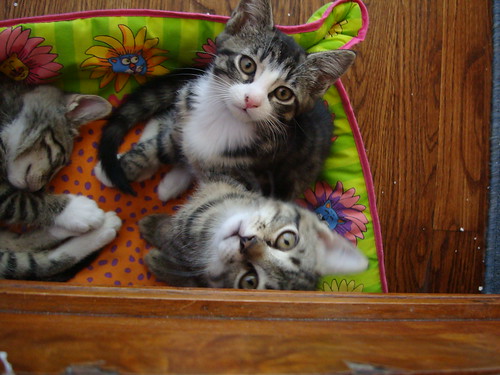 They knocked the cat bed onto the floor, then curled up for a nap. 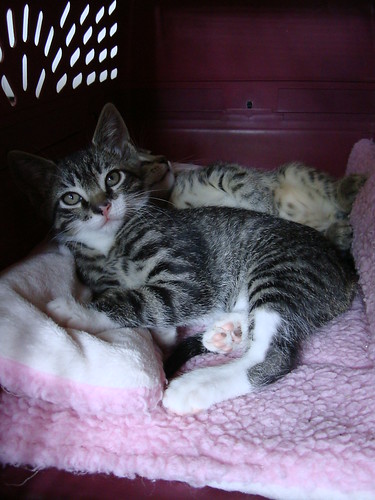 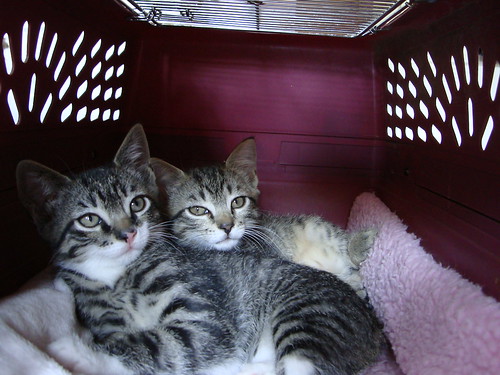 Declan and Fergus Simon, snuggled up for a nap.

And here’s a McMao movie for you. Kittens, you might be amazed to hear, can be some bitey little creatures. Some people tap them on the nose when they bite, but I tend to have both hands full at the crucial moment (usually a kitten in one hand, a camera in the other), so I blow in their face to stop them. About 90% of the kittens I’ve tried it on get the point pretty quickly because they haaaaate it (the other 10 percent don’t have any reaction at all). Here’s Declan being taught that “We don’t bite!” 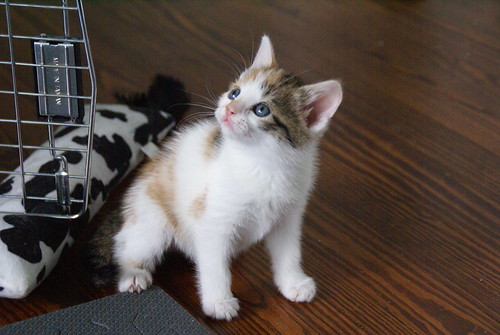 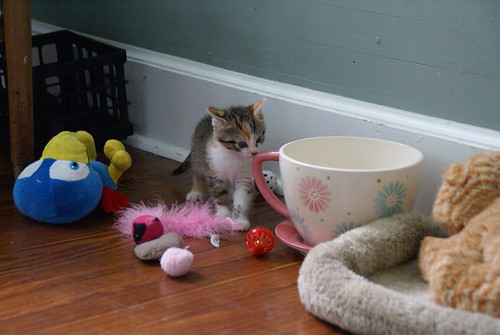 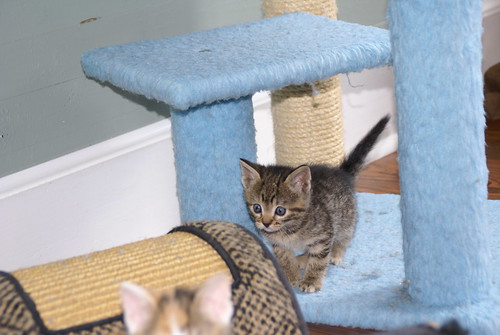 Clove, playing. It’s exceptionally hard to get a good shot of Clove, because she prefers to be in my lap or right up in my face.

Now, for Fred to notice that a kitten is particularly sweet means she must be sweeter than any kitten on the face of the earth, because Fred usually finds kittens this age kind of boring (he likes them the age that the McMaos are, or older). So there you have it: Clove is one sweet little girl and just as snuggly as can be. 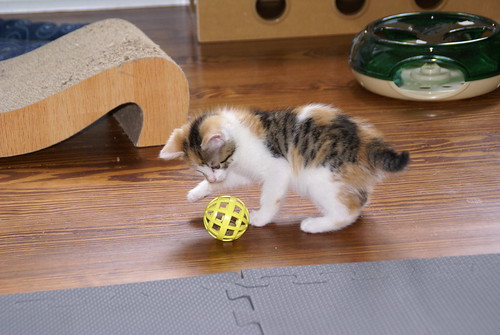 Coriander is an excellent soccer player. 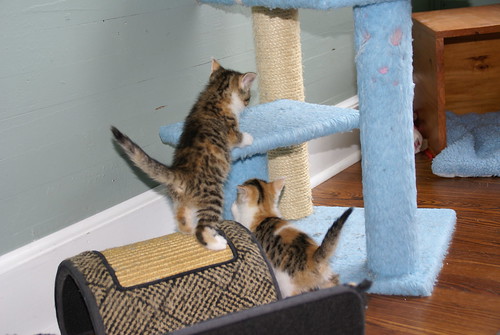 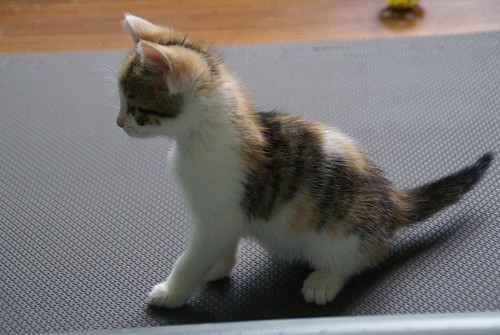 Coriander keeps a watchful eye on her sisters. 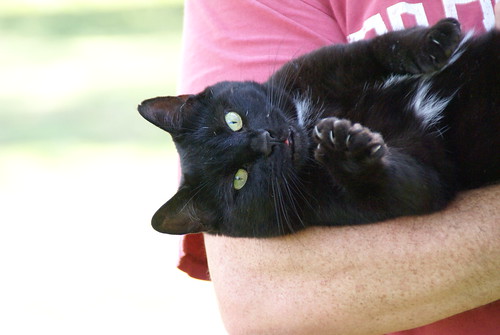 Maxi will allow you to hold her like a baby for a few seconds before she struggles to get down because she needs to go smack one of the other cats. She has no use for other cats, but she’ll put up with Newt as long as he doesn’t get in her face too often.