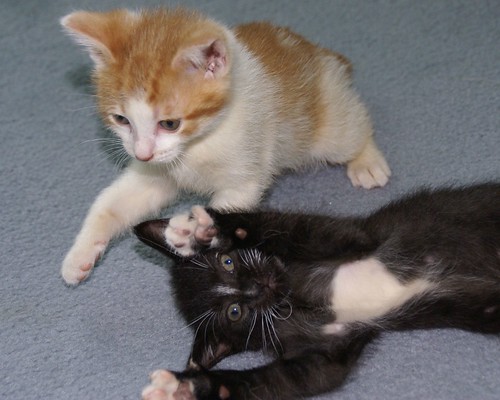 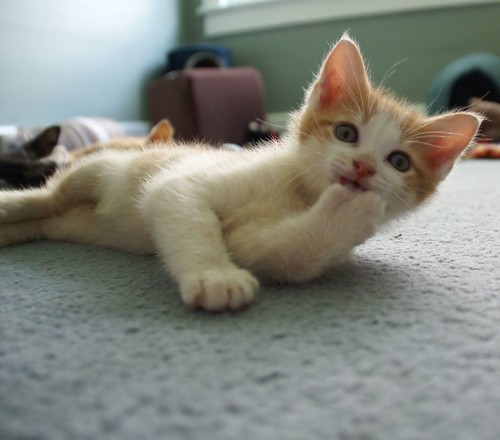 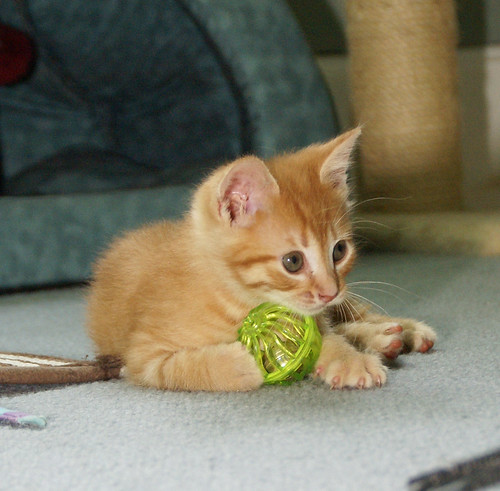 Pictures cannot capture just how pretty this little girl is. 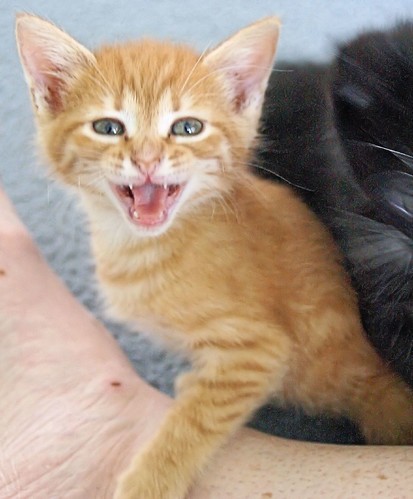 While this isn’t the best picture, it does illustrate just how miss Phyllis spends most of her time while I’m hanging out in the kitten room. She’s got a lot to say and BOY does she say it. 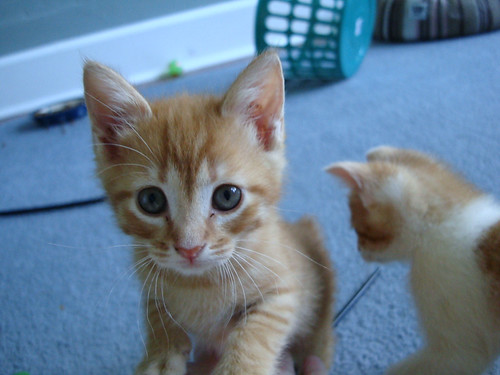 A rare moment of silence. 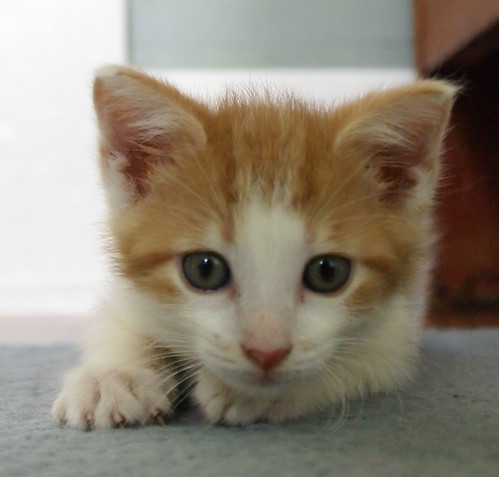 Dwight tries to figure out just what I’m doing. 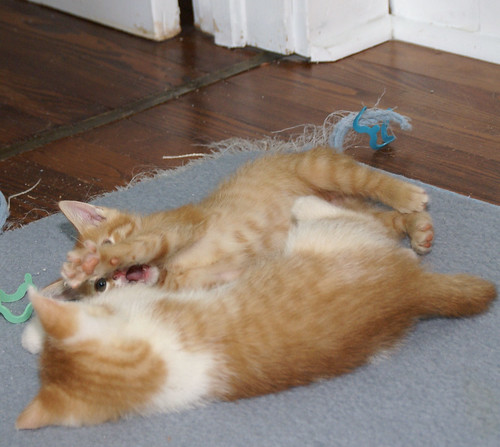 Phyllis gets so enraged when Dwight jumps on her. He barely touches her and she’s all “Wah! Wah! WAHHHHH!” 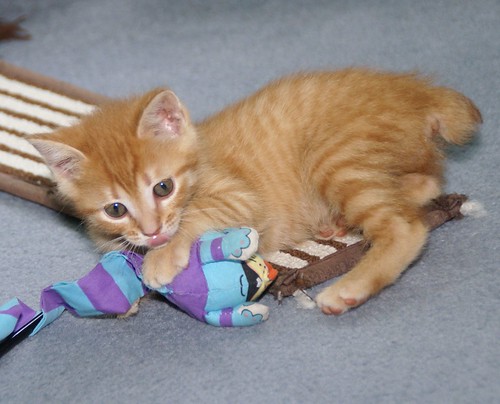 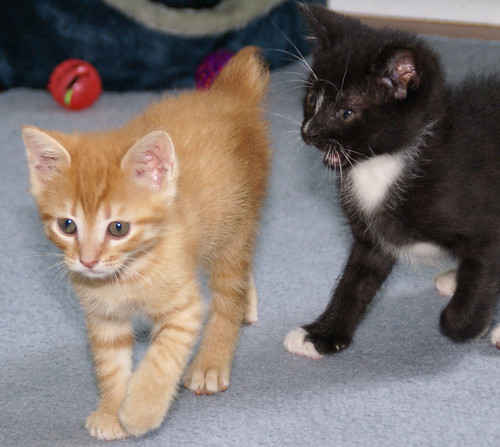