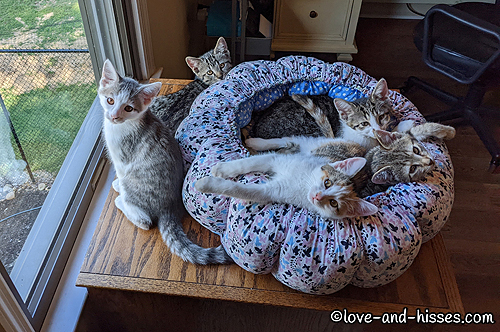 These guys sure do like that bed (and/or that location.) 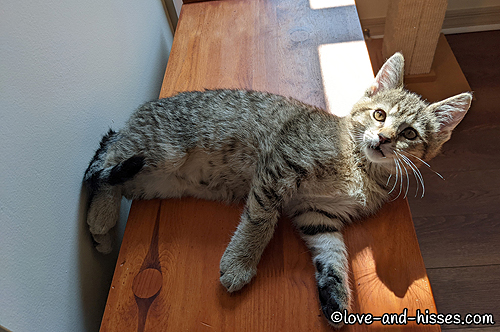 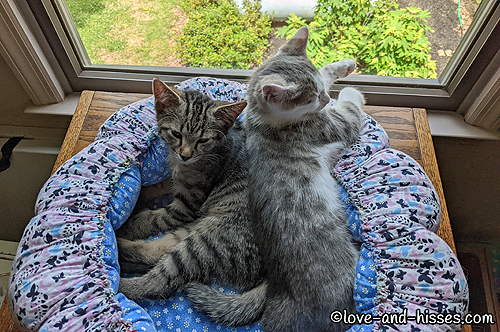 Mondo and Kudzu have a snuggle. 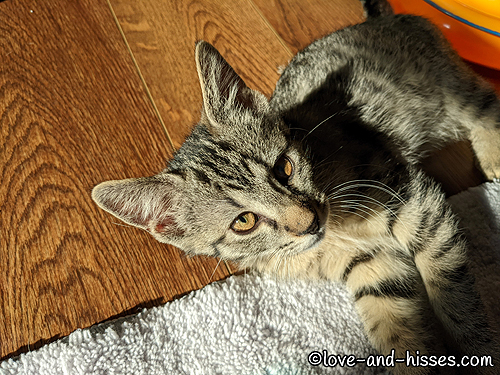 Getting a little attitude from Mondo. 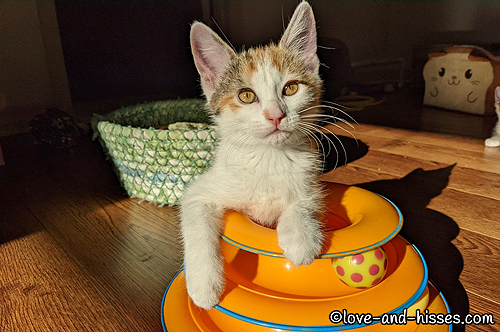 Hollyhock loves to flop over the top of the track toy to play. 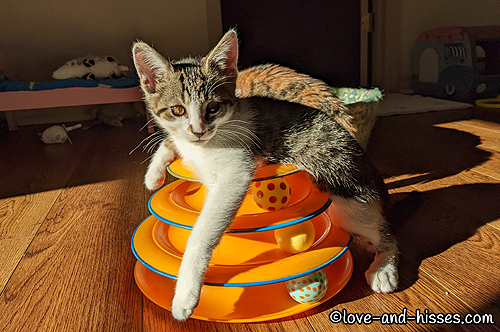 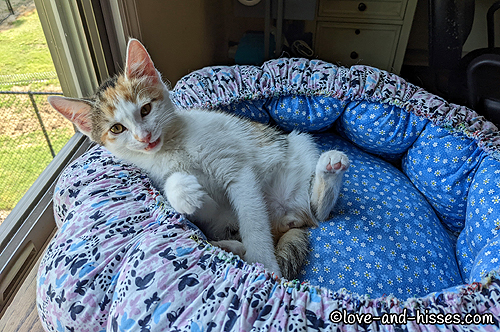 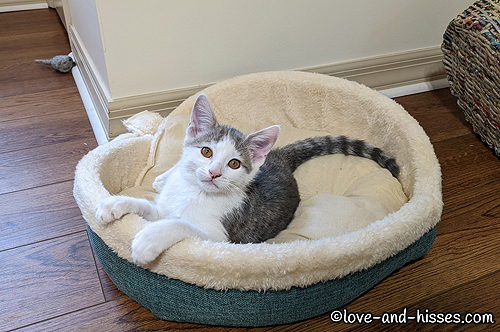 Clover’s scheduled meeting with a potential adopter, originally meant to take place yesterday, was pushed to Friday due to a work conflict.

Today the kittens are ELEVEN weeks old! Two weeks from today they’ll have their spay/neuter surgeries, and then will start heading home a few days after that. This eleven weeks has flown by, hasn’t it? I feel like it was just yesterday I was constantly harassing Mimosa for kittens! 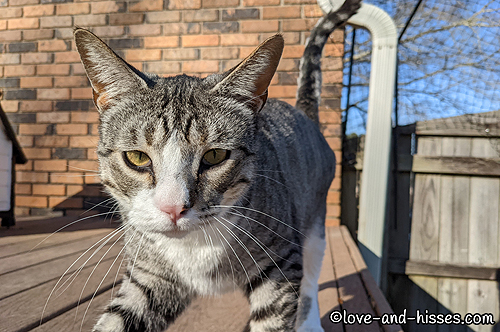 Oh, that Charlie. He is such a pretty, pretty boy! 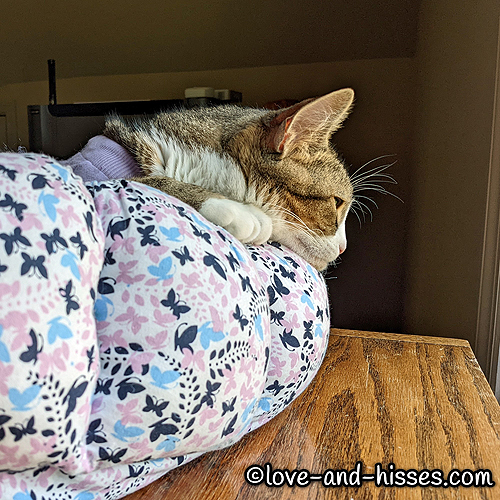 Mimosa in the puffy bed, watchin’ birds. She is such a sweet girl. ❤️ 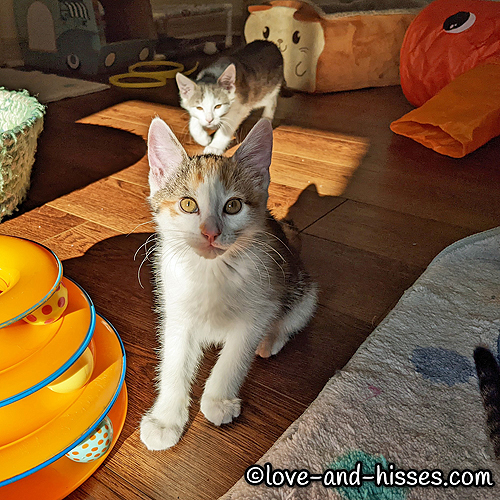 “Kudzu’s behind me, isn’t he?” Yes indeed he is, Hollyhock, and he looks like he means business!

YouTube link
Another toy toss for kittens! And those kittens are in fine form today. So many leaps and bounces!

(SO many leaps and bounces that there’ll be a slow-motion video up later today so you can really appreciate those moves!)

PS: Clover is fine. He didn’t even seem to notice. 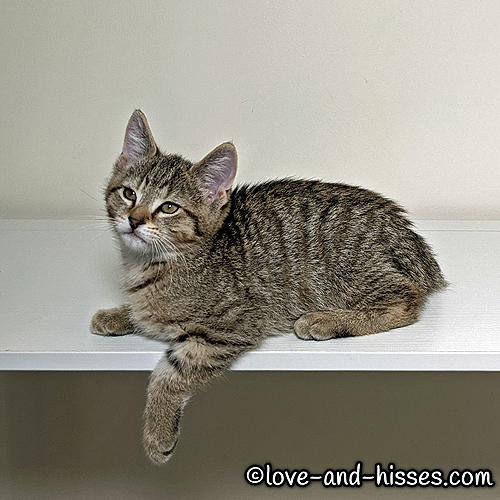 YouTube link
Slow motion kittens! There were so many great leaps in the video I posted earlier that I just had to slow some of them down.

YouTube link
Listen, Clover is FINE. He’s not hurt, and in fact I don’t know that he even noticed that a toy hit him in the face. (And I SWEAR I didn’t do that on purpose, I can’t aim a throw properly to save my life.) But watching it in slow motion (and listening to my gasp and slowed-down “I’m soooooorry!) is making me laugh ’til I wheeze.) 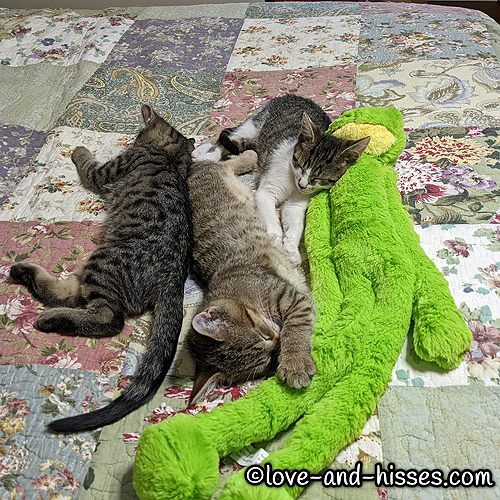