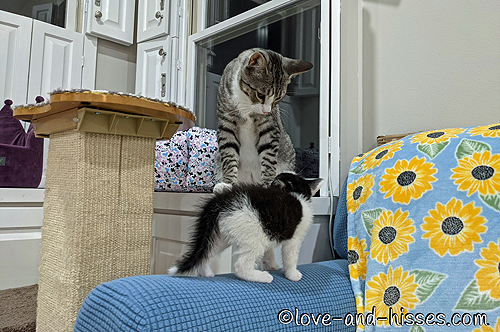 Last night when Canasta was eating, Charlie SHOT through the foster room door when Fred walked in, and we let him (Charlie, that is) stay for a moment before we put him back out. Uno saw him and went insta-floof. (The other kittens didn’t see him.)

Canasta is still not wanting Charlie in the foster room, and to be honest Charlie hasn’t been wailing at the door very much lately (probably because Canasta was so mean to him last time we let him in for a few minutes.) 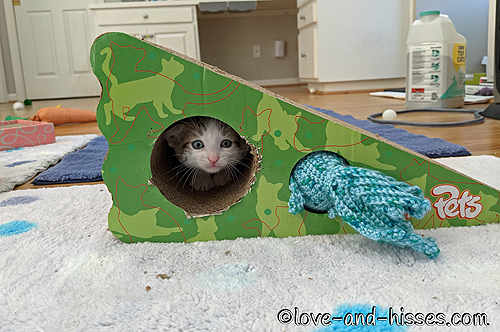 Pinochle hanging out in the scratcher. As you do. 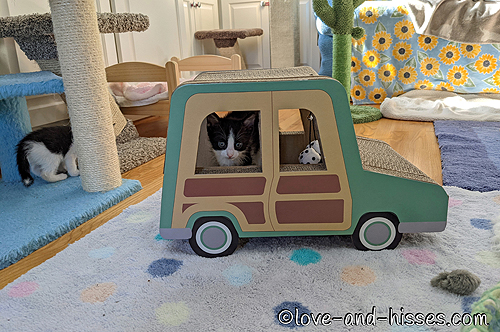 The kittens LOVE this scratcher. (I am told it came from Petsmart a few months back; it was gifted to the kittens when a friend’s cat wasn’t interested (and it is a bit small for a regular sized adult cat), but I don’t see it on the Petsmart site unfortunately or I’d link to it.) 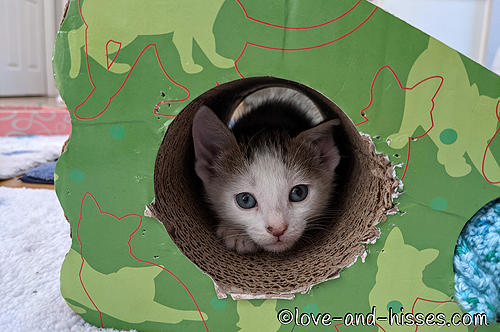 Whist is keeping an eye on me. 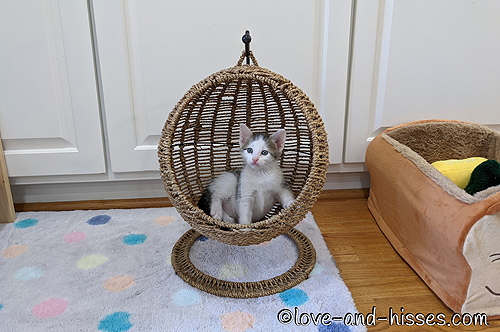 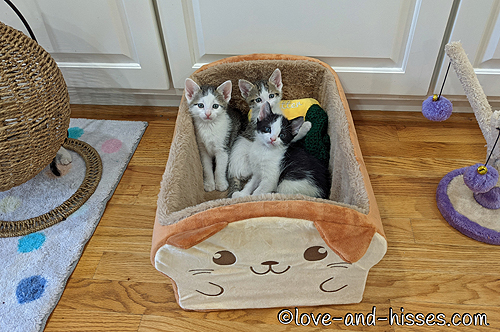 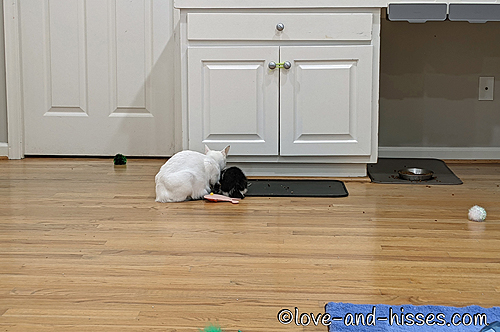 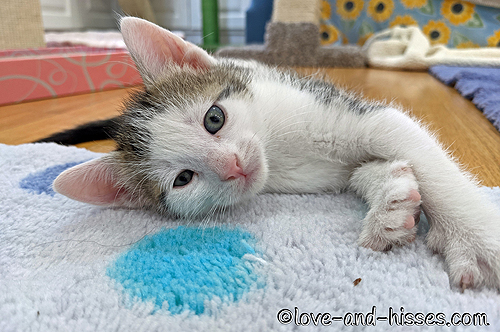 Fizzbin’s all “Watchin’ you, lady.” 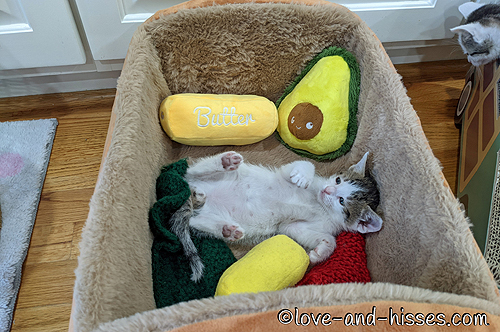 Pinochle lying in the Toastycat bed, regarding his toes. As you do. 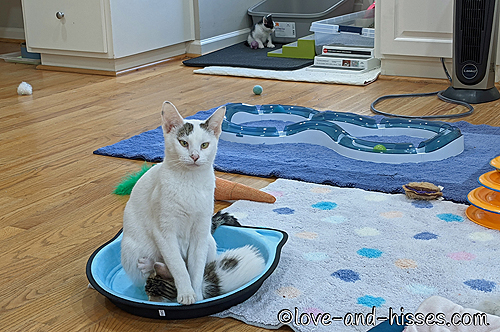 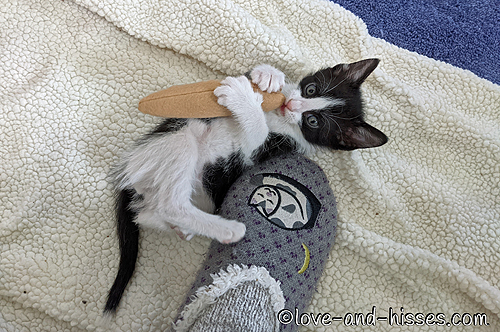 Rummy and a catnip baguette (and my foot.) 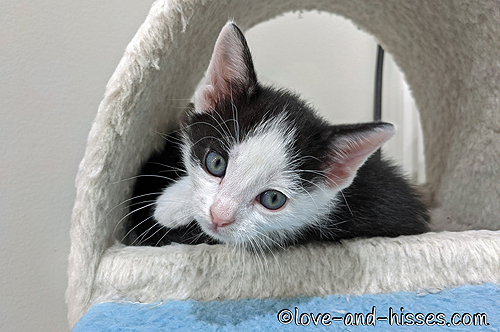 Slapjack really likes the top of that little cat tree. 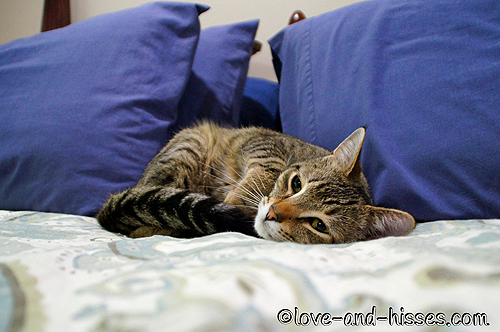