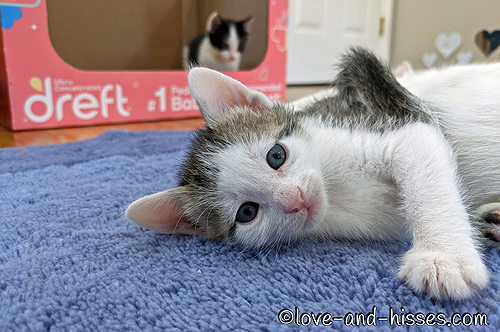 Fizzbin keeps an eye on me. 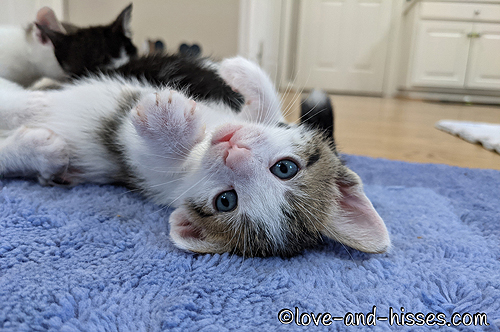 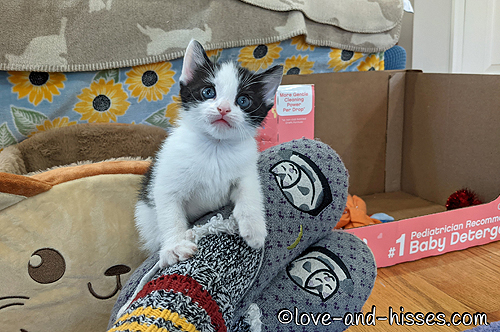 Uno loves to balance on my feet. (Thankfully it’s been socks-and-slippers weather lately. But barefoot weather is coming!) 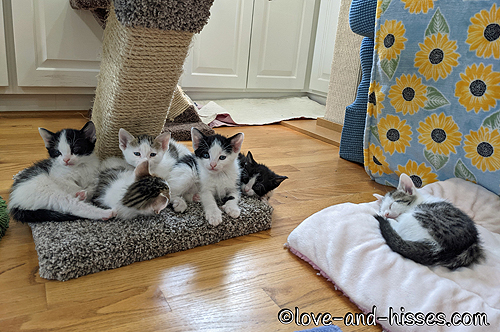 5 of the 6 crammed onto the bottom of the scratcher. Fizzbin’s the only one who was like “Hey, there’s a soft place to sleep. Think I’ll sleep there!” 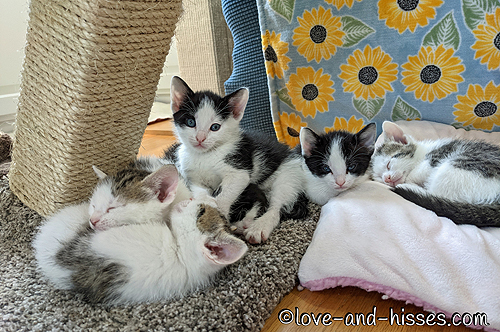 So I slowly slid the scratcher over toward the bed, which earned me this look from Uno (center.) 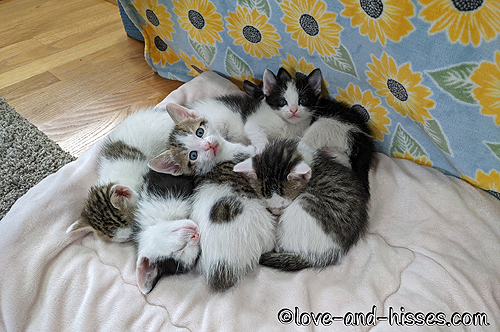 But y’know what? It worked. They all moved over to the bed within about 10 minutes. Pinochle’s all “Like this, lady?” Yep, just like that! 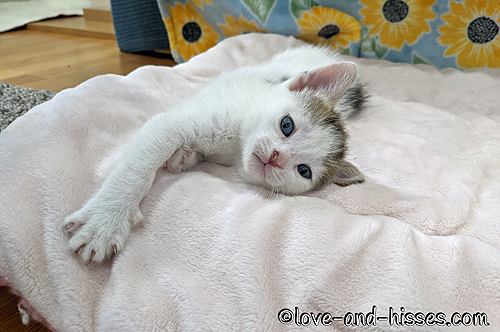 “Stop worrying about us, lady,” says Whist. “We’ll sleep where we want to!” 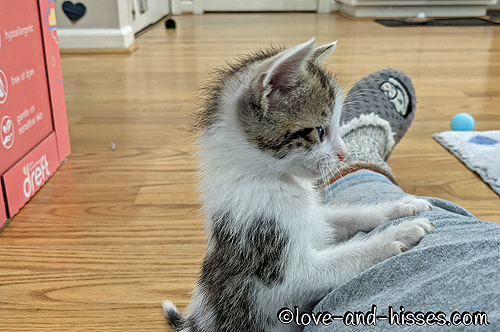 Pinochle’s keeping an eye on something. I love his sweet little profile. 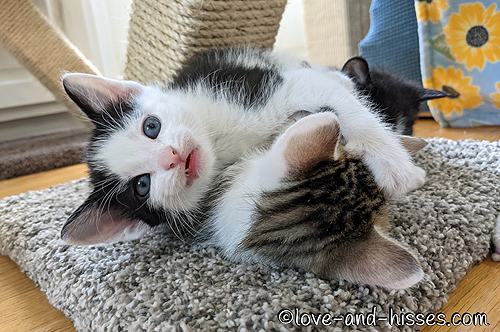 Slapjack’s little face – I swear, I could just squoosh him. 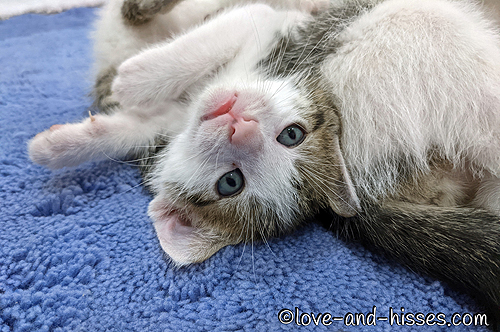 Pinochle on the bottom of the pile. 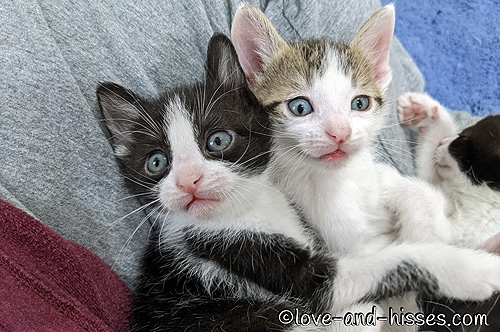 Rummy and Pinochle in my lap. 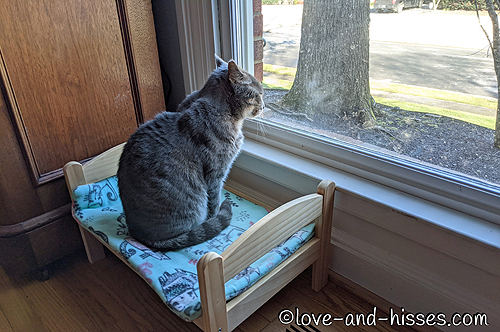 Archie’s having a case of the Mondays.