Canasta came through her spay surgery just fine, and I’ll be going to get her in a few hours. I’ll be curious to see how the kittens will react to her – sometimes kittens hiss because of the vet smell, sometimes they’re so happy to see Mama that they don’t even notice. These guys seem like they could go either way.

They didn’t appear to even notice that she was gone yesterday – every time I went into the room they were either sleeping or playing. They definitely recognize me as the food-bringer and know that a plate in my hand equals food in their faces. 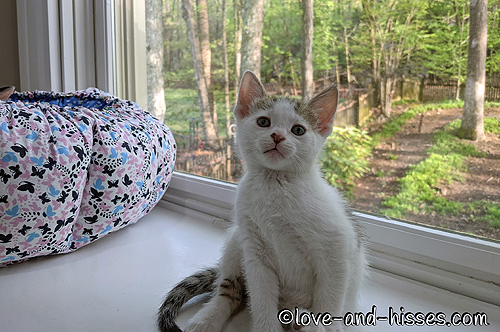 Whist keeps an eye on me. 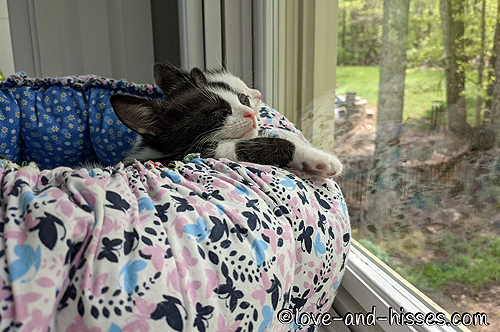 Have I mentioned how much they love this bed? Andrea does amazing work! 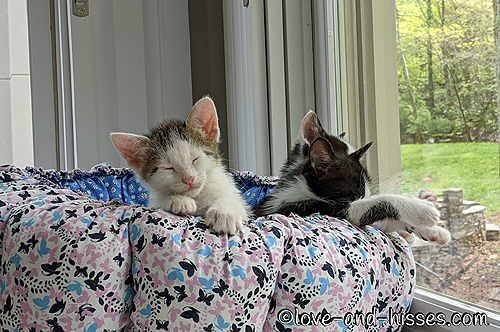 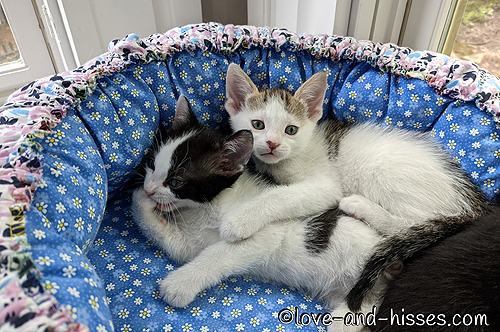 Uno and Whist have a snuggle. 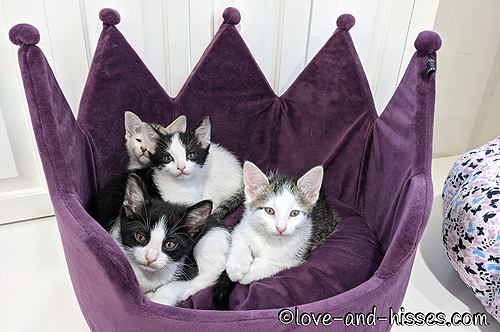 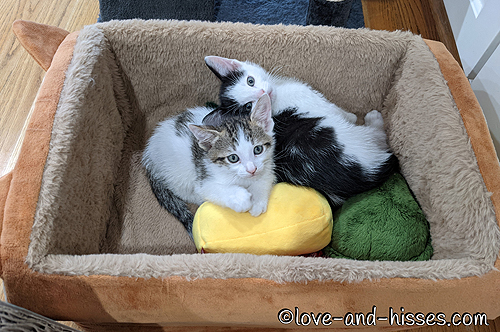 And the boys in the Toastycat bed! (I don’t know why, but I always notice when they divide themselves up by gender or color. Maybe because it doesn’t happen all that often.) 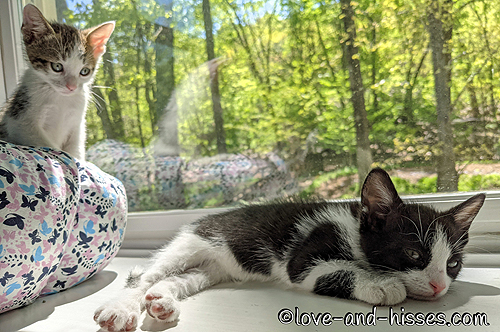 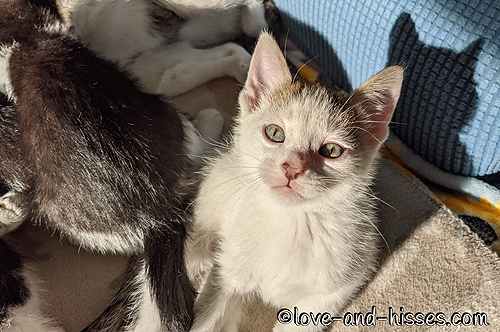 Pretty Whist in the sun. 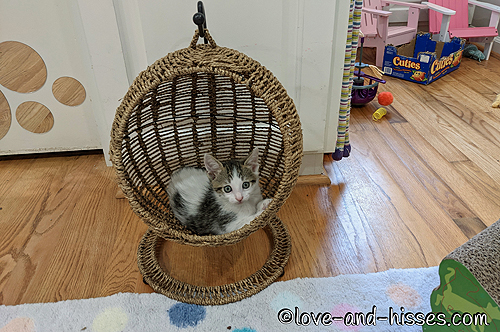 Pinochle still enjoys the Fruitasan. Another couple of weeks, he’s going to be too big for it. 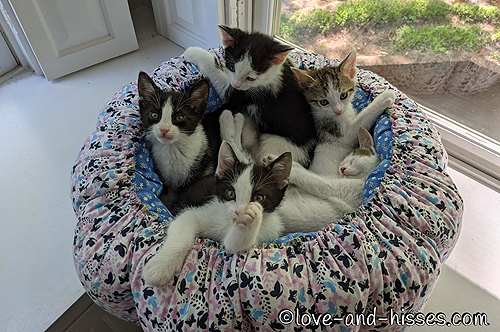 There are 5 kittens in that bed, and I suspect Fizzbin would have fit in there just fine. 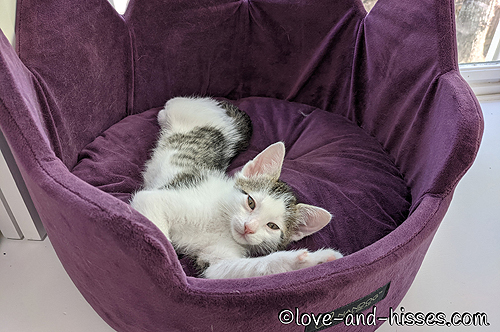 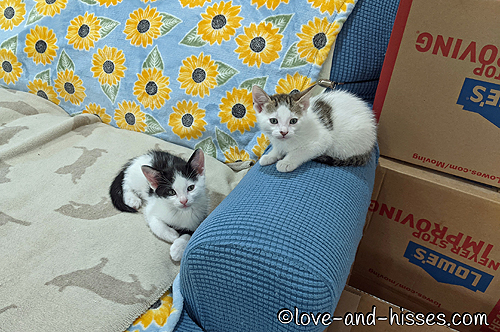 Slapjack and Whist are having a gossip session. 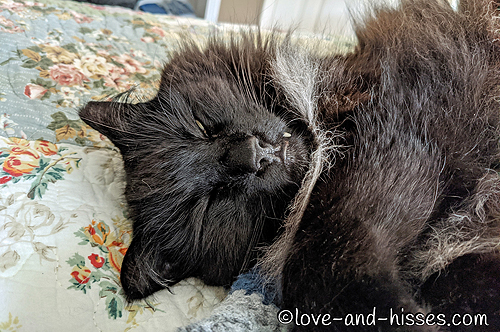 Even with one fang sticking, he’s one magnificent Khal.