Naturally, as soon as I said how we were going to deal with letting the kittens out into the rest of the house, that changed. Yesterday morning I went up and let them out of their room, and they promptly went to the bottom of the stairs and meowed sadly at how all they wanted in this world was to be let out into the rest of the house, but that mean lady wouldn’t let them.

I can only stand so much sad meowing from tiny kittens, so I caved pretty quickly.

Everyone except Beulah immediately came down and spread out through the house. Our cats were NOT impressed with the tiny interlopers, but they didn’t actually smack anyone, just hissed a lot.

After a couple of hours of the kittens exploring and sniffing at the big cats and eating some of their food, I realized it was pretty quiet, and then I heard an inquisitive meow. Miss Beulah had figured out those stairs and come to see where everyone else had gone. Where was everyone? All curled up in a cat bed, looking kind of scared and lost.

We could not find Beulah and Phinneas ANYWHERE. We looked in all the nooks and crannies of the house, called and called for them, and nothing. I wasn’t worried, because I knew they had to be in the house somewhere, but I WAS very confused.

I was looking around in my room, then suddenly heard a wee meow. I turned around, and Beulah was coming out from behind my laundry basket, looking sleepy. So now we had everyone but Phinneas, and after five more minutes of searching, he just kind of appeared in the middle of my bedroom.

Kittens find the most amazing places to curl up and hide, don’t they? 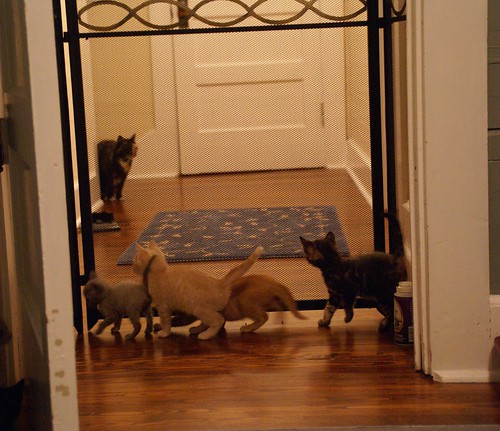 Kittens looking through the screen at Miz Poo, who cannot be bothered to even look their way. 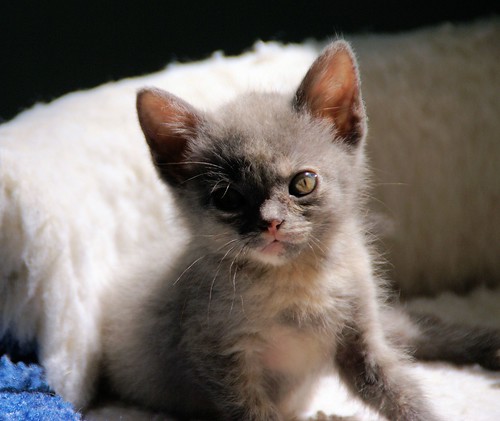 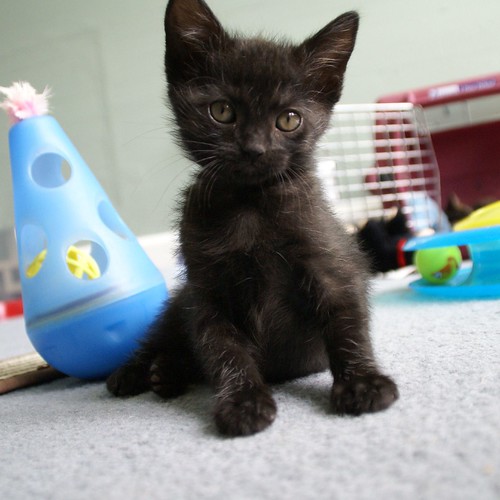 Possibly this would be a better picture if I could ever hold the camera straight, ya think? 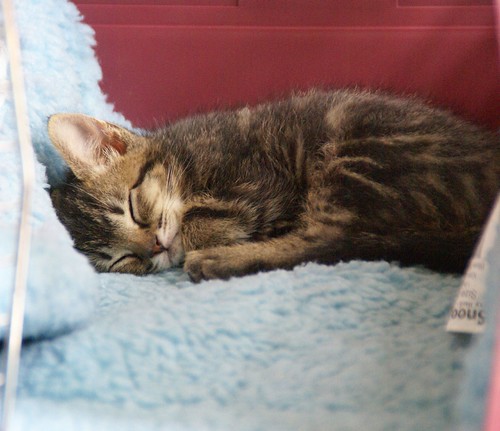 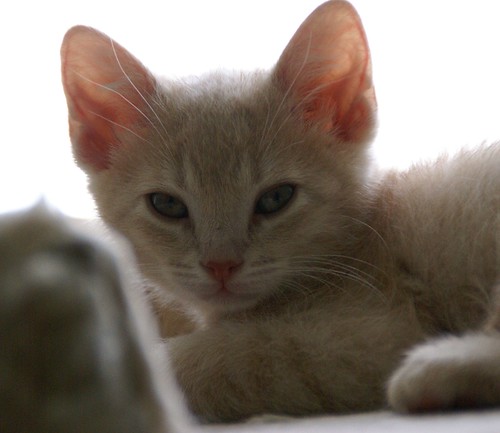