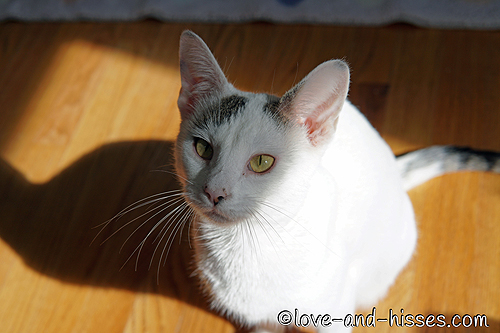 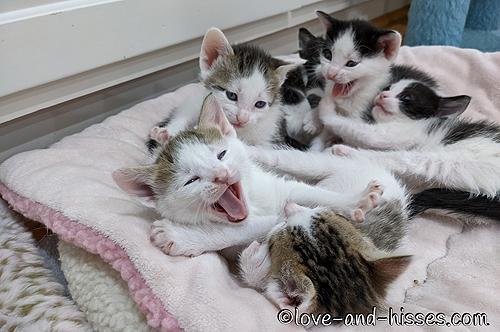 Whist is all “YAWWWWWWWN” and Slapjack’s all “KEEP IT DOWN OVER THERE!” 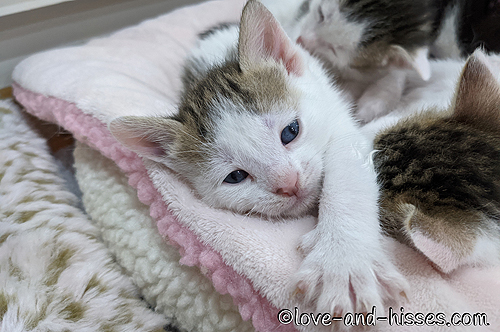 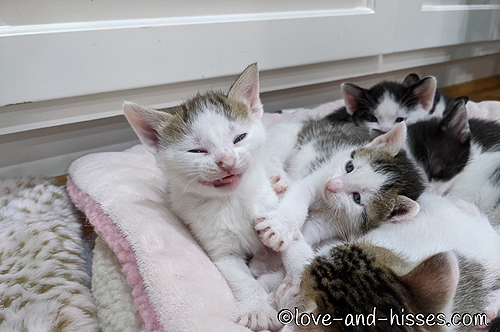 Whist is laughing at her own joke. 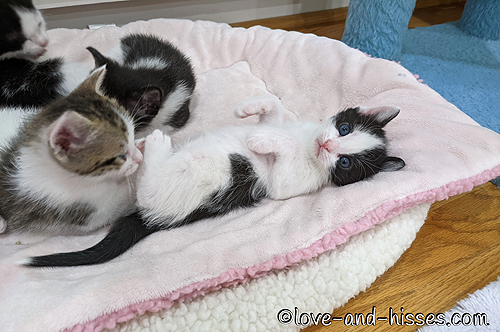 Uno wonders “Is… is someone smelling my foot?” 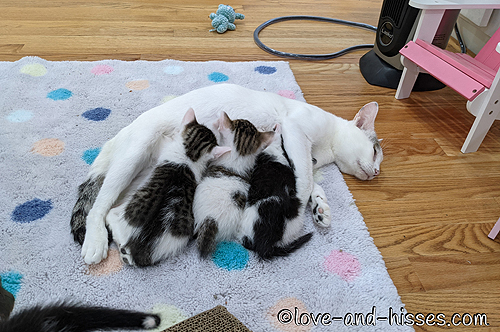 At this point, even 3 at the milk bar is a bit of a crowd. 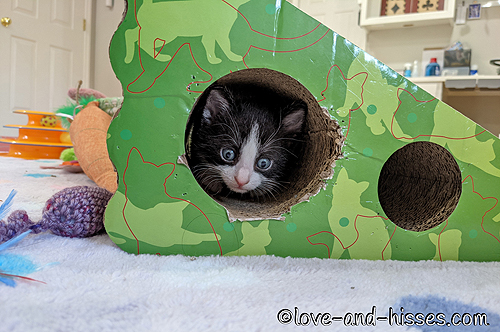 Rummy was born looking like she’s Seen Some Things. 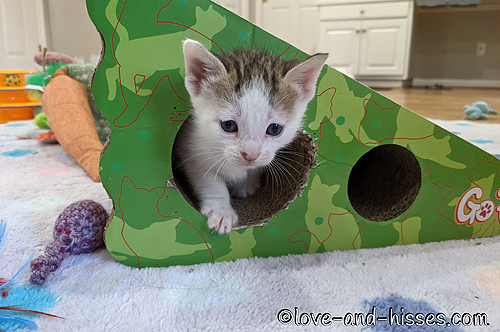 Whist is coming through! 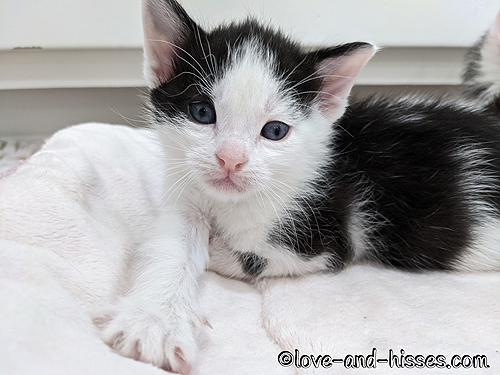 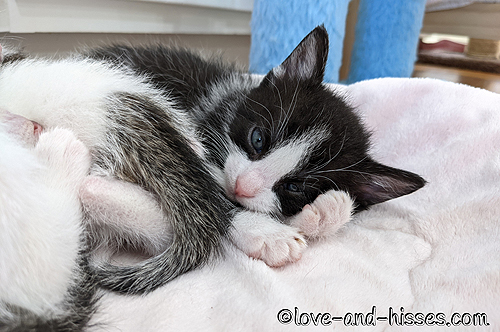 Rummy has a sleepy. 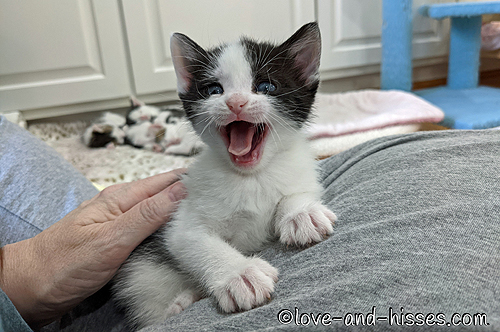 Uno is always the first one to climb into my lap, even when she’s sleepy. 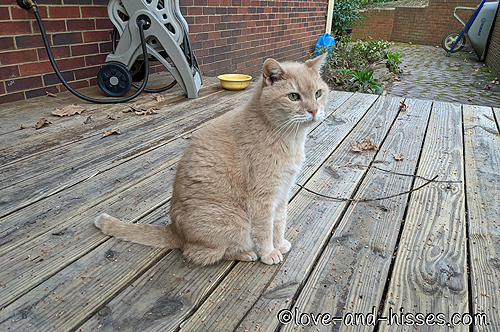 Newt has a think.