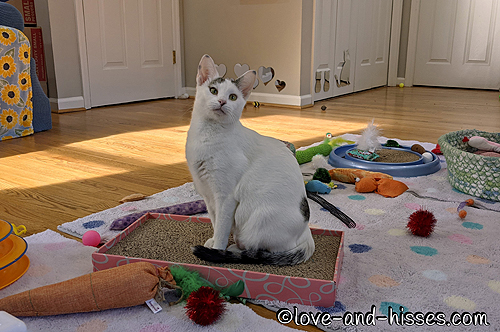 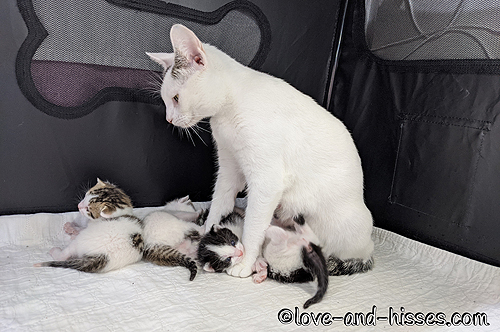 Back to the grind. 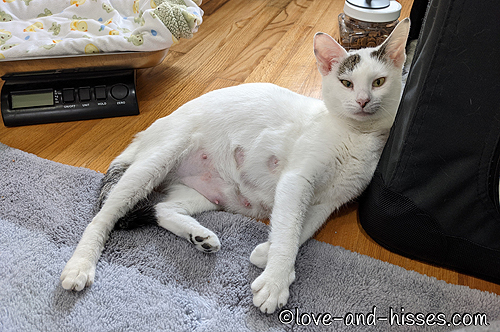 Another little bitty break. Yeah, her abdomen looks rough – she’s got a rash between her two hindmost nipples (I’m putting a dab of coconut oil on it, which is neither helping nor hurting – the rash certainly isn’t bothering her, so I’m keeping an eye on it but am not worried. And someone asked if I had shaved her belly – I didn’t, and the fur on the hindmost part of her abdomen seemed to be there one day and gone the next. It’s not actually completely bare – there’s a thin layer of fur there, it just doesn’t photograph well.) 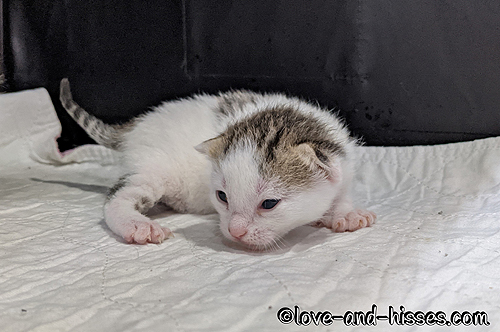 Whist does a toddle. 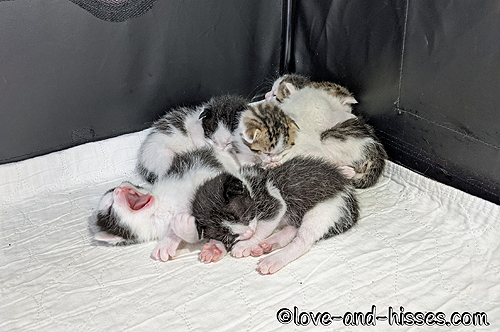 What we have here is a rough life for sure. 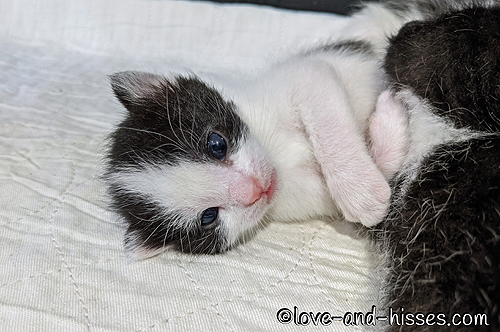 Uno and the bright eyes.

Pinochle’s all “Watchin’ you, lady.” 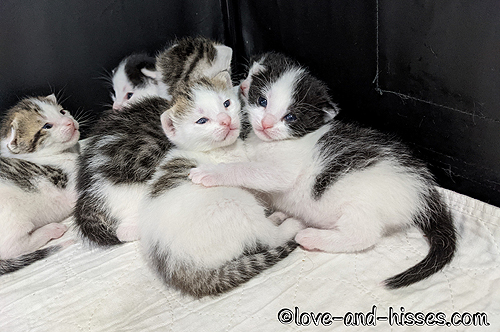 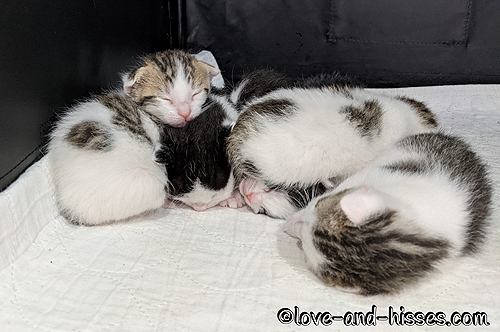 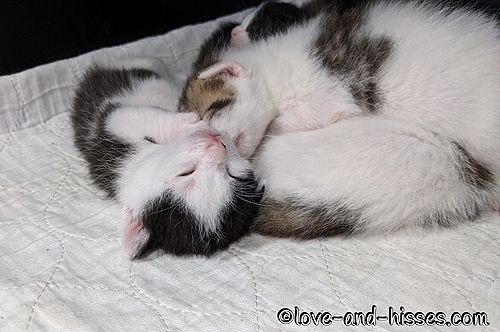 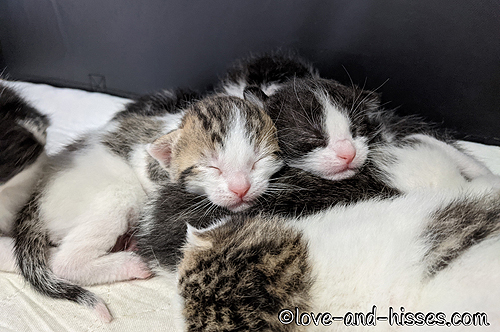 Pinochle and Rummy are out cold. 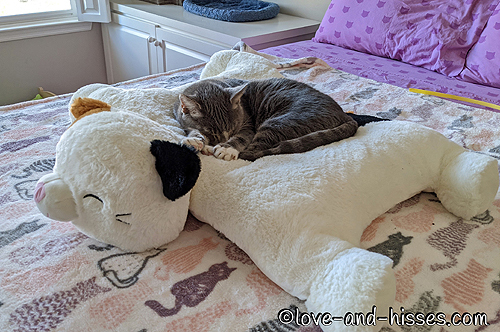 Archie has a snooze. (Seriously, if I’d known how popular that pillow would be with the cats, I might’ve bought two. It’s probably good I didn’t know!)