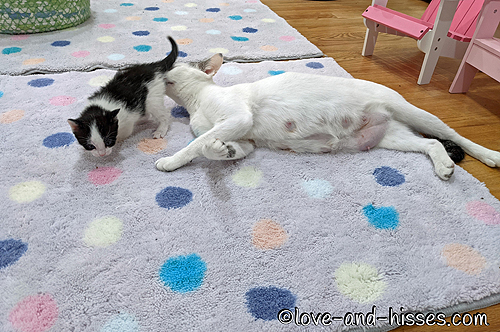 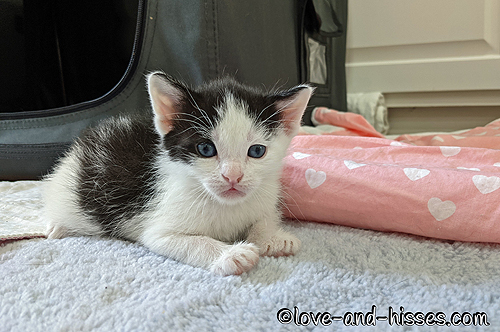 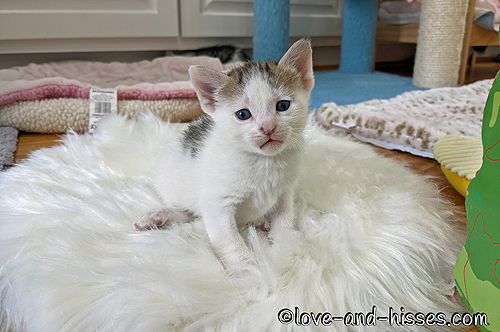 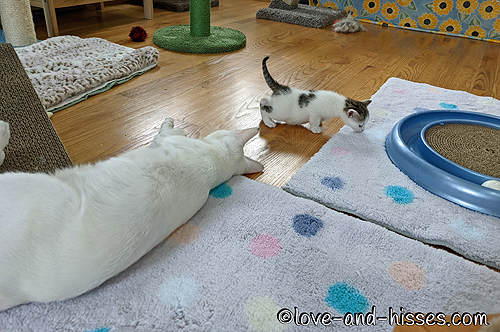 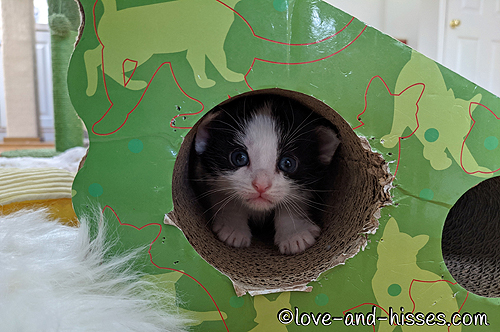 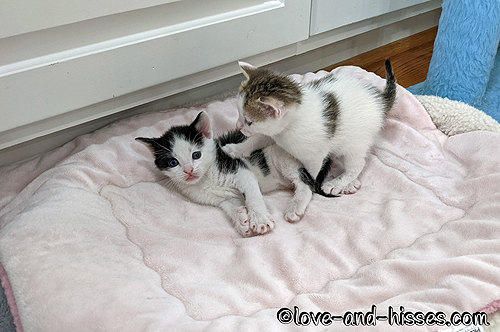 Whist is all “Come on, Slapjack, let’s go play!” 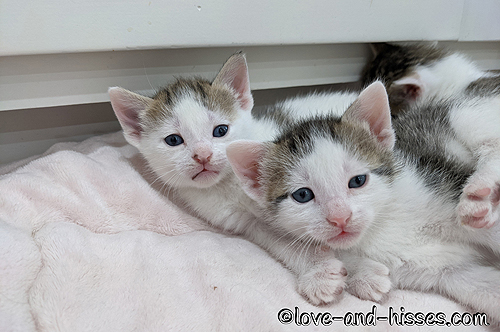 Then Whist goes for the snuggle with Fizzbin. 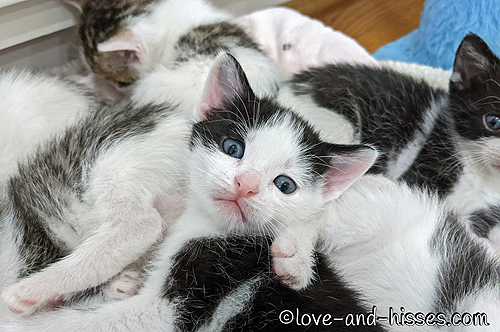 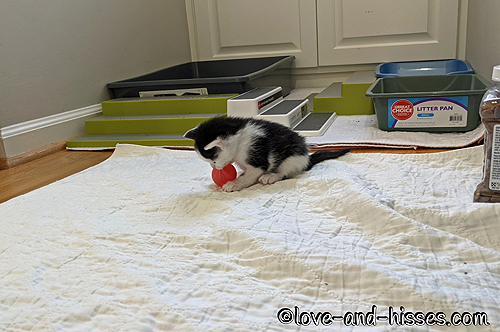 The kittens have started noticing toys and even playing with them. 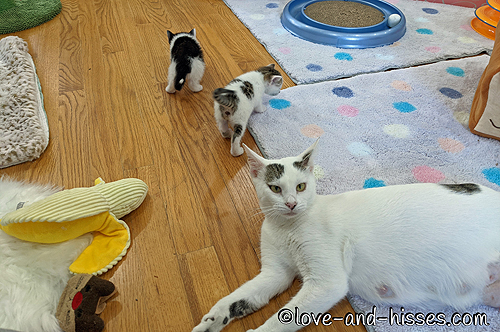 “There they go, exploring again, lady.” Canasta’s got the Ears of Annoyance down. 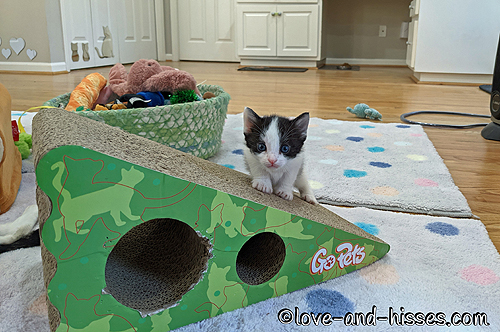 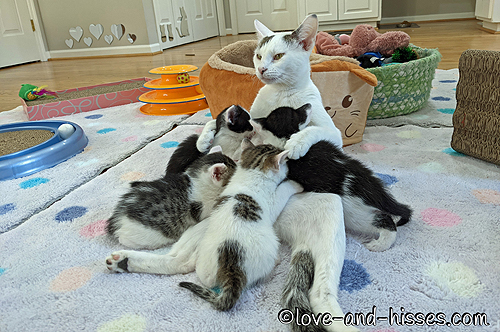 Long-suffering. I would feel more sorry for Canasta except that right before that picture happened, I watched her wake up her kittens and call them over to her. So she’s got no one but herself to blame! 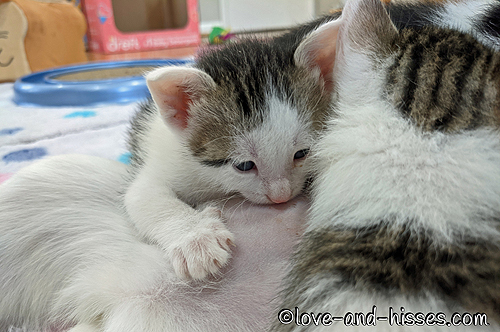 Fizzbin at the milk bar.

We had the drawing for the Phat Cat quilt raffle here Saturday evening. I was curious how the kittens would react to meeting Teresa, because up until now they’ve only come into contact with me and Fred. As it turns out, they didn’t hesitate to sniff her, climb on her, and show off for her. Canasta was perfectly fine with Teresa being around her kittens, mostly wanted to know what was going on. They showed off quite a bit, and here’s the live drawing video, which will hopefully show up for y’all.

If that doesn’t work for you, you can see it (it’s about 15 minutes long) over on Facebook. 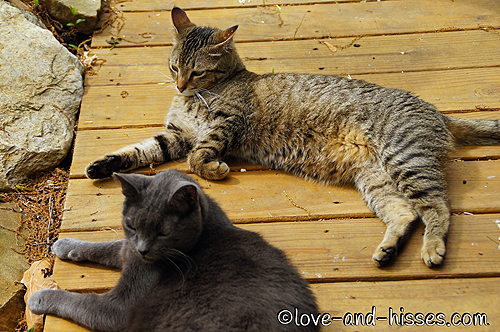