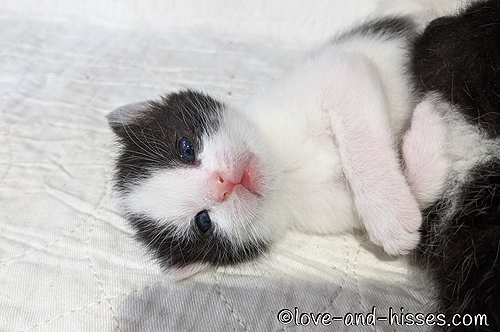 Uno keeps both big, bright eyes on me. 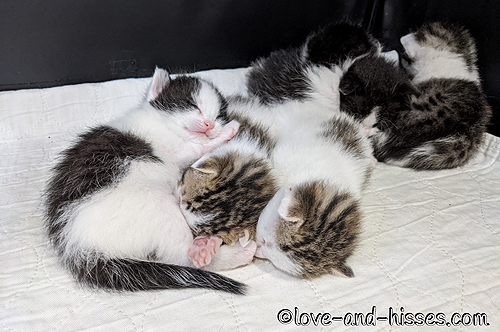 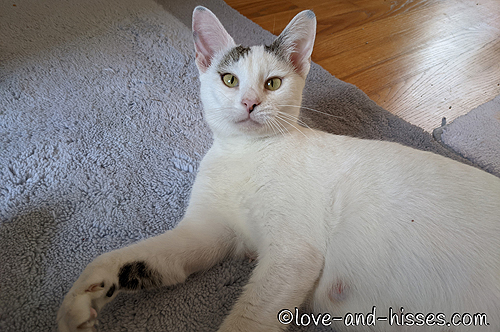 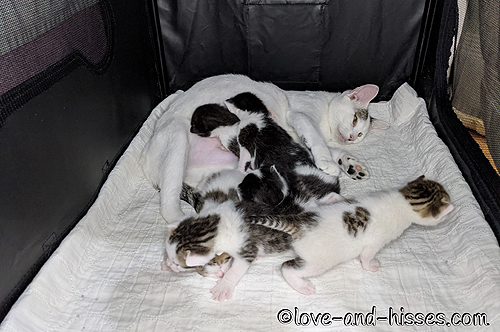 Mama keeps an eye on that wandering kitten (Whist.) 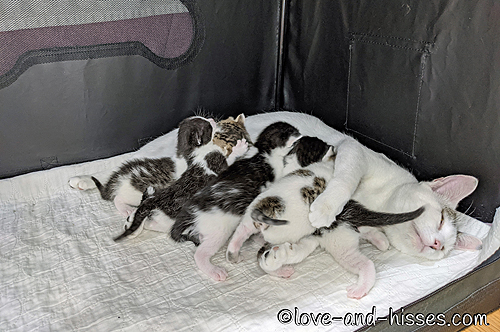 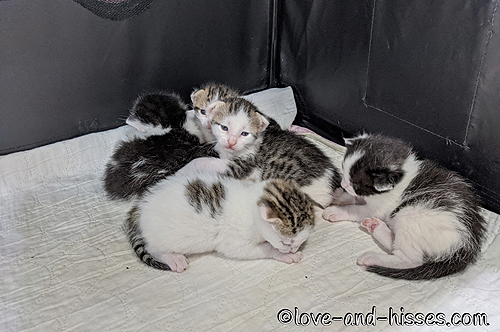 Fizzbin has the MOST suspicious little face. 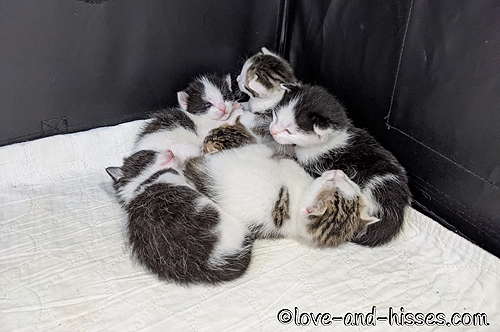 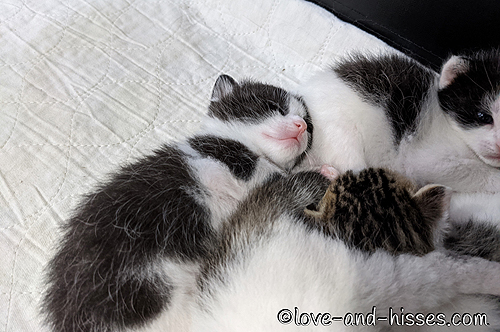 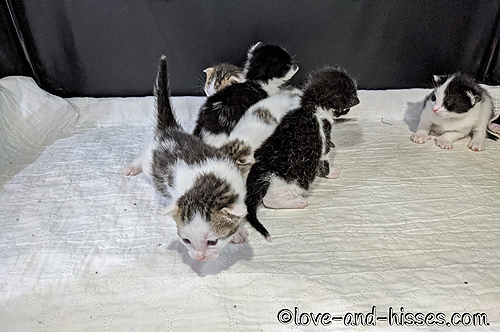 I love it when they toddle around the crate with their tails straight up. 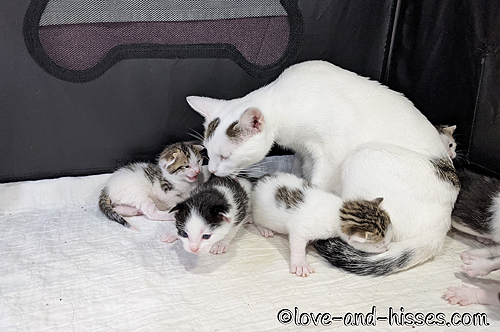 Pinochle’s all “MAAAAAAAHHHHM, you said I was gonna have MY bath next, Slapjack cut the liiiiiiiine!” 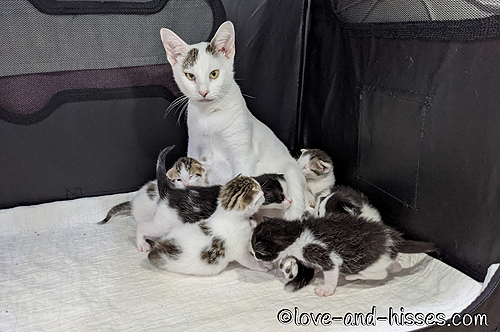 Khal’s DNA test has been completed, and here are the results: 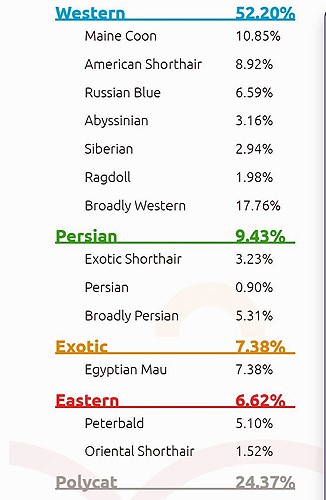 So basically he’s a mutt. (Of course, as more people DNA test their cats, the more information they’ll have to draw from, and maybe the test will pop up with something surprising. It’s entirely possible!) I’ve added his results to his page (which is accessible via the sidebar if you ever want to refer to it again in the future). 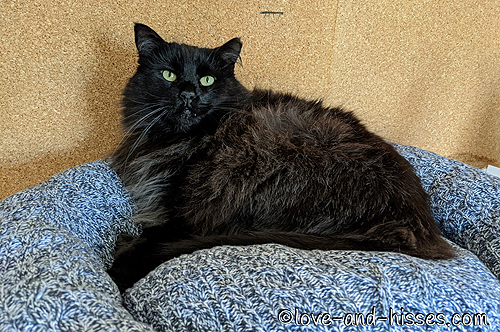