Some of you probably don’t know this – since I never mention it – but when Fred isn’t working or wrangling cats or sighing and rolling his eyes while holding a kitten for me to take a picture of, he writes horror books. His latest book is out today! (Only on Kindle/eBook). 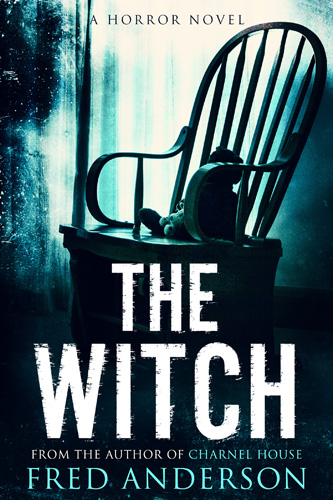 As mentioned: IT IS HORROR. It is occasionally GRAPHIC. Do not come crying to me if it gives you nightmares. I think it’s good (I say, with the caveat that OF COURSE I’M GOING TO SAY THAT), but I happen to like horror. (Of note: his books The Convert (my favorite) and No Limit are more thriller with paranormal aspects than horror.)

(You can see a list of his other books here.)

*I’m just sharing this for anyone who might be interested. If you’re not, that is PERFECTLY fine, you don’t need to explain why. We’re good! 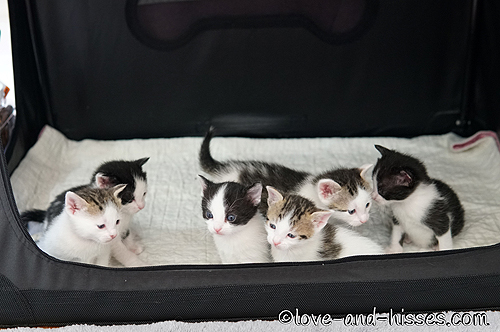 Checking out the view. 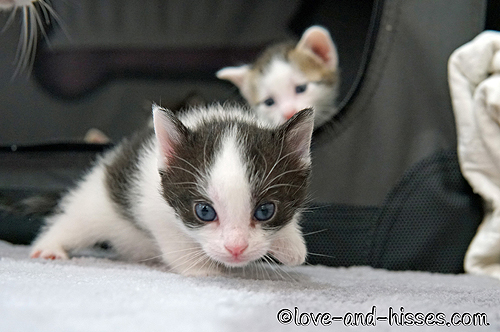 Uno does a sneak. 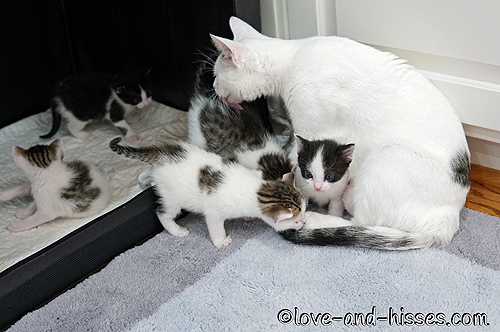 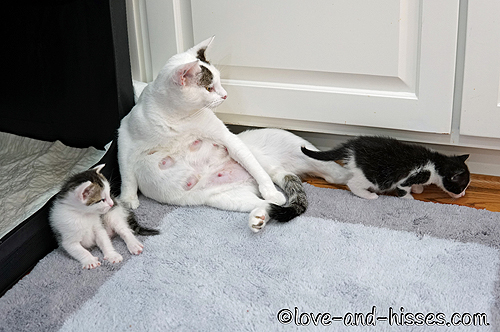 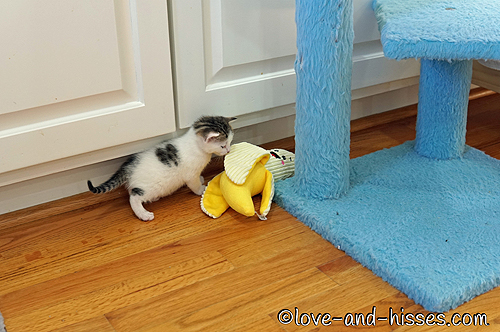 Whist is all “Hello, Mr. Banana. We meet again!” 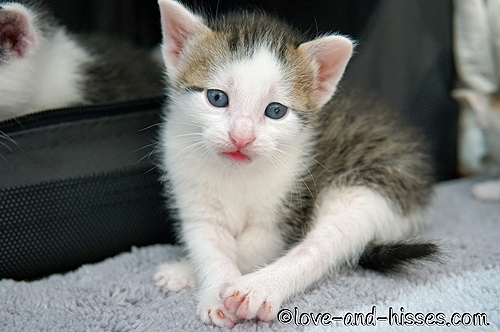 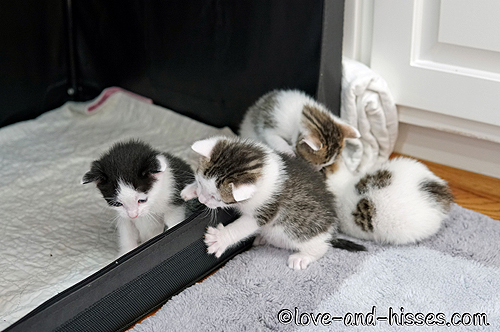 Fizzbin’s all “Come on, Slapjack! Come out and explore with us!” 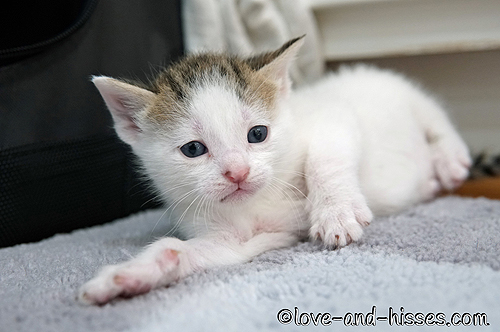 It’s an awfully big world for a little bitty Whist. 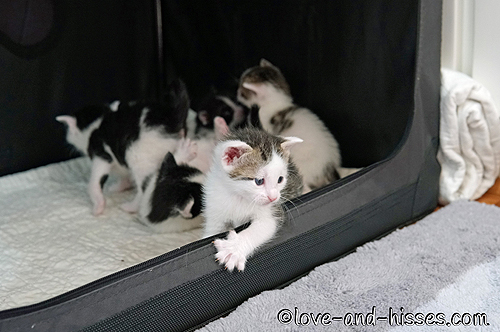 Fizzbin went back into the crate briefly. 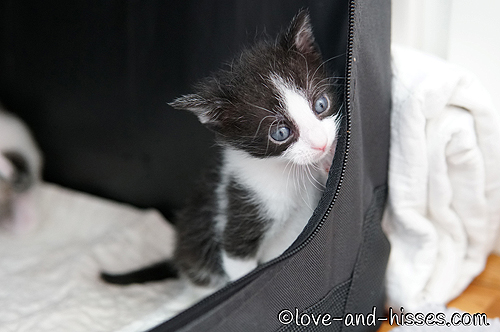 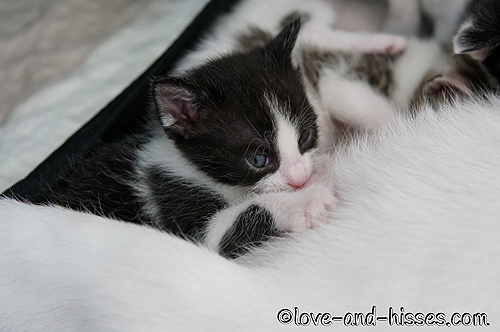 “There’s a milk bar out here!” 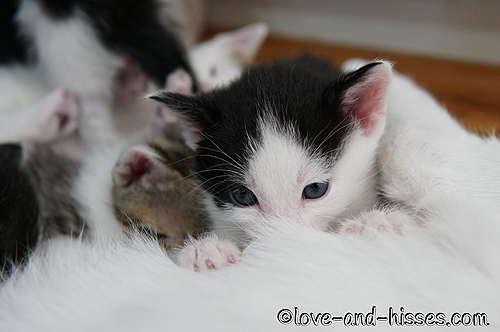 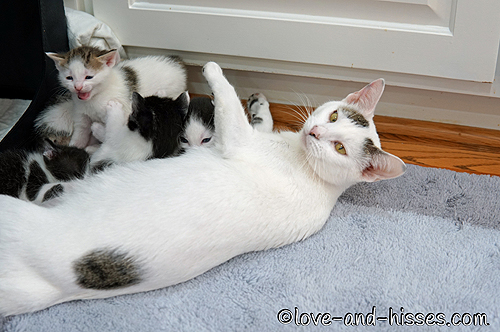 After a day or so of ignoring the fact that they could leave the crate by the front entrance, the kittens suddenly realized that “HEY! There’s this entrance that’s always open!”, and they flooded out and scattered all over the place. So I unzipped the side entrance, and they spent the day exploring the room (well, about 10 feet from the crate) and then returning to the crate to nurse and nap. I give it a couple more days and then they’ll likely decide they’re too grown-up for the crate at all. Today I’m going to get a couple of litter boxes set up with plain clay litter, and will introduce them to it. They generally start showing interest in the litter box around 4 weeks; some kittens a little earlier, some a little later. I’ll also put washable pee pads everywhere to catch any accidents.

Our babies are growing so fast! 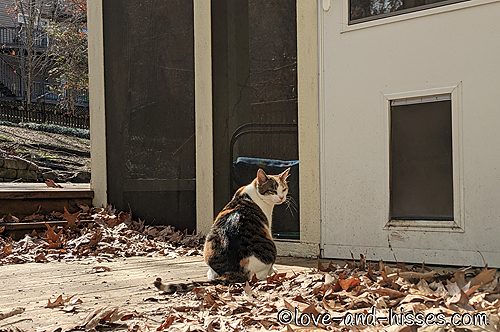 Alice Mo
the calico
wants none of my shenanigans
(yo)