Things APPEAR to be working on the site, at least for right now, let’s all cross our fingers that things STAY working.

In the meantime, I got a bunch of comment-questions yesterday, so let’s address those.

There was a comment yesterday (by Jennifer) about you keeping Canasta which I had already commented about and you, of course, ignored. I’m just putting in my two cents again to say I still think this. Your sidebar needs to be evened up with another permie photo beside Charley’s photo! What does Fred think? Can he be enlisted in the cause?

Since ignoring the question doesn’t appear to be making it go away: There is zero chance that Canasta will become a permanent resident.

When answering this question in the past (because it is suggested over and over and over again with literally every single cat and kitten we have ever fostered), I’ve earnestly explained the reasoning behind why said cat or kitten would not be joining us as a permanent resident. That has led to people explaining back to me how I’m wrong. As a result y’all don’t get an explanation. You’ll have to assume that there are reasons and they are valid.

Canasta is awesome and whoever adopts her will be a lucky family. If YOU would like to adopt her in 3-ish months when her kittens are weaned, you can email Forgotten Felines of Huntsville at info (at) ffhsv.org to inquire.

(This is not a request for negotiation.) 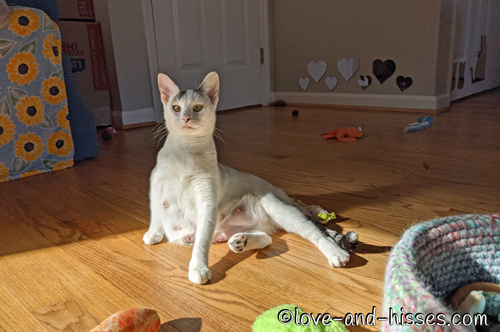 I’ve also noticed that you can tell the three black-and-whites apart by how far the black comes down over their eyes: Uno: outer corners of both eyes; Slapjack: right side only; Rummy: full eye coverage.

That’s exactly how I tell them apart!

I asked this as a comment to one of your photos, but in case you haven’t seen it, when do you think you’ll be getting the results of Khal’s DNA test?

Initially they said that it would take 4-6 weeks (and it’s been 3 weeks since they received it), but yesterday afternoon I got an email from Basepaws (the company doing the testing) saying that it might take an additional 1 – 2 weeks because they work with partners who are doing a lot of COVID testing, which has slowed things down. So we’re in for a few more weeks.

Now that their eyes are opening, how long will it be until they are able to focus? And what about their hearing? Do they start hearing about the same time as they can see? That would be quite the shock to the kitten psyche! And why have I never wondered about this before??? Maybe it’s because these kittens looked so much more “grown up” when they were born….

I don’t really know how long it’ll take them to focus – I feel pretty sure that at this point everything is blurry shadows to them. Maybe a weeks or two?

As for hearing, their hearing kicks in at about 2 1/2 weeks, though I think that’s a gradual thing, I don’t think it’s a matter of them suddenly waking up and being able to hear. 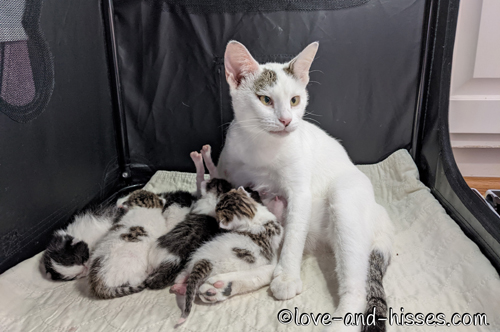 Those little legs up in the air back there are killing me. 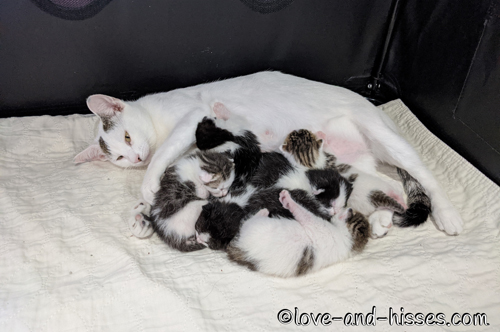 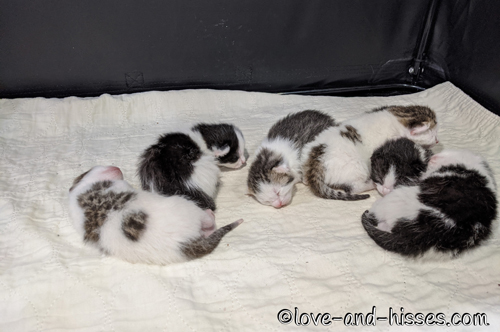 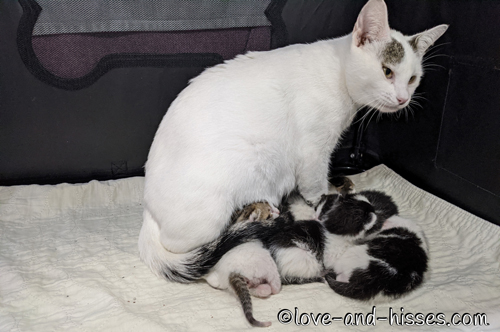 I love how her tail is draped over a couple of the kittens. 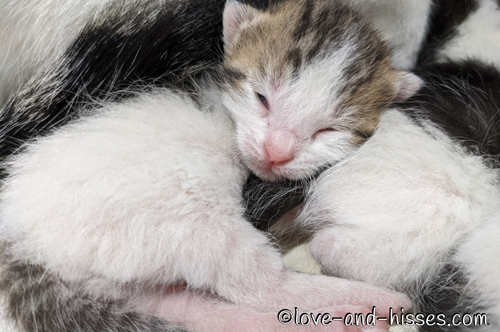 Pinochle has a smug. 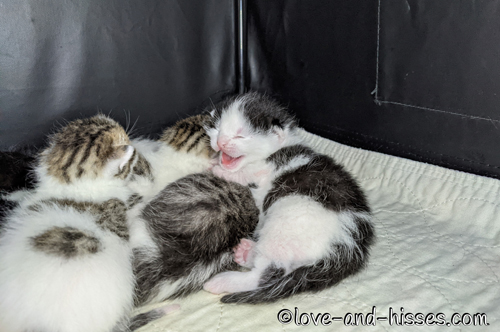 A half-hearted hiss from Uno. 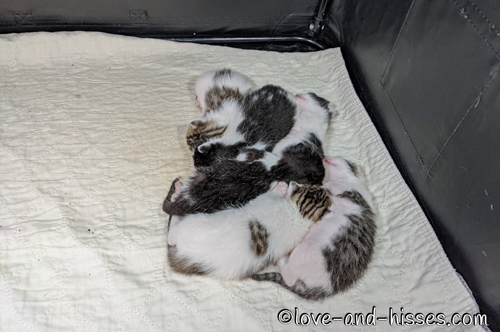 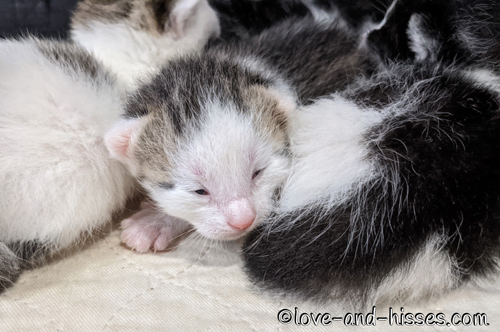 Fizzbin wonders why there’s always a butt in her face. 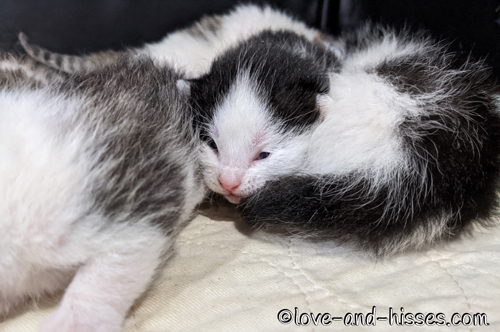 Slapjack peeks out at the world. 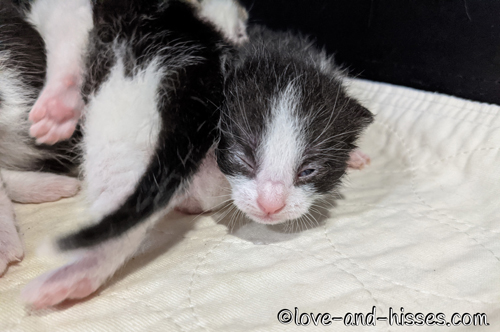 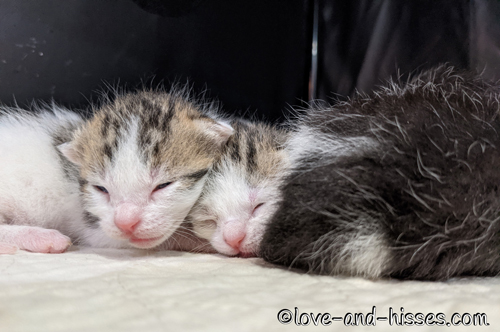 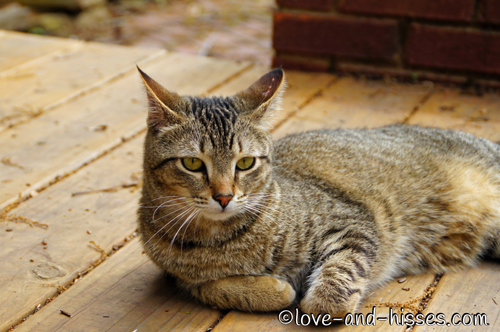 Dewey and the Ears of Annoyance.