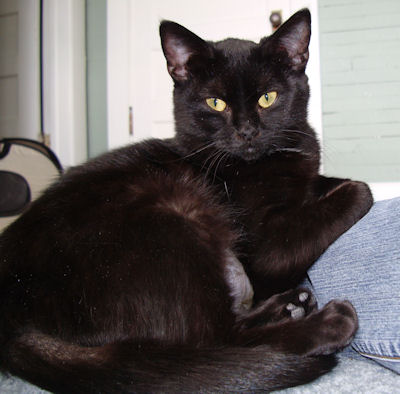 Someone asked yesterday if Maura was going to become a permanent resident. The short answer: no. The slightly longer answer: once she’s cleared by the vet and has had the last of her vaccinations, she’ll be going to the adoption center. The long answer: we have 11 cats, 2 dogs, and a large number of chickens. Fred is unemployed at the moment. We are not adding another mouth to feed to the family, are ya CRAZY? 🙂

She’s a sweet girl, completely laid-back, and good with other cats (as far as we can tell from her reaction to Jake entering her room for the last two nights) – I have no doubt someone will fall in love with her. 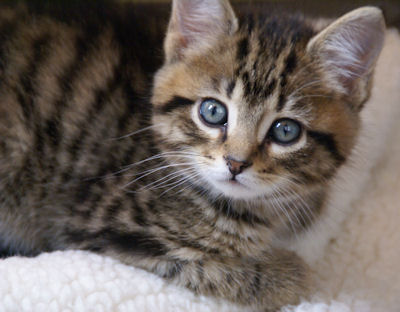 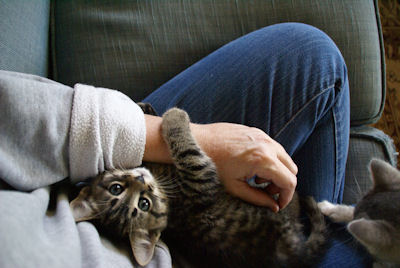 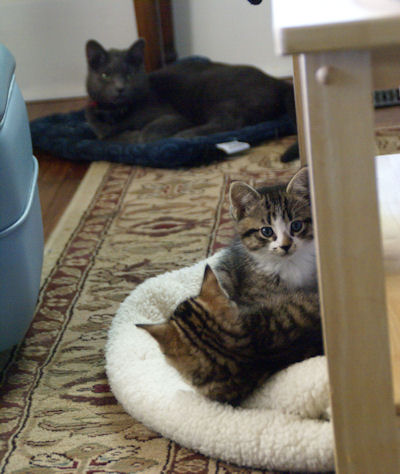 Corbett and Bolitar pulled that cat bed off the bottom shelf of the coffee table and cuddled up for a nap. In the background, Jake is curled up on the cat bed he pulled down from the table under the window. None of the cat beds stay where I put them, is what I’m saying. 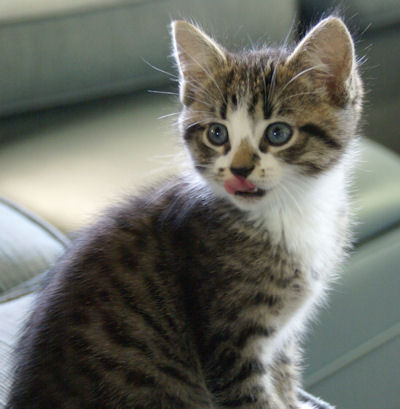 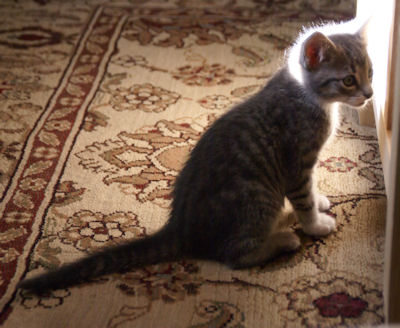 Reacher. Isn’t it amazing how quickly they go from little round roly-poly babies to long and lanky kittens? 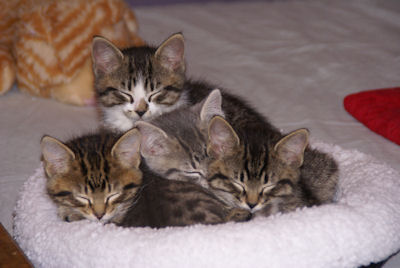 Corbett, Bolitar (in the back), Reacher, and Rhyme cuddle up for bedtime. 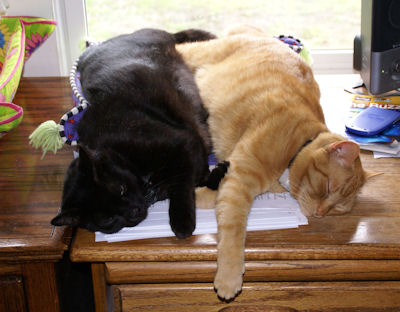 Almost five years old, and Tommy and Sugarbutt still snuggle up for a nap. I LOVE that! 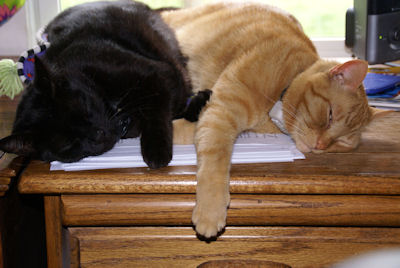 Of course, they don’t fit quite as well in one cat bed as they used to… 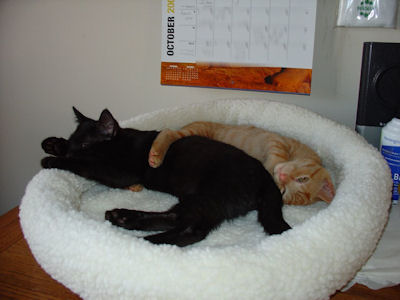