Last weekend, after the Bookworms had finished up their medication, and I was sure that their litter box leavings were as they should be (ie, solid), we opened the door and set them free to roam the house.

(They haven’t been Combo tested yet – we (the shelter manager and I) decided to wait to have them tested until they’re three months old, since if they were tested right now they very well could come up FIV positive because their mother was. Given a little more time, they may come up negative on the first test, which means we could have them neutered and shoot ’em over to Petsmart to be snatched up immediately. And since all our cats are up to date on their vaccinations, I’m not worried about them catching anything from the kittens.)

Jake and Elwood dedicated the first couple of days to making sure the ‘worms knew just who was in charge around here (funny, Jake and Elwood think THEY are in charge, but I suspect the older cats would disagree with THAT), and since then, they’ve calmed down and aren’t harassing the babies too much. 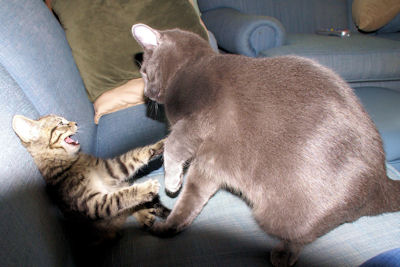 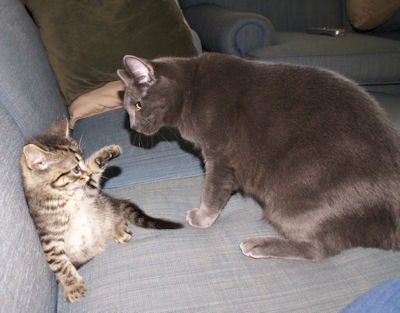 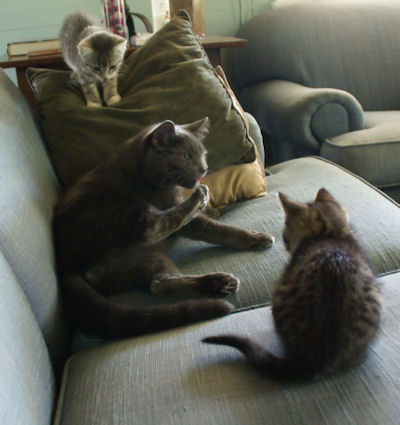 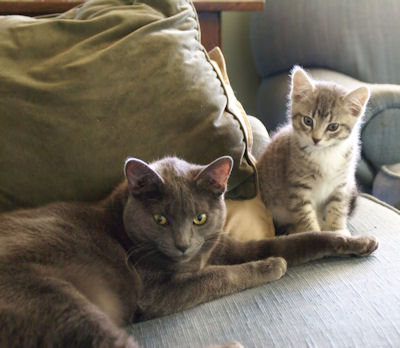 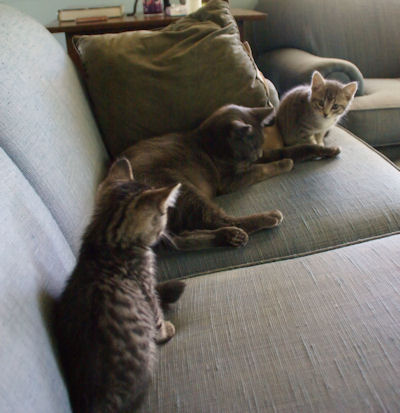 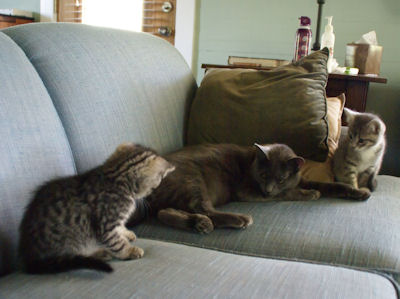 “Hi, Mister! Hi! Whatcha doin’, Mister? You wanna play with us? We found a mouse and we was batting it around, but one of the big cats came and took it away from us, then hissed and smacked at us. That was mean, we just wanna play. You wanna play? Huh, Mister?” 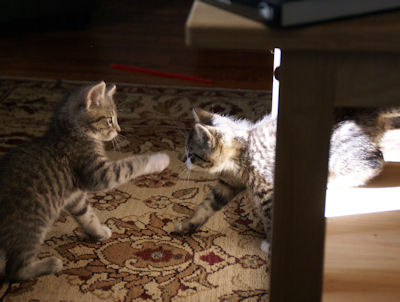 They really like the coffee table in the front room. Bolitar was hanging out there with his back end up on the lower shelf of the table and his front paws on the floor when Reacher wandered by. 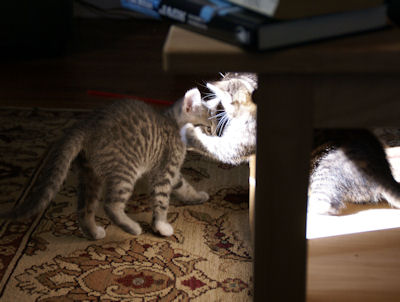 “YOU GO AWAY. THIS ARE MY SHELF NOT YOURS!” 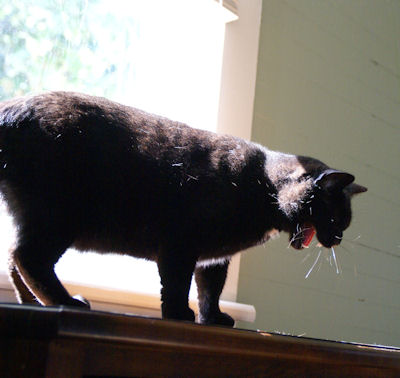 Maxi’s not a fan of the kittens. At ALL. She growls if she even sees one. 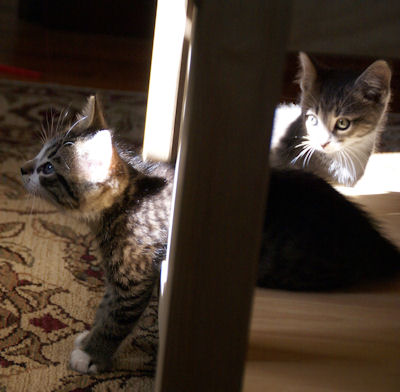 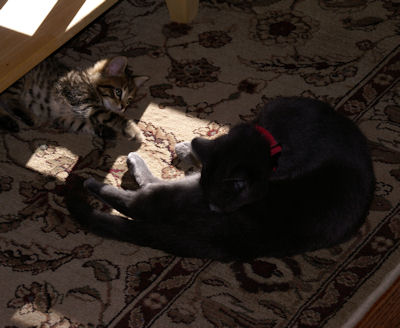 Corbett got flirty with Jake. 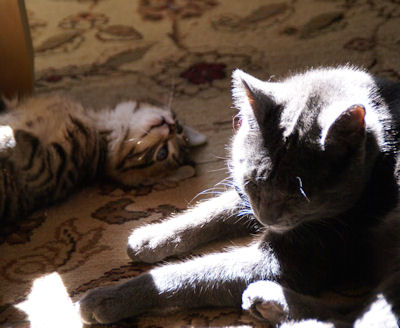 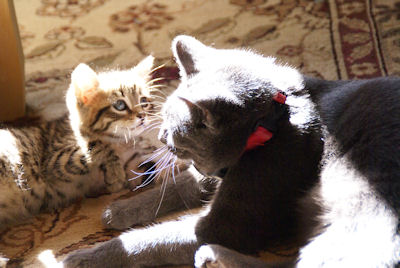 “Hi, Mister! Whatcha doin’? You takin’ a bath, Mister? You have nice long whiskers, Mister. I have short whiskers, but that’s ’cause I’m little. The Lady says when I get bigger, I’ll have pretty long whiskers like you. I can’t wait! I want to have long whiskers too!” 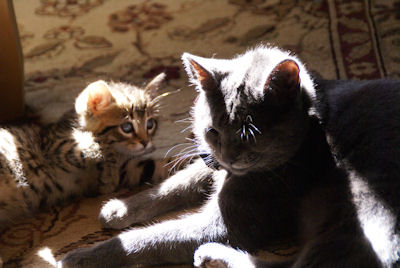 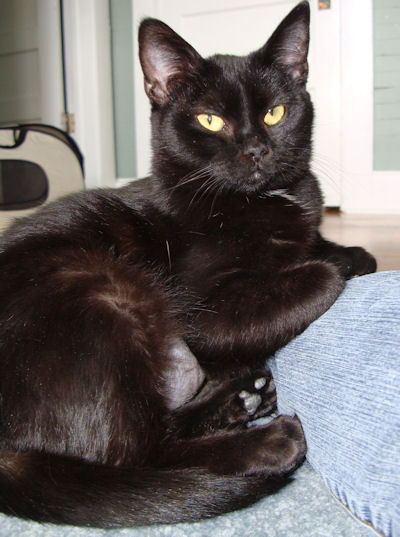 Beanie asked yesterday if Maura’s doing okay after her extra treats and special food went away. The answer is that yes, she’s doing just fine. She hasn’t complained at me at all, she’s not howling at the door in anger, she’s just happy to see me show up and hang out, and just as fine with me leaving. I am not kidding when I tell you that she’s one laid-back cat. Last night when I went into the room to hang out with her, Jake ran into the room. I didn’t chase him down and toss him out because I wanted to see how she’d react to him. She ran over and sniffed at him, then sat in the middle of the room and watched him run around and sniff everything. No hissing, no growling, no food aggressiveness on her part. She was fine with having him in there. Which makes me look forward to getting done with her medication and getting the all-clear from the vet so she can have the run of the house. I suspect that if the kittens ran up to her and jumped on her and batted at her, she’d just lay there and watch them. 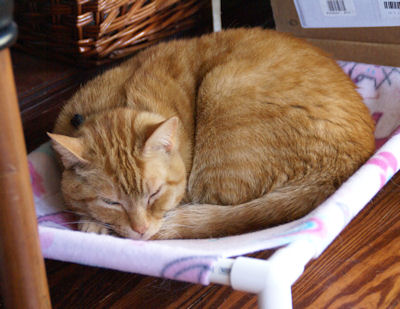