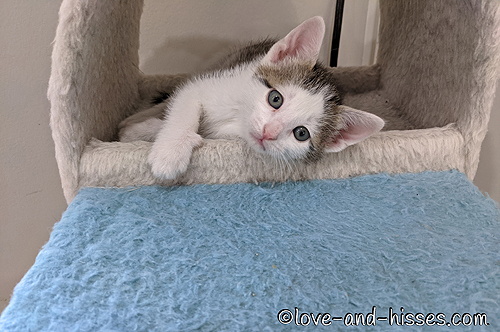 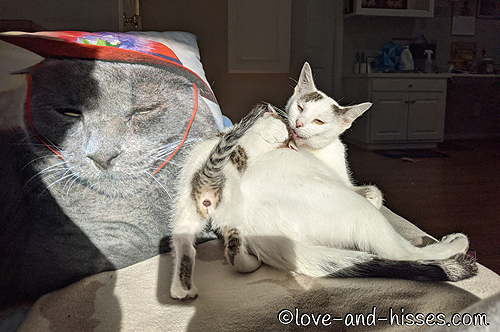 Canasta pulls Whist in for a slurp. 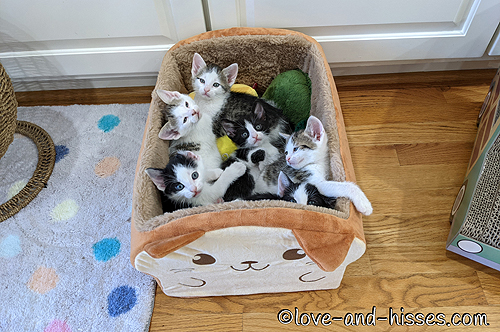 Yes indeed, that is 6 kittens in the Toastycat bed! 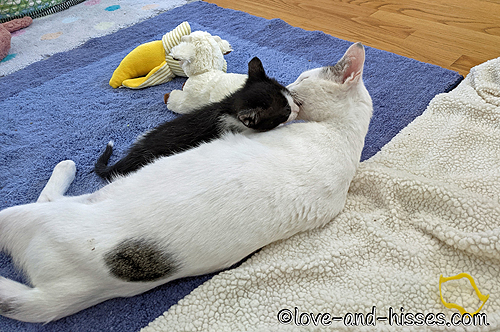 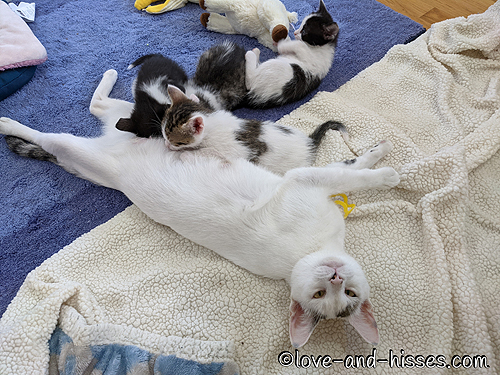 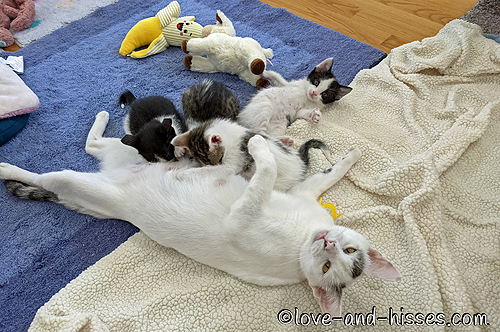 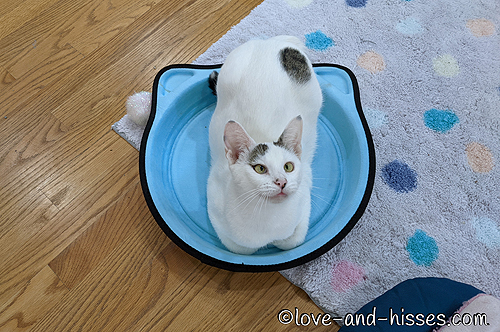 A few people have asked where the pie plate bed (in blue!) came from. It was actually part of a hammock set – like this – that someone sent me. It doesn’t work for me as a hammock just because all the windows in the kitten room are directly above cabinets (where they can sit and look out the windows), but the pie plate has been really popular with Canasta and the kittens. (The original pink pie plate bed is no longer available, and hasn’t been for at least a couple of years.) 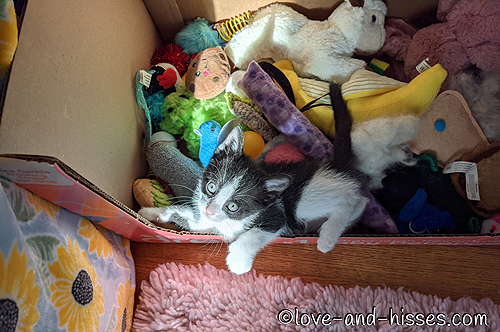 Rummy likes to hang out in that box of toys. 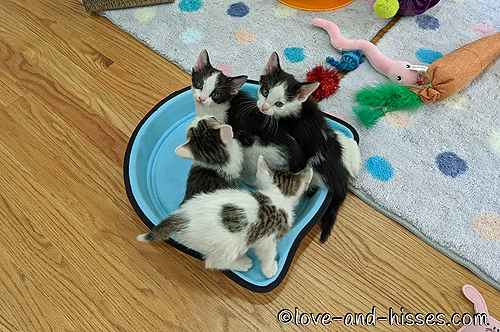 Did I mention the pie plate is popular? 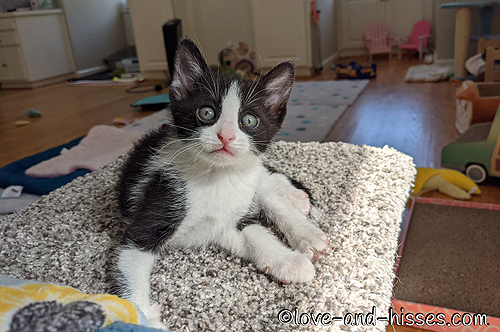 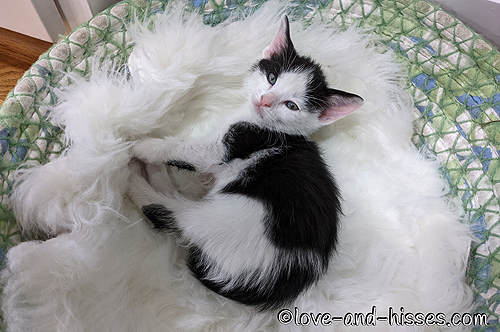 Slapjack has a grumpy. 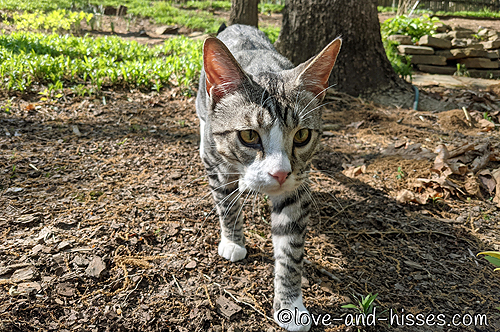 Charlie coming over to see what I’m doing.