Hey! Where did you get the blue pie pan? I have the pink one from ages ago and haven’t been able to find another since!

Betaloop said: It’s this, sold as the bed part of a window bed. Other sellers are now listing the same or similar, so check for lower prices. (Thanks Betaloop!)

Question: A) Do the adult cats find any entertainment in the adorable mirrors you have placed about at eye level? B) if “yes” where did you get them?
Thanks in advance!

They do seem to find them interesting (though I think they figure them out a lot faster than the kittens do), but of course it depends on the cat. 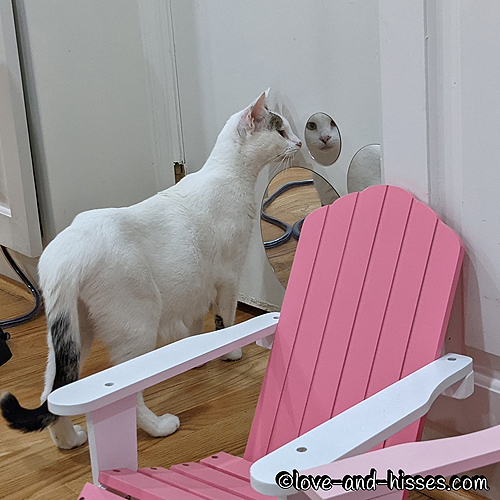 The little round mirrors (like the ones in that picture of Canasta) are a set of round mirrors in varying sizes, and came from Amazon (these are the ones I have; I’m sure there are others out there. They have a peel-away backing, with sticky stuff that makes it simple to stick them to the wall BUT they will pull paint off the wall if you want to remove them. I use Command strips to hang them on the wall to avoid ruining the paint.)

I also have a line of heart-shaped mirrors on the other side of the room (near the door that goes to the stairs), and THAT was an undertaking – I bought a set of mirror sheets from Amazon, printed out a large heart shape, traced the heart shape onto the mirror sheets, and then cut them out. I am not the most steady-handed person when it comes to cutting things, but I think they came out okay. (Those are also sticky on the back, and I also use Command strips to hang those.) Canasta has mostly ignored those, but when Charlie was coming into the room he would often sit with his back to the room and watch for Canasta’s approach in the mirrors.

Talking of loving cat mamas, has anyone seen this adorable clip of a stray cat bringing her sick kittens to a vet in Turkey.

That is SO SWEET! 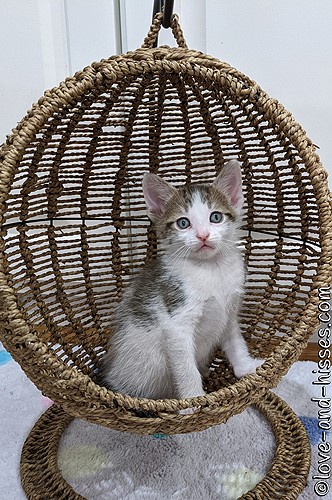 Fizzbin in the Fruitasan, posing. 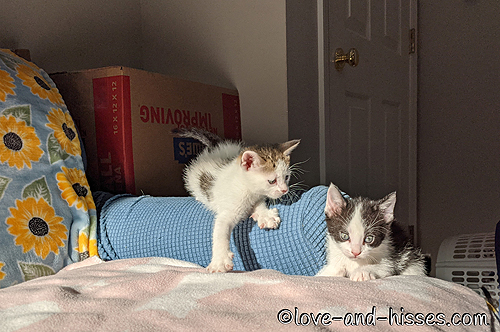 Whist and Uno found some sunshine. 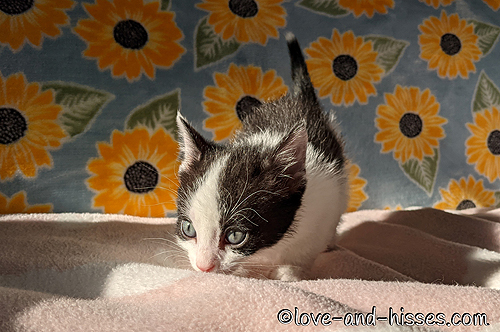 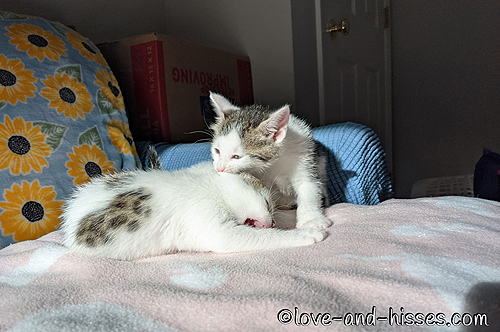 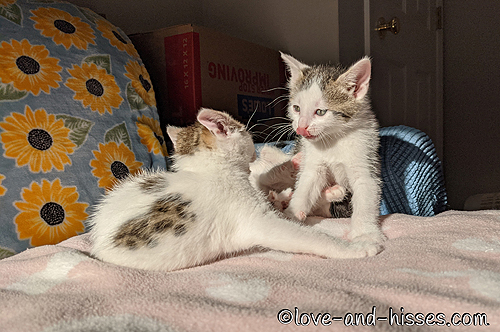 Considering their next move… 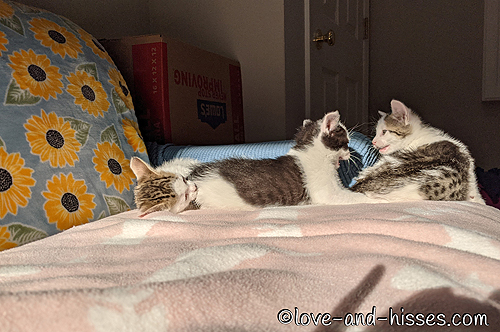 And then Uno gets involved. 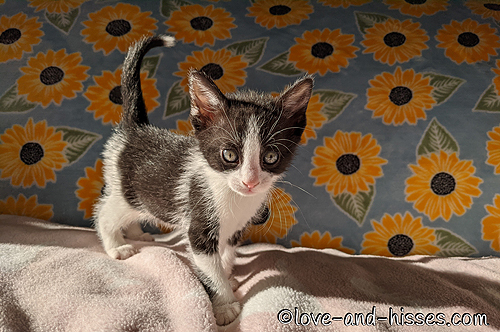 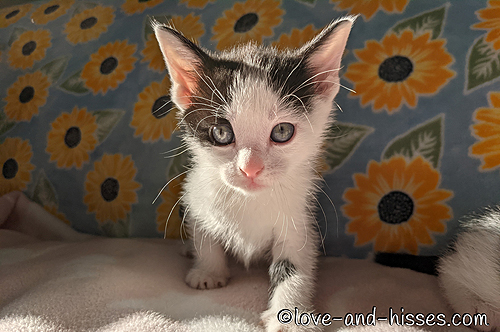 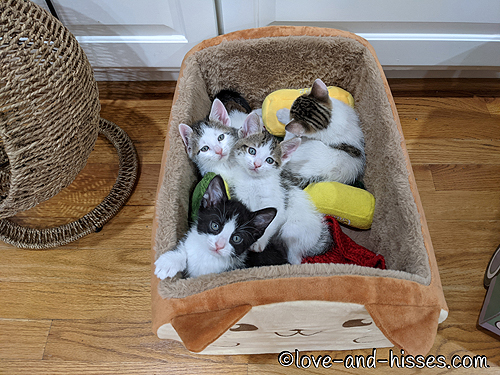 4 kittens in the Toastycat bed: Rummy, Fizzbin, Pinochle and Whist. 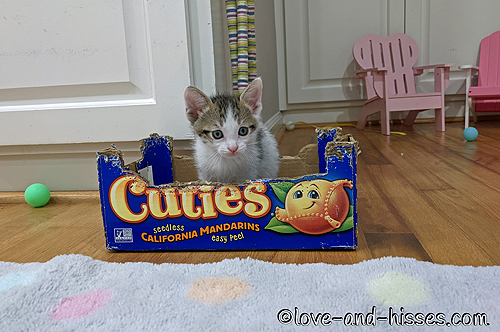 Pinochle is a Cutie. 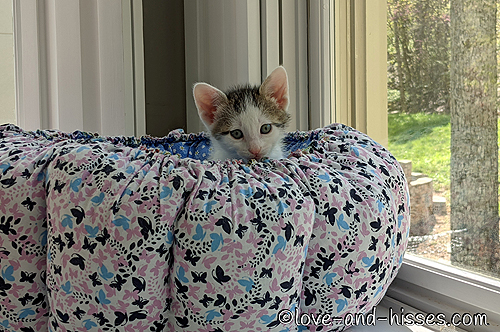 Fizzbin realized that she can get on top of the built-in cabinet… and into this awesome bed.

Would you believe that the kittens are…drumroll… SIX WEEKS OLD now?! Time is just FLYING by. They’re all eating on their own (while also nursing whenever Canasta will allow it, of course.) Since they are eating on their own, I asked Michelle to get Canasta in on the next spay/neuter day, which is in a couple of weeks. I feel like we’re racing toward a heat cycle, and I’d love to be able to avoid Canasta going into heat since I know it’s gonna be LOUD. (On the good side, that girl isn’t going to find ANY unneutered (adult) male cats on THIS property, thank you very much.) Hopefully the spay will happen before she goes into heat… fingers crossed! 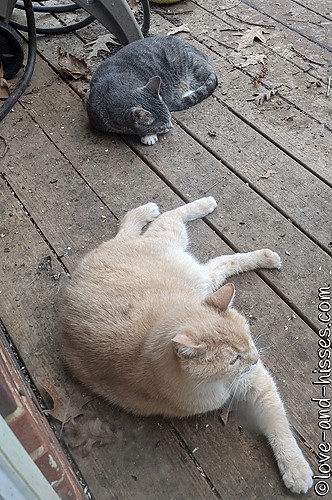 Sometimes Archie and Newt are mortal enemies and sometimes I see them just hanging out together without a care in the world. Total frenemies, these two.