This morning, Lisa came by to get some Noms love, and I was looking forward to seeing how Emmy and the babies reacted to having a stranger in the room. I was a bit worried that Emmy would be freaked out, but she had no reaction at all, really. Lisa even took her life in her hands and petted Emmy, and Emmy allowed it. Well, until the end, when Emmy made it known (via a hiss) that she preferred to be left alone.

The babies had no “stranger danger” reaction at all. They climbed all over Lisa, climbed in her lap, bit her. Newbery especially got flirty with her. I think they’ll all be friendly kittens as they get older, but he’s going to be the lovebuggiest of them all. 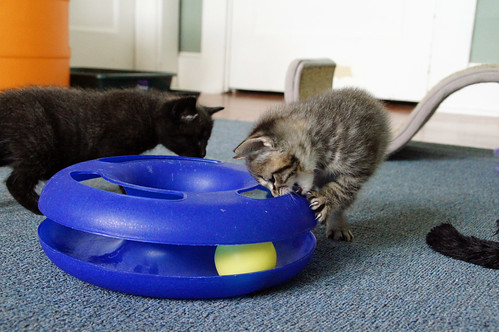 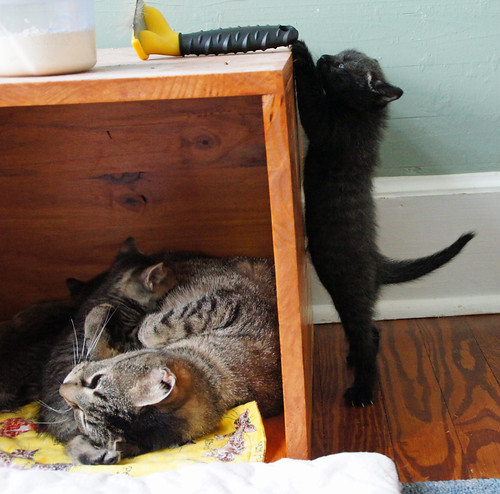 Logie desperately wants to be Furminated. 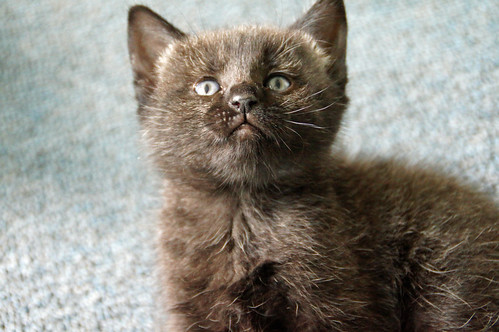 Logie was looking up at me rather than at the camera. Isn’t she gorgeous? 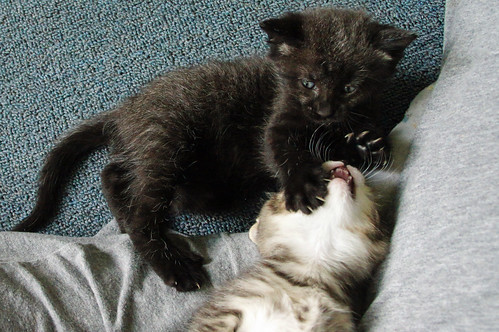 Logie practicing her dentistry skills on, I think, Newbery. 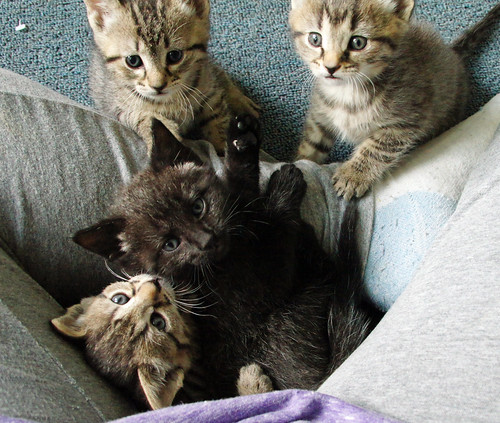 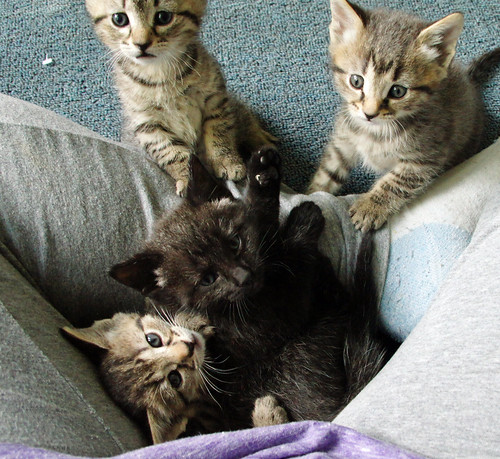 In my lap are Logie and Darwin, that’s Razzie in the upper left, and Newbery on the right. 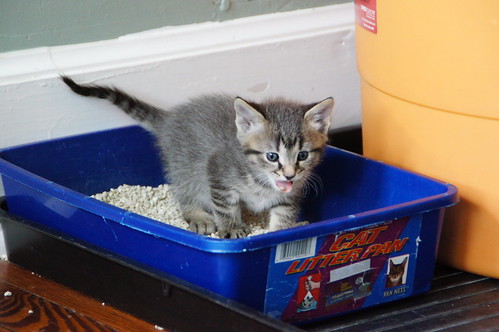 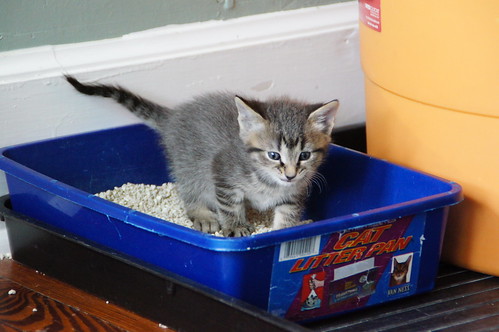 They eat it, and then they make this terribly disgusted face. I’d ask why they eat it if it’s SO gross, but I’m sure I don’t want to know the answer. 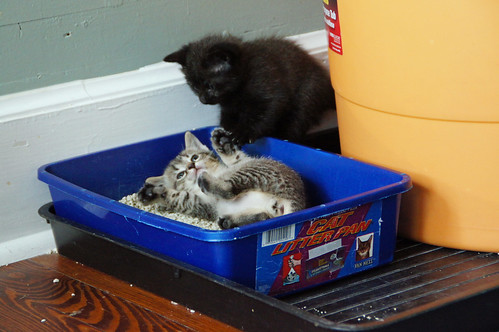 By all means, roll around in the litter box, Razzie. 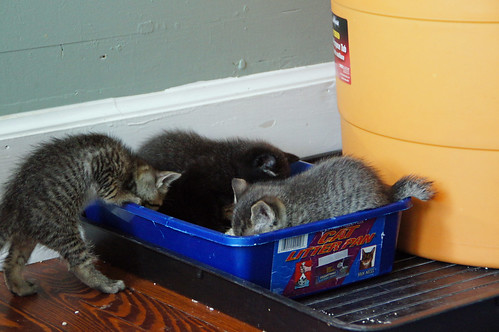 Belly up to the buffet. 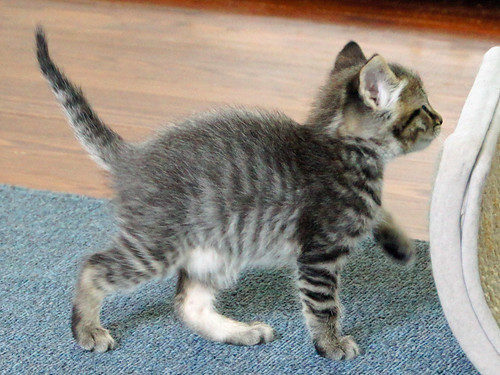 Newbery from the side. 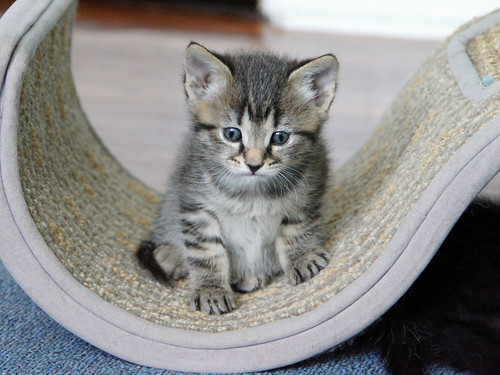 And Newbery from the front. 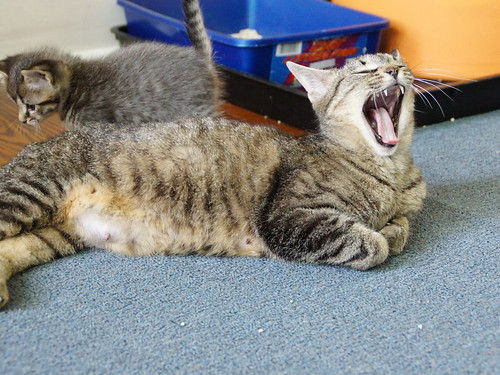 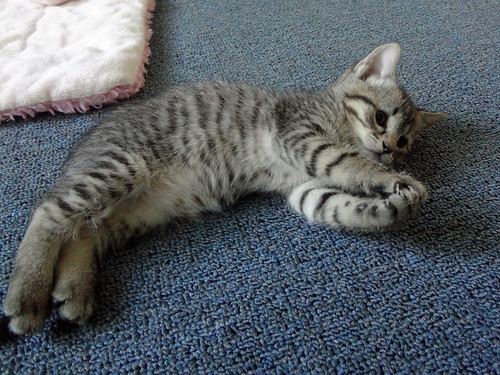 I love how at this age, they can play for hours by just clasping their paws together. (Oh, wait. They can do that at ALL ages, can’t they?) 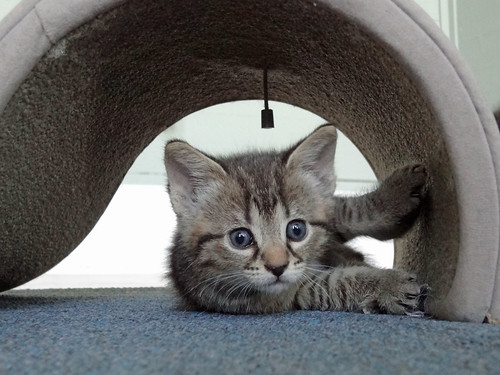 Newbery under the scratcher.

First, me messing with Darwin and then with Newbery.

And then, from earlier this week, the little hellions running around like their tails are on fire. 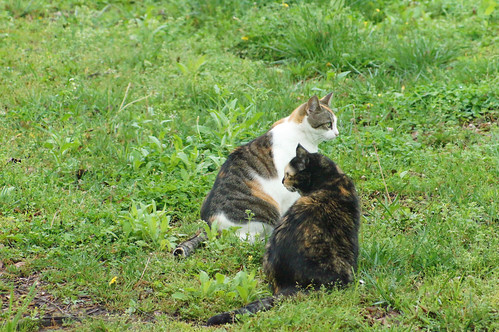 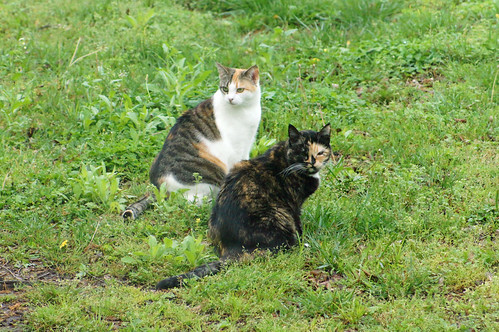 Alice Mo and Miz Poo like to hang out in the back yard and gossip about the boys. They’ve got nothing nice to say about those boys, except maybe Corbie (“He’s dreamy!”)