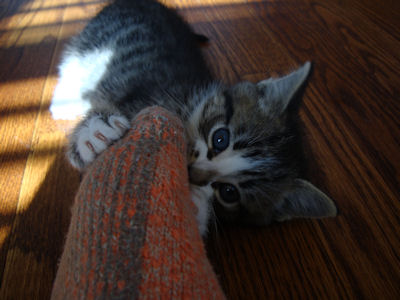 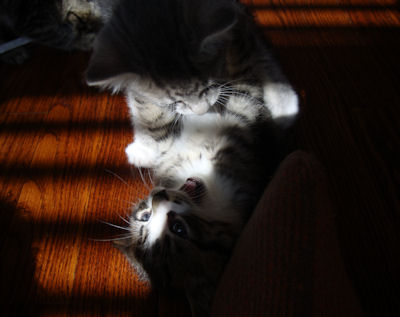 “NO! That are MY foot for chomping on! You go away!” 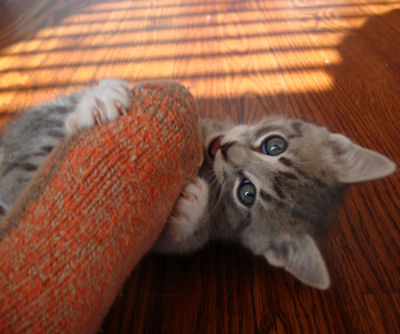 “Hiiii! I’m Reacher, and I’ll be in charge of eating your foot today!” 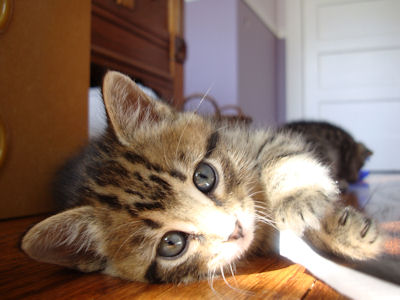 Don’t be fooled by the sweet face. Corbett also enjoys chomping on feet. 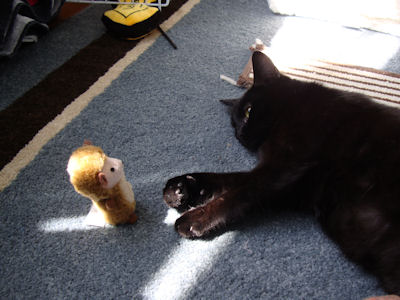 “So I told her and told her I wasn’t pregnant, and she just kept saying ‘Ha, ha, RIGHT you’re not pregnant. Give me those babies!’ and then she took me to the vet, and the VET told her I wasn’t pregnant, and apparently the VET knows more about my pregnancy or lack thereof than I do, and she was all ‘J’accuse!’, but seriously, what did I need to do, spell it out in poop or something? I TRIED TO TELL HER! And now the halcyon days of eating kitten food and sleeping off 63 snacks a day are OVER, and I ask you – is that fair? Am I to be punished for NOT being a harlot?” 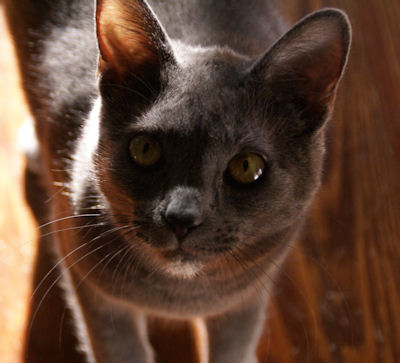 Over the weekend, I spilled half a container of flour on the kitchen floor. Elwood ran right over and started EATING the flour, as if it were the finest cat treat I could have given him. I shooed him away, but not before I got a picture of him. See the coat of flour on his chin? Crazy boy.