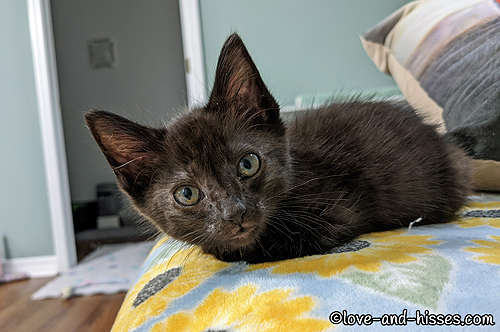 Roger’s all “Why you sittin’ on the floor, lady?” 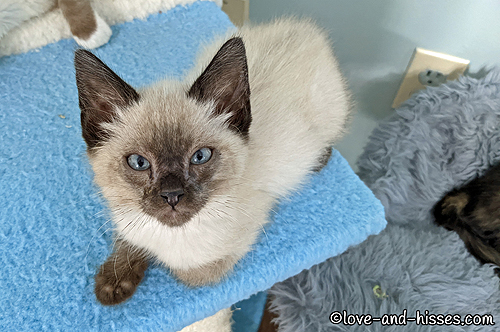 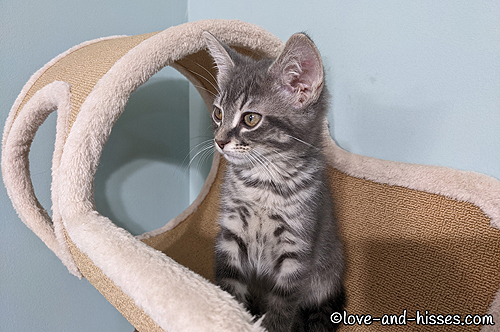 Angus is havin’ a think. 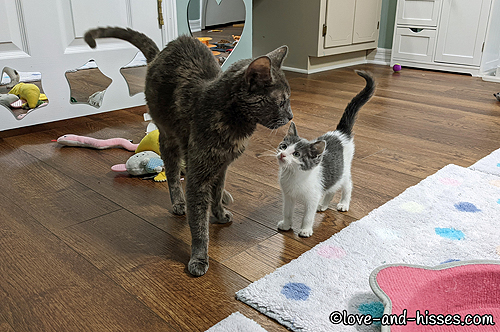 Jocasta might not be Brianna’s “real” mama, but Brianna certainly doesn’t seem to know (or care). 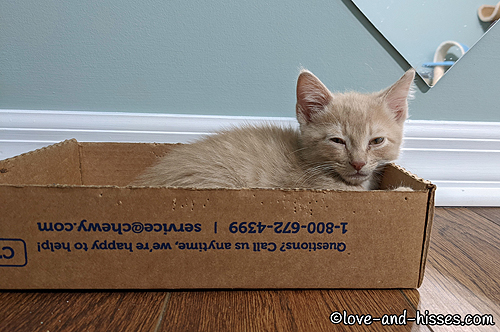 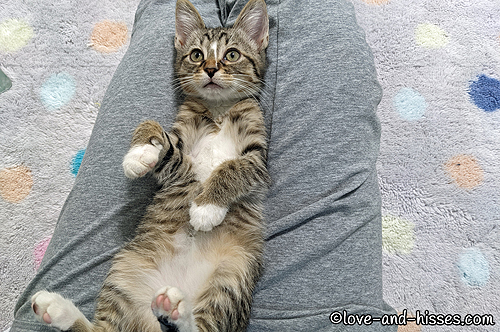 Marsali is so stinkin’ cute. 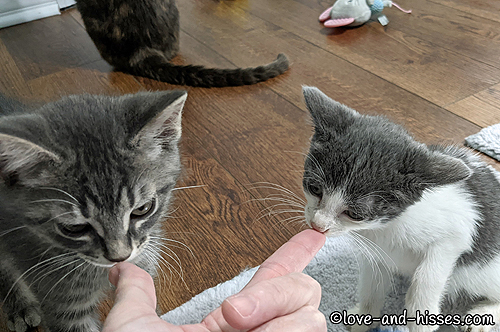 I put lotion on my hands, and Angus and Brianna found it ever so interesting. 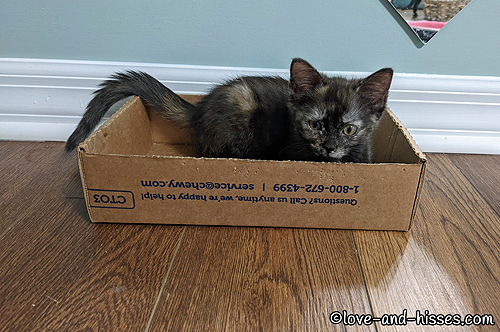 You get the idea they really like that box? It’s giving Jenny the crazy eyes. 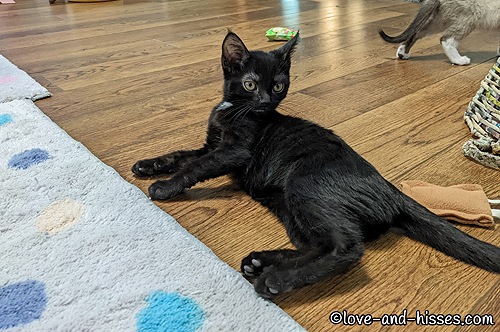 Lizzie looks like she’s considering her next step, and I bet it’s gonna be trouble. 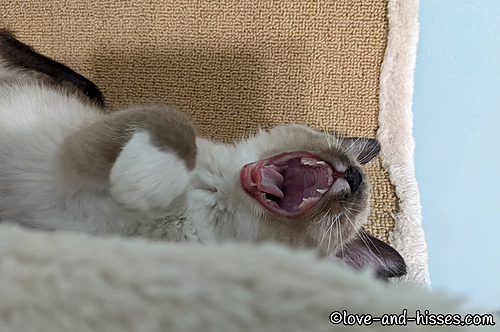 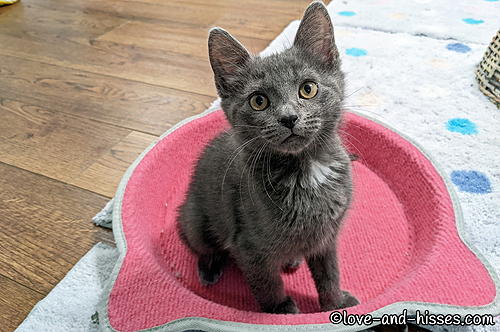 Lord John pie! My FAVORITE, as you know. 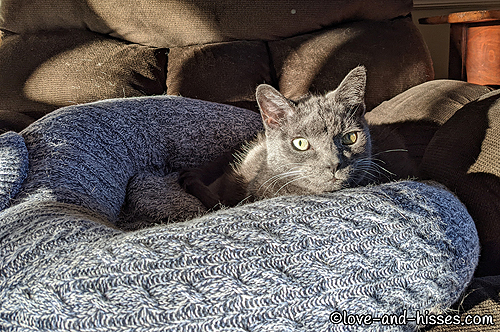 Too hot outside for Jake, I guess. Better to come inside, snuggle up in a warm bed and enjoy some sunshine. Makes sense to me! 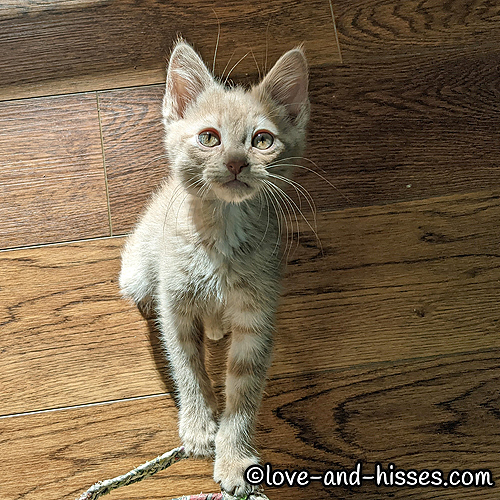 Good morning from Jamie, who would like a quick snuggle if you have a sec. 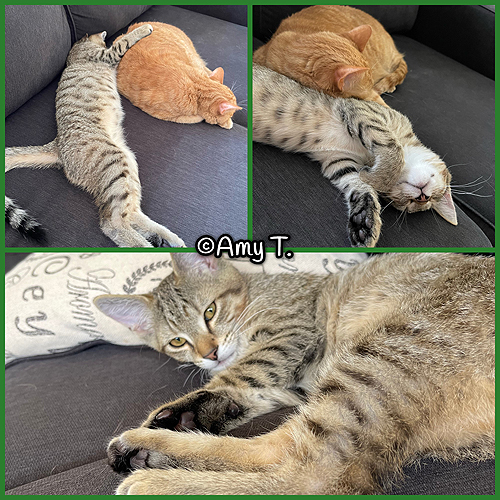 Look look who it is! It’s Clover and Leo (formerly Athos)! Amy reports that it took a few days of hissing before Leo and Clover became friends, and now they’ve gotten into routine of wrestling/playing and sleeping. Look at that happy little face! They’re considering other names for him but haven’t settled on one yet, so are mostly calling him “tiny one.” ⁠
⁠
(Thanks, Amy!)

YouTube link
It’s a video made of several pre-feeding time howling sessions. These kittens know the sounds of it almost being time to eat, and they (and mama Jocasta) are pretty sure that howling at me will get me moving faster. (No kittens were starved in the making of this video.) 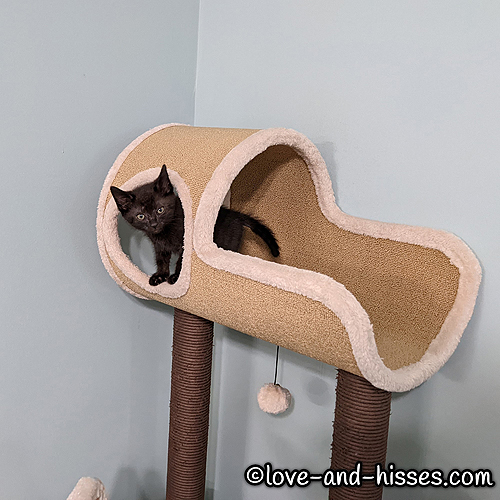 Roger’s all “You gonna come over here and kiss me, or what?”

YouTube link
Watch the kittens play! Watch Brianna chase that ball around like a real kitten! It doesn’t take much to amaze me, really. 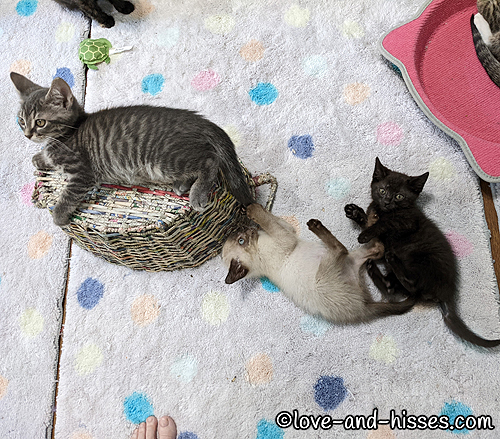 Angus is on top of the overturned basket minding his own business, Ian is playing with his tail, and Roger HAD been playing with Ian’s tail, but Ian put a stop to that with a well-placed foot. 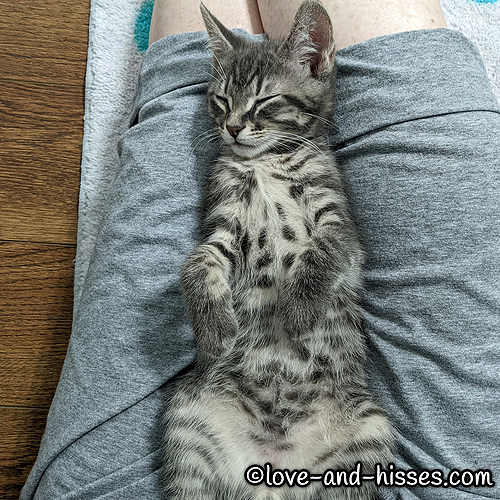