The kittens came through their spay/neuter surgeries just fine! 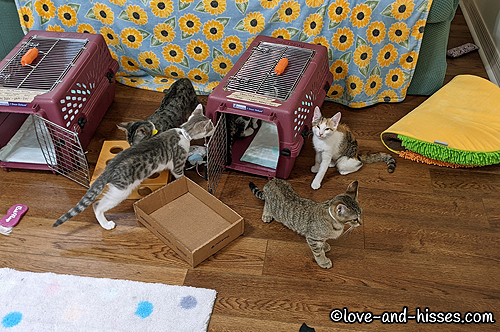 Right after we got home. They were still a bit loopy.

They ate, took a long nap, and by bed time the boys were acting like nothing had happened. Hollyhock was a little slower, but not by much.

Now we get to enjoy them for a couple more days, and they’ll be headed home this weekend. Yes, I will miss them (and I know y’all will too), but this is how it goes. We foster them and send them home, and move another family in as soon as we can.

Clover will be with us ’til June 19th or 20th, and will be out in the house with the permanent residents. Charlie’s the most likely to play with him, but I think both Khal and Jake will end up playing with him too. Don’t worry about him, he won’t be lonely.

We are having work done on the inside of the house next week – work that will necessitate the permanent residents staying out on the screened porch, and Fred and I at a hotel for a couple of nights (Clover will come with us) – so our next foster bunch won’t be installed in the foster room until late next week.

(I will likely do a post on Monday, and then take the rest of the week off from blogging.) 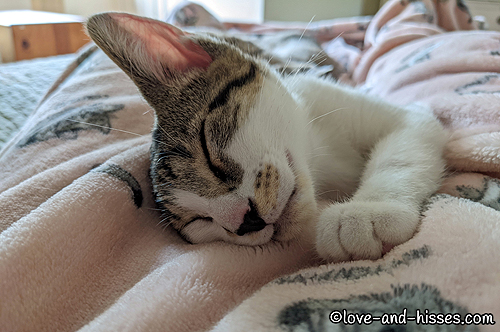 Bramble and his ridiculous ears. 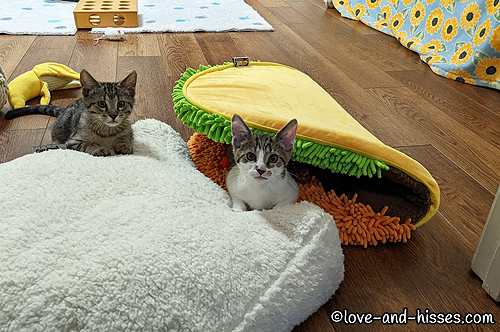 Mondo and Bramble pushed those beds across the room and halfway out in the hall. Look at those proud, defiant little faces. Good work, boys! 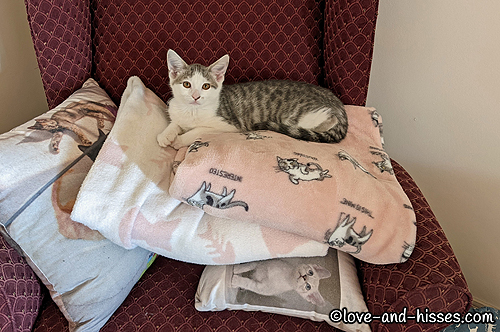 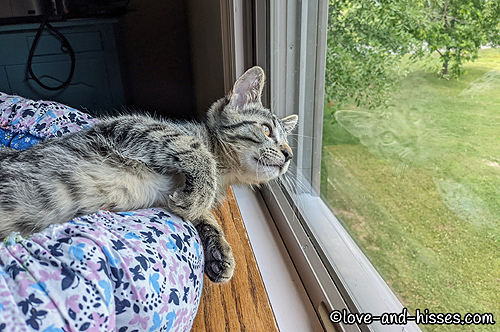 Mondo watching birds. I love that you can see his reflection in the window. 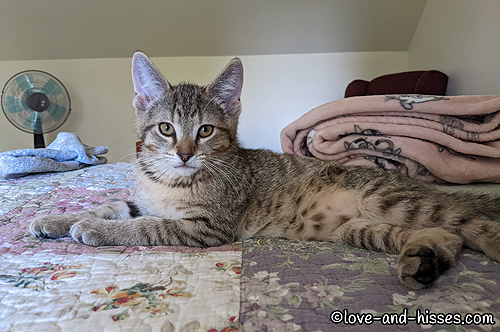 Clover’s all “Is it nap time yet?” 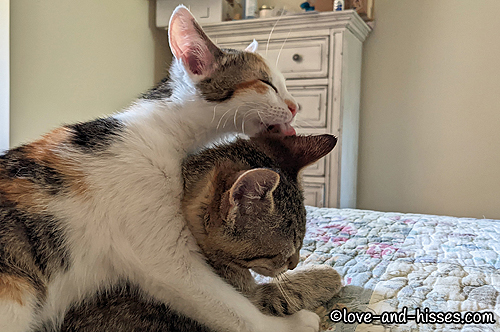 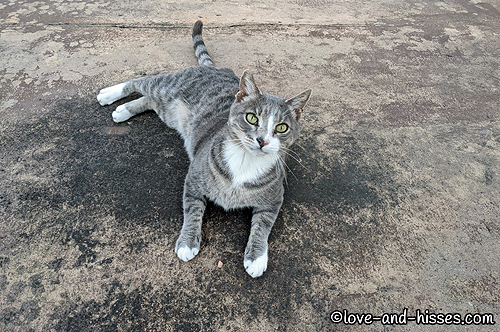 Archie’s all “Tell me again about how you’re going to get out the pressure washer and clean the concrete, lady. That’s always an amazing and untrue story, it’s one of my favorites!” 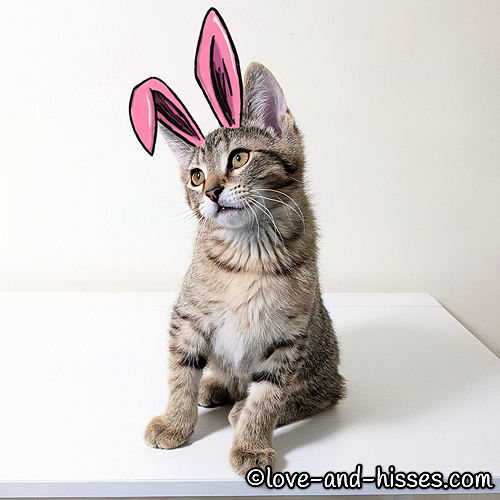 (From Wikipedia: “Rabbit rabbit rabbit” is a superstition found in Britain and North America wherein a person says or repeats the words “rabbit”, “rabbits” and/or “white rabbits” aloud upon waking on the first day of a month, to ensure good luck for the rest of it.) 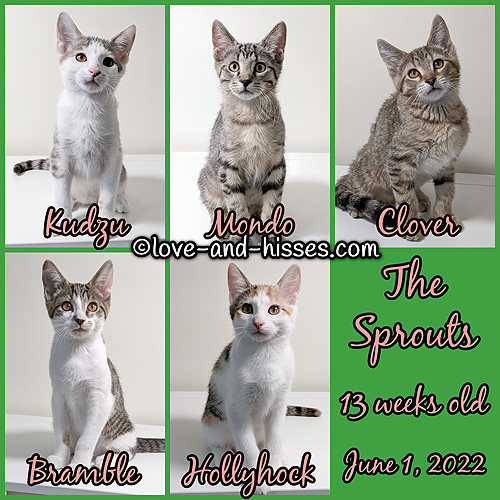 They are 13 weeks old today – and celebrating by having their spay/neuter surgeries! We’re leaving here shortly to head out, and I expect we’ll be back home in time for a long nap. (The boys generally act like they have no idea anything happened. Hollyhock might be a bit quiet for a few hours, but will bounce back quickly too, I suspect.) 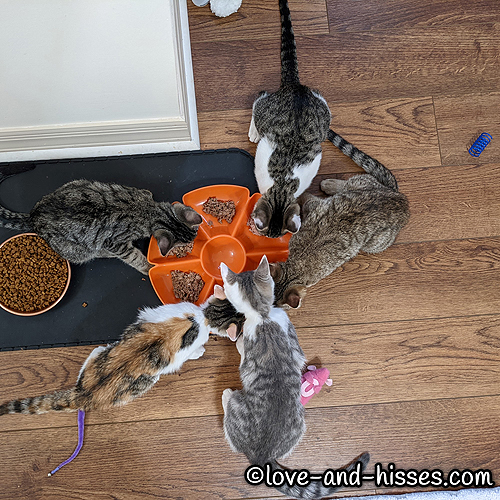 Home again, home again! The kittens came through their spay/neuter surgeries with flying colors. They’re eating and then I believe the plan is for a long nap. They’re all a tiny bit groggy still, but I expect by bedtime the boys at least will be racing around like crazy things.⁠
⁠
All kittens are adoption pending and except for Clover (who will be staying with us for a few weeks longer) will be headed home this weekend. 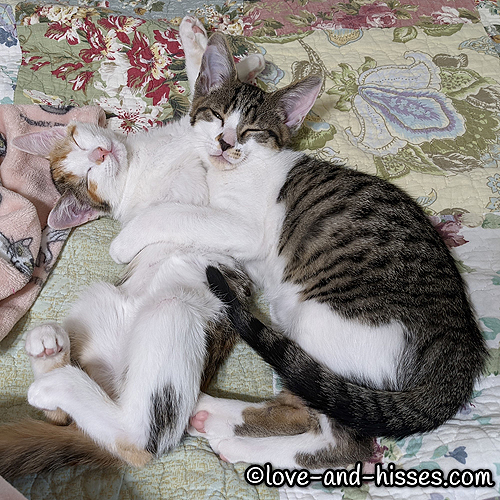