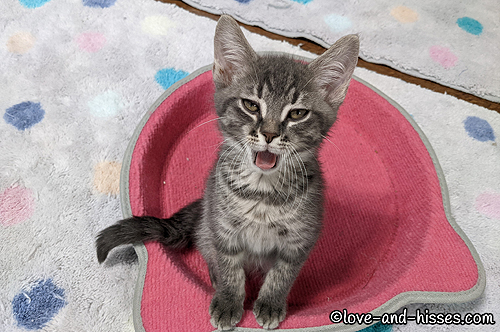 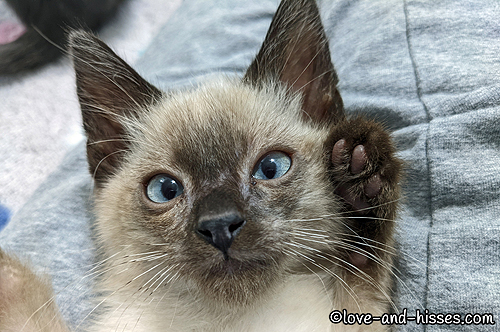 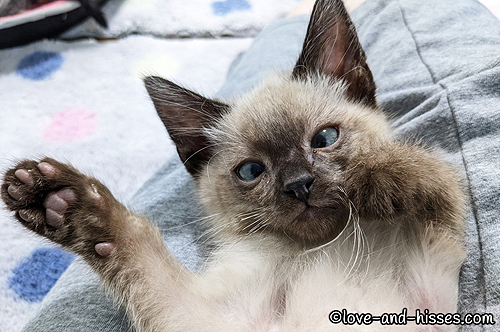 Other times he looks a LOT cross-eyed! 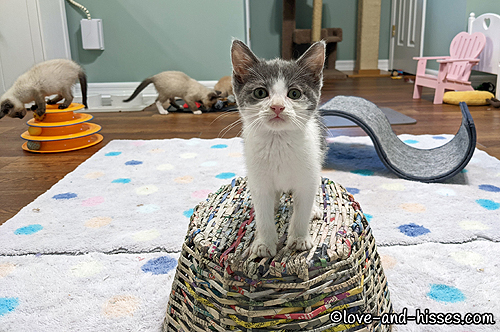 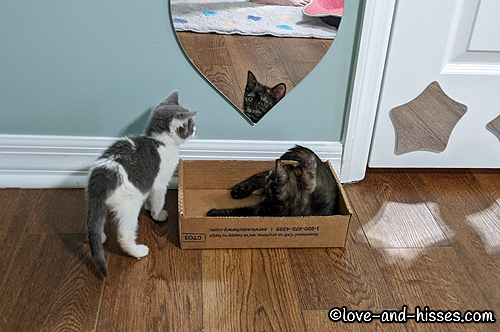 I love the way Jenny’s reflection makes this picture look like Brianna is looking at her inner tortie in the mirror. 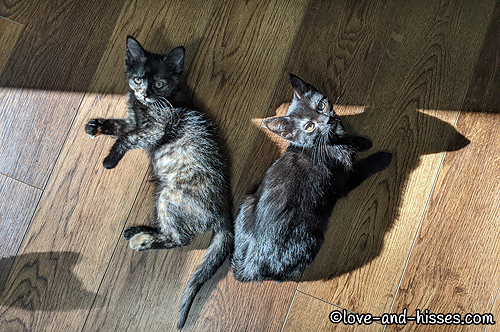 Jenny (left) and Lizzie take in some sun. 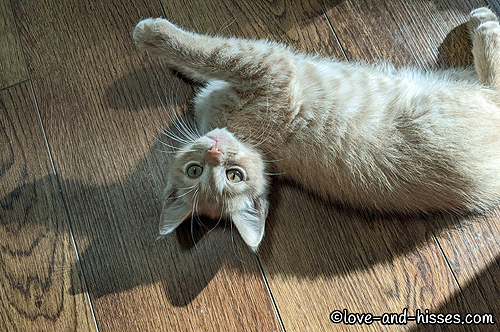 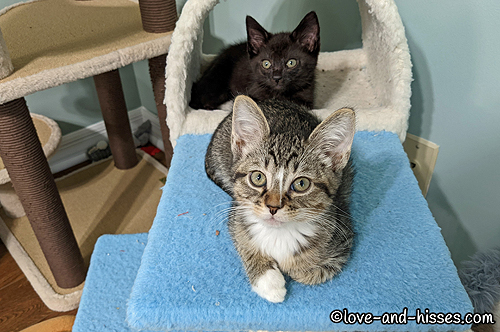 Marsali and Roger settle down for their naps. 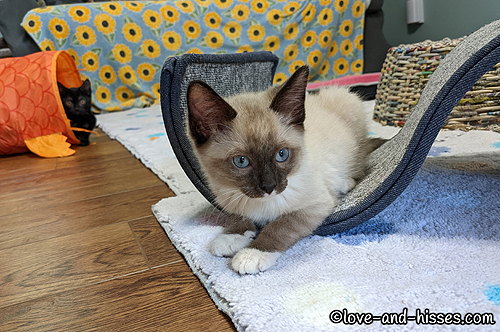 Oh that Fergus is just a pretty, pretty boy. 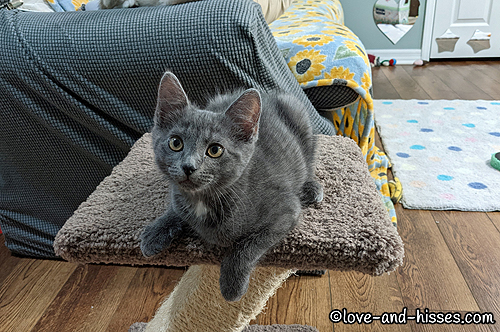 And so is Lord John Grey! 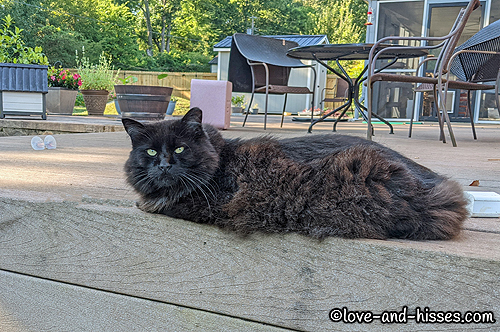 Oh, that Khal. Just magnificent (and he knows it!) 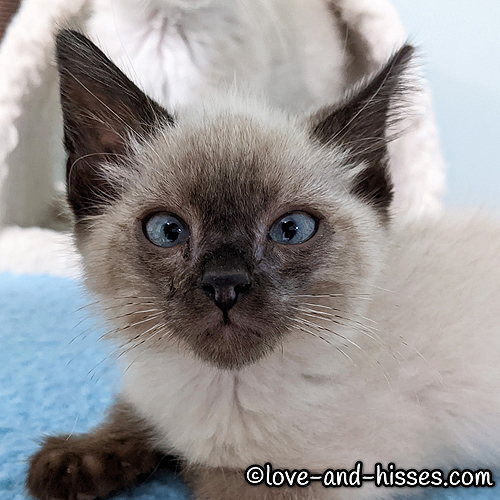 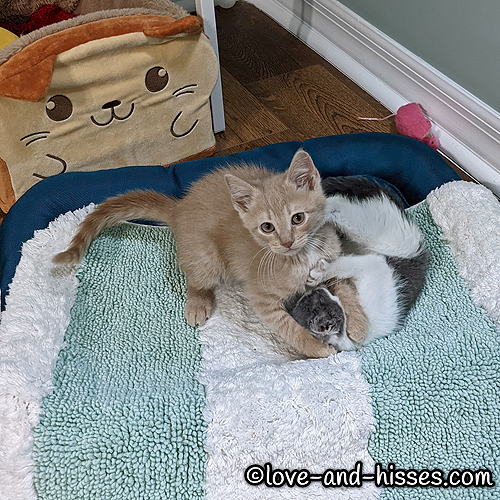 Jamie’s all “This doesn’t involve you, lady. Keep it moving.” (I would be more sympathetic toward Brianna except that I watched her stomp over to Jamie and jump on him.)⁠ 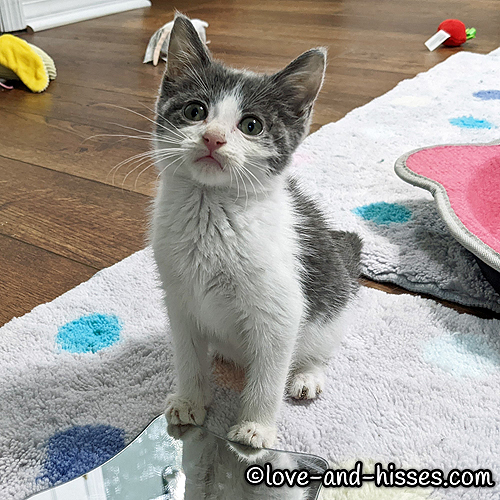 This is the look Brianna gave me after I asked “Why are you so cute?” 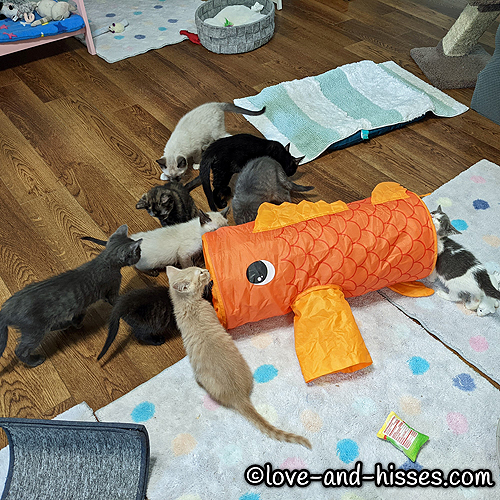 I picked up the fishy tunnel and moved it, and suddenly it was THE MOST INTERESTING THING EVER. You can see 9 kittens, but Marsali was actually inside the tunnel, making all 10 kittens agree that this tunnel is the coolest. 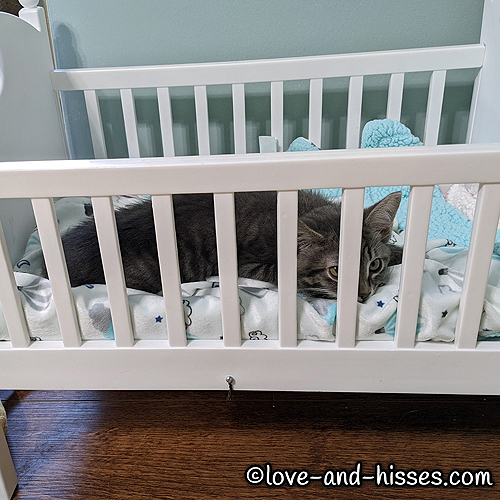 Good night innernets. (Angus in the crib – and yes, he did indeed put himself in there.)