But in any case, today will be all about Creed. Here are some fun facts about the sweet little guy: 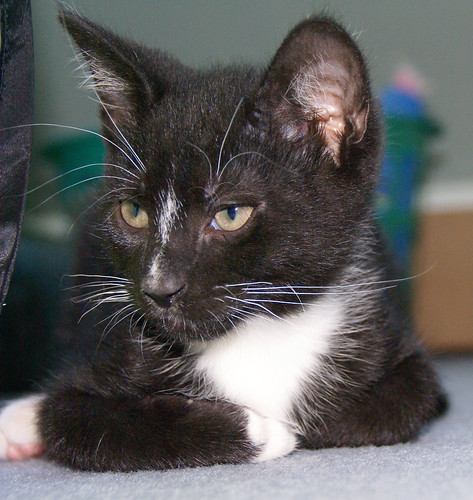 1. He lurrrrrves his brudder and sister. LURVES them. He loves to play-fight with them, snuggle up with them and sleep, follow them around to see what they’re doing. If they’re in a room where he is not, and he doesn’t know where they are, you can hear him calling out to them with a plaintive “Where ARE you? I’m lonely!” cry.

2. If he’s feeling playful and you bend down to pet him or pick him up, he’ll stand up on his back legs and wave his front paws around like he’s a wee boxer. It’s severely cute, and I’ve tried and tried to get it on camera, but have had no luck as of yet.

3. He’s a snuggler – there’s nothing he loves more than to curl up beside you and go to sleep. Unlike Dwight, who has to be laying on top of you to go to sleep, Creed will curl up next to you, just barely touching you, and drift off to sleep. If you pet him while he’s sleeping, he reaches one paw out to touch you without ever waking up.

4. He is both very laid-back (I put him on top of Mister Boogers yesterday just to see what would happen, and he and Mister Boogers looked at each other for a few moments, then Creed hopped down and moseyed off to see what there was to be seen) and prone to go ::FLOOF:: at the drop of a hat. Any unexpected noise, any cat running by suddenly, and ::FLOOF:: he goes.

5. He’s the current produce inspector at our house, and he takes his job very seriously. 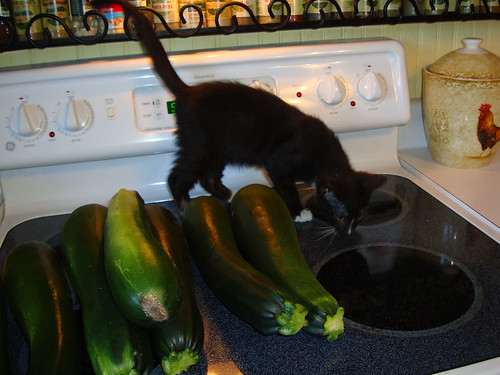 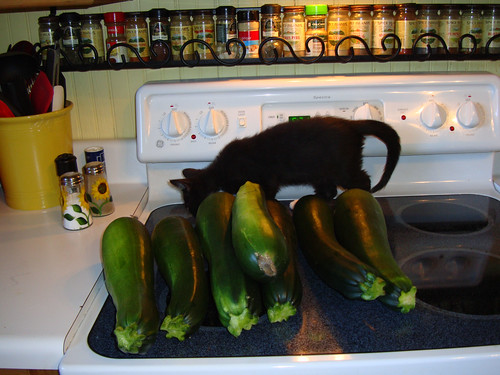 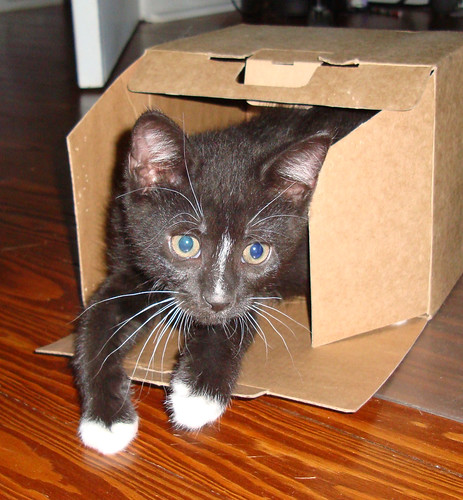 The Creed Cave. It’s the perfect size for him! 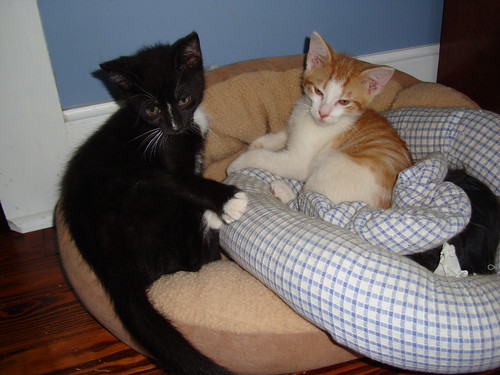 Look how annoyed they are with me. “Okay FINE, we’ll pose together. Can you just TAKE the picture and get it over with??” 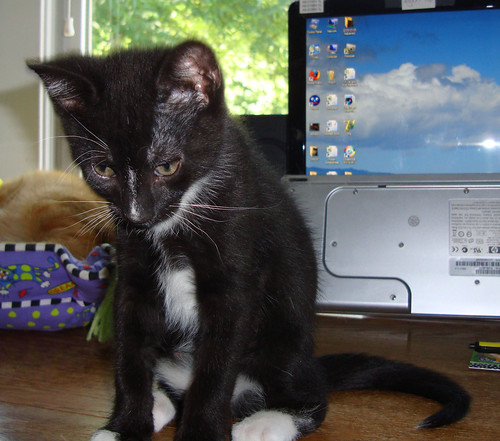 Note please that I have to put the keyboard up against the monitor when I’m not using it, because the kittens will tromp all over it otherwise.