As I type this, Dwight is running around with a toy in his mouth, growling at any other feline who so much as looks in his direction.

What’s cuter than a growling kitten? NOTHING. 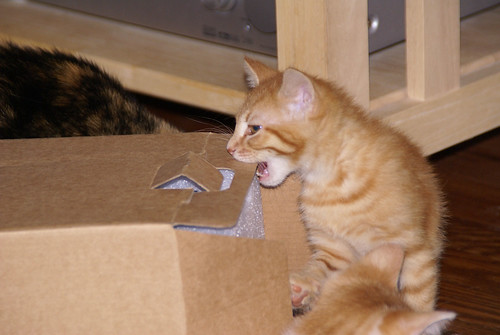 Phyllis gets in her daily requirement of cardboard. 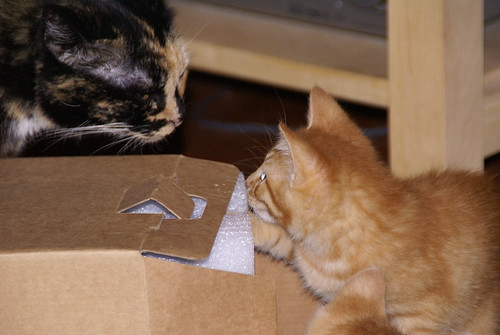 “Hey! Leave some for the rest of us, wouldya?” 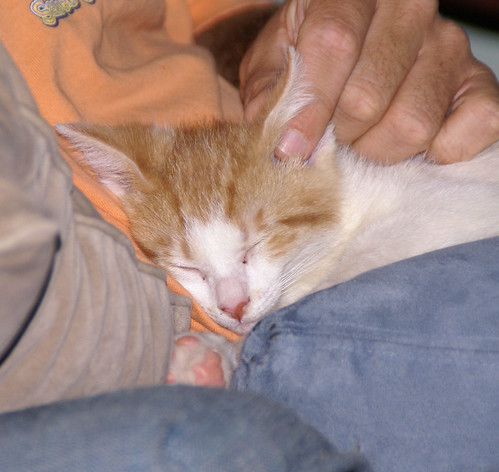 Dwight flops down on Fred for his nightly ear-rubbing and chin-scratching. 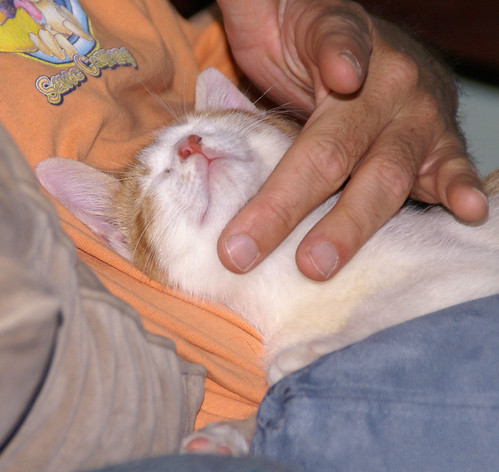 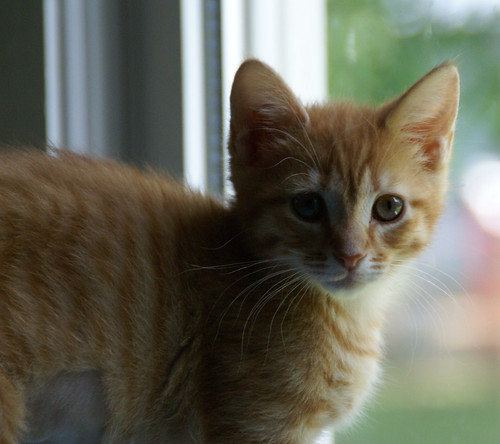