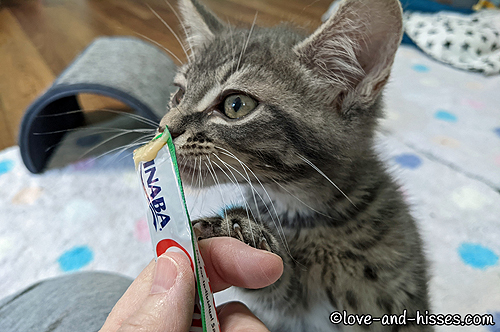 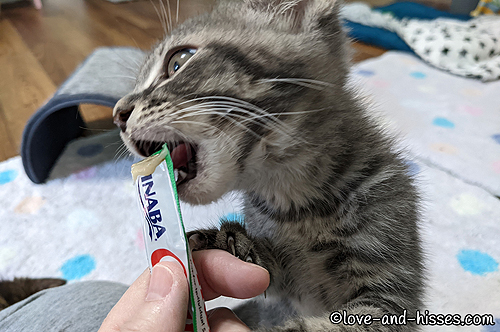 He is a BIG fan of the Churu. 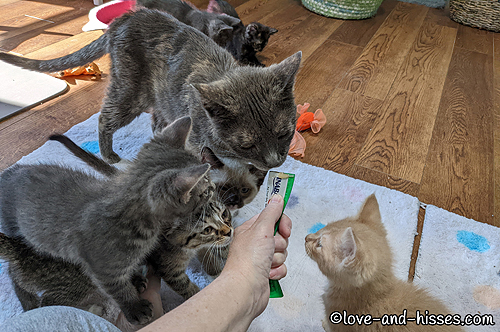 It took Jocasta a little bit to understand the concept of licking the Churu as it came out the top of the tube, but she figured it out. 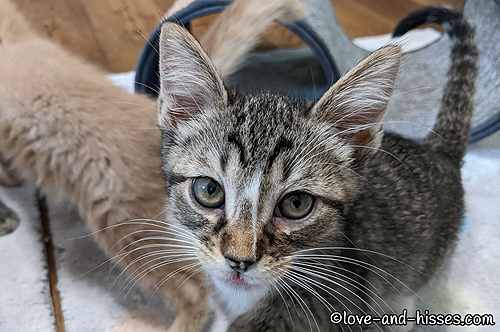 Marsali really liked it too – what she managed to get in her mouth instead of all over her face, that is.

The rest of the kittens were either uninterested or unsure. I’m sure after a few more days, they’ll all turn into big fans. The usually do! 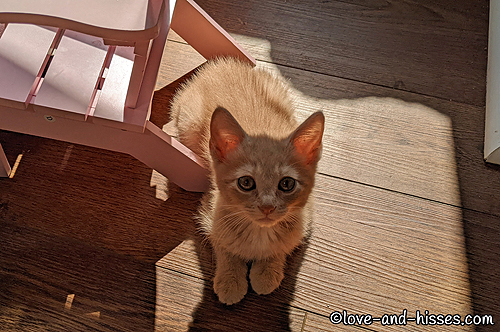 Jamie in the sun. 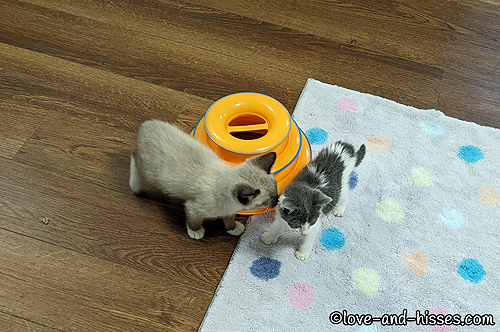 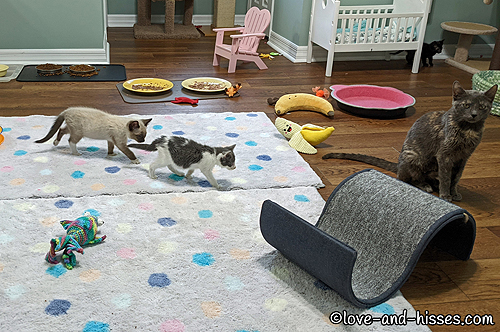 And then he followed her to see what she was going to do. (When he realized she was litter box bound, he wandered off to play.) 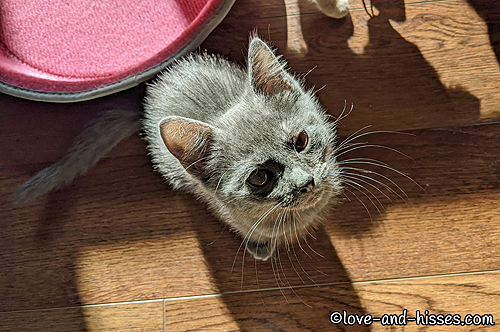 Lord John Grey has himself some fabulous whiskers. 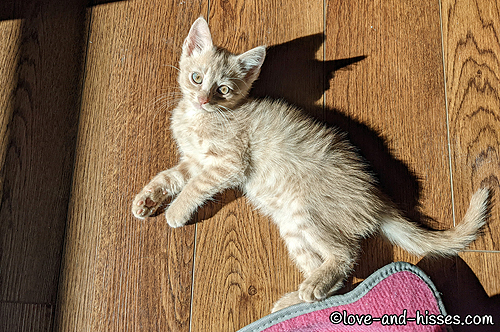 I think it’s safe to say that Jamie’s a fan of the sunshine. 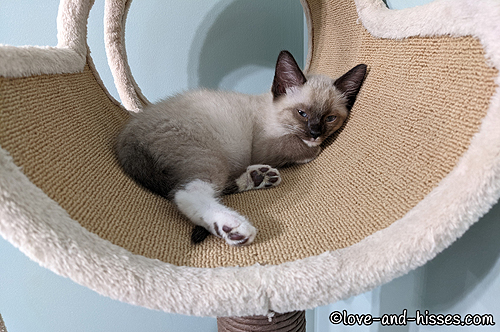 The top of this cat tree is Fergus’s favorite place to sleep. 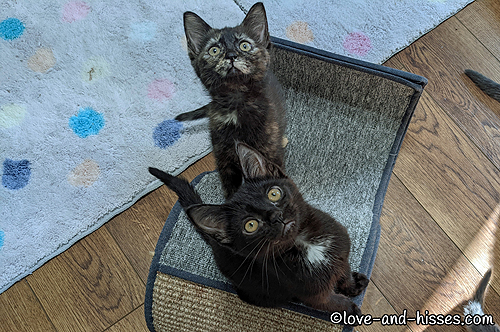 Lizzie and Jenny from above. 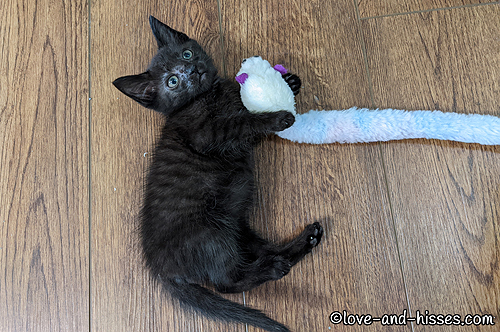 That mouse is bigger than you are, Roger! 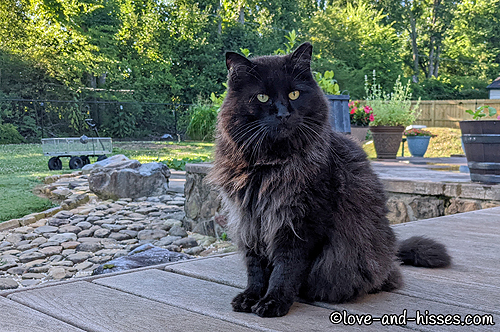 The fabulous Khal looks like he’s saying “Madame, I don’t appreciate your tone,” but he was actually trying to decide whether to come over to me or flop down where he was. (He opted to flop down.) 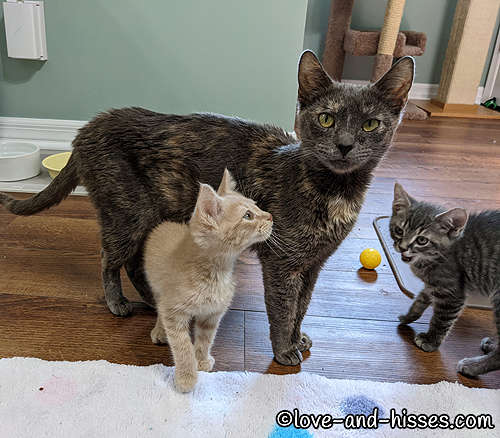 Jamie’s lookin’ at Jocasta, Angus is staring off into space complaining, and Jocasta’s looking straight at me saying “It’s time to eat. You know it, I know, let’s get a move on!” 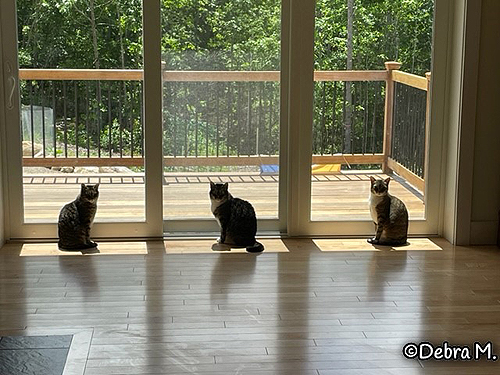 Look at this perfect picture! That’s former foster Stardust on the left (Mercury’s daughter, 2017), former foster Amber (formerly Ambercup, one of the Squash Bugs bottle babies from 2015) and their brother Truman. What a great shot! (Thanks, Debra!)

YouTube link
Brianna’s found her voice and she doesn’t mind telling me to get a move on when it’s time to eat! (She has the SWEETEST little voice!) 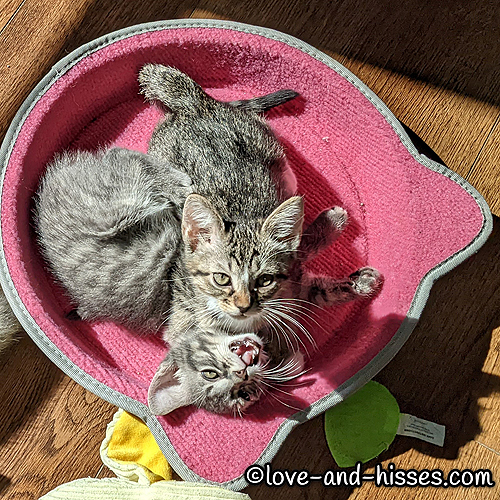 Angus-Marsali pie! My favorite! (I like my pie with a little sass.)

YouTube link
Jamie managed to turn the basket over and was TRAPPED (it’s not the first time he’s done it, for the record.) I kept waiting for him to turn it back over or in some way escape, but instead he started roaming the room like a turtle. I did finally free him, but you’ll notice that he immediately jumped back into the basket. 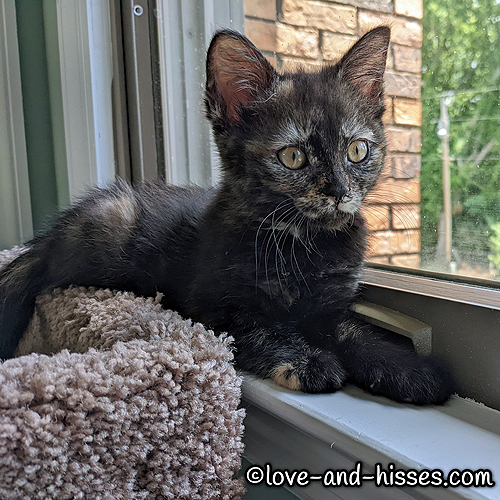 Jenny is such a sweet, pretty, friendly, sassy girl. I could just kiss her 1,000 times. 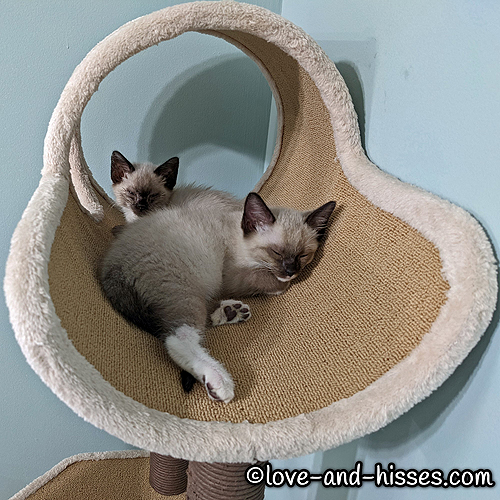 Good night innernets. (Ian in the back, Fergus and his white sneakers in the front.)