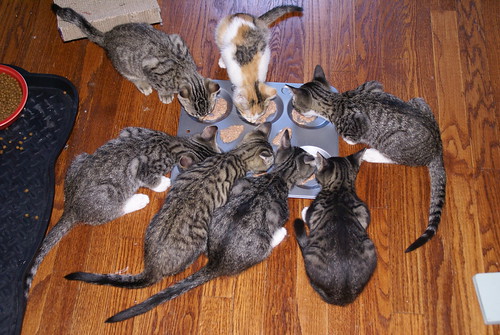 One of these things is not like the others…. 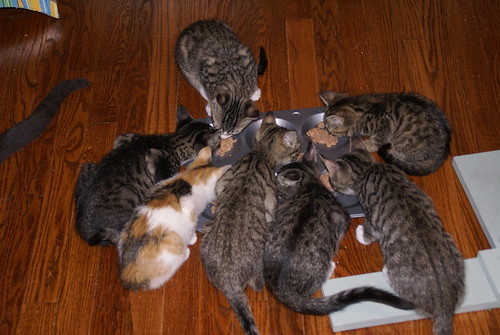 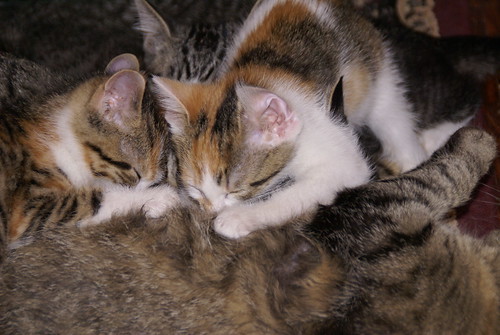 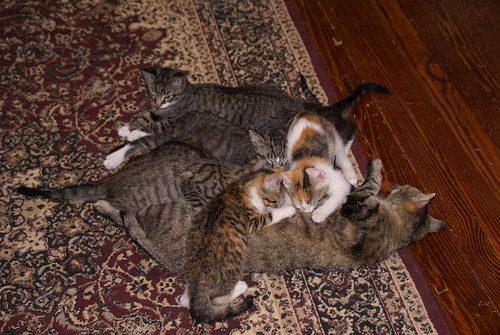 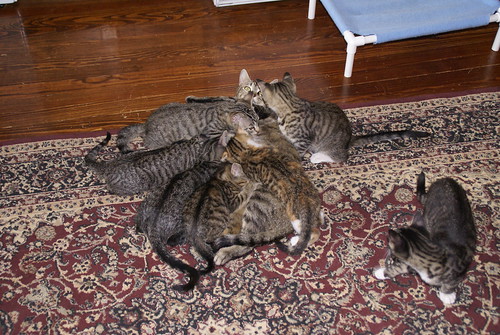 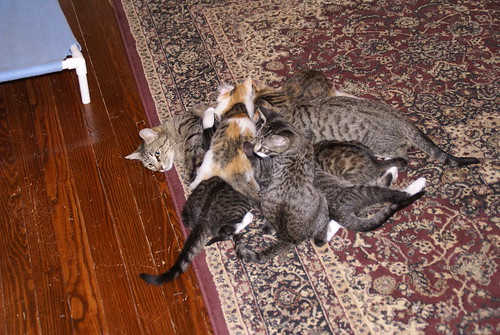 Can you tell which three things are not like the others… 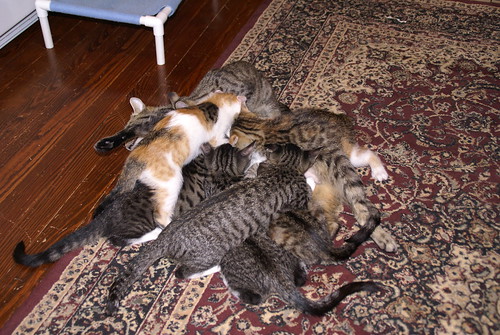 By the time I finish my song?

(You can click on the pictures to go to Flickr, where there are notes on each picture pointing out who the interlopers are!)

So yes, as you might have guessed, the Spice Girls have gotten the run of the house along with the McMaos. It is, let me tell you, utter madness. But it’s also kind of delightful. I let them out in the morning, and then at bedtime we put the McMaos in the guest bedroom and the Girls in the foster room. We discussed putting all of them in one room, but I think it’s best to keep them separate at night for now. A couple of the McMaos (Ciara and Macushla) were a little hissy at first, but they relaxed pretty quickly. 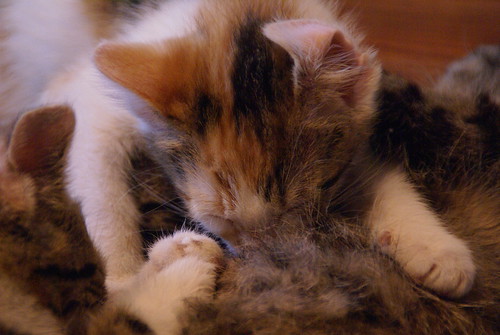 Cori at the trough.

Let me tell you, I actually pulled all of those kittens off Maggie after a few seconds (before I snapped those pictures up there), because I was afraid she was being overwhelmed, but she gave me a dirty look and then called to the kittens to come to her. Who am I to interfere with her mothering? 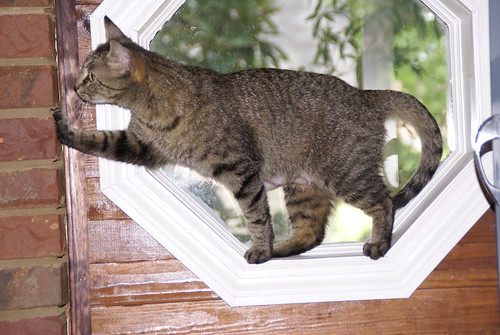 Maggie, in the window in the dining room. 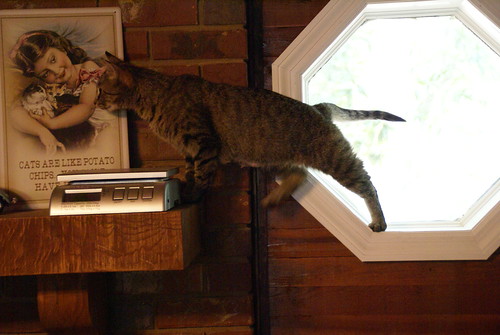 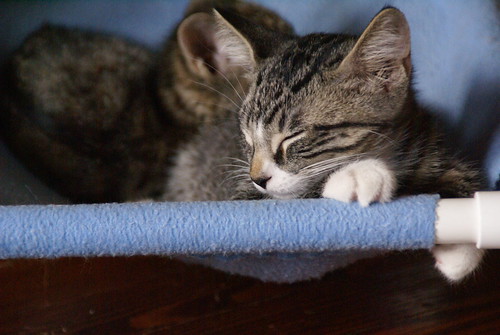 Macushla, with Clove snuggled up behind him. Yeah, I’d say he’s adjusted well.

Coriander would like you to know that she’s no fluffhead. She’s got BRAINS in that head of hers, and she knows how to use them!

One day last week I was watching something I’d taped several weeks ago. I can’t for the life of me remember the name of the show, but it had three litters of kittens, and followed them from birth to six weeks (?) old. At one point, there were baby kittens on the screen crying, and Maggie came in, all “WHY ARE BABIES CRYING! BABIES DO NOT CRY ON MY WATCH!”, and sweetness ensued. (Sorry for the length of the video, I do try to keep them to under a minute, but I am no editor!) 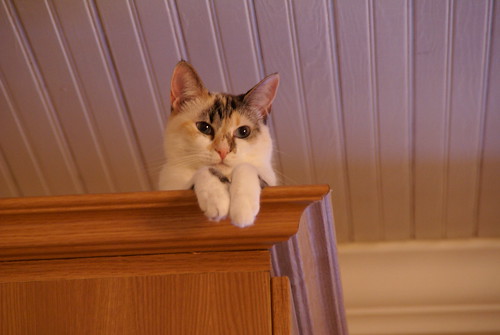 Stinkerbelle keeps an eye on those kittens from her perch up high.