Someone asked yesterday if the Bookworms are ready for adoption yet. The answer is that while they’re certainly big enough to be neutered (Corbett, the smallest of the litter, is over 4 pounds), they still have to be retested before that can happen. (Those of you who are new to the site, the Bookworms came up FIV positive two months ago.) I’m going on vacation in a couple of weeks, and once I get back I’ll be taking them for that. I have no doubt at all that all four of them will test negative and can then be neutered, id-chipped, and go off to the adoption center to be adopted.

(Unless one – or some – of you nice people are interested in adopting them and want to save them from the sad fate of sitting in a cage for 10 seconds before someone comes along and falls immediately in love with them, that is.)

So that’s why they’re still around even though they’ve moved from their tiny cute kitten stage to their long and lanky teenage stage. If it wasn’t for the positive FIV result, they would have gone off to be adopted two months ago. 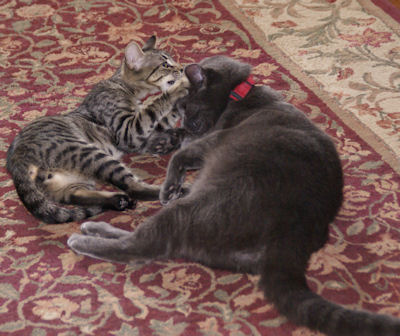 “C’mere, Elweird, you have shmutz on your head.” 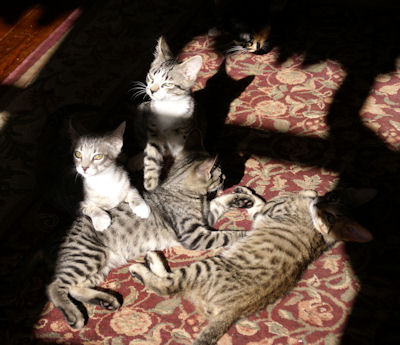 The Bookworms in the sun. 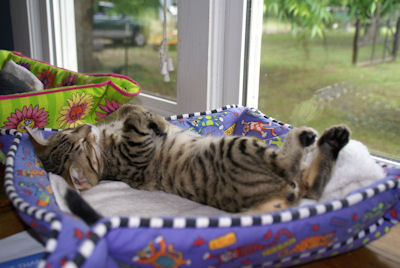 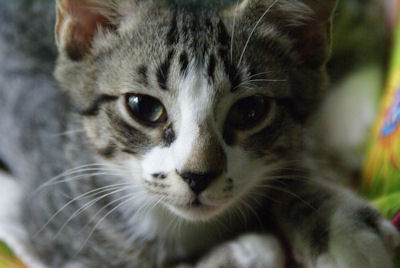 “I can’t help it. I don’t like those little bitty kittens. I’m the baby around here!” 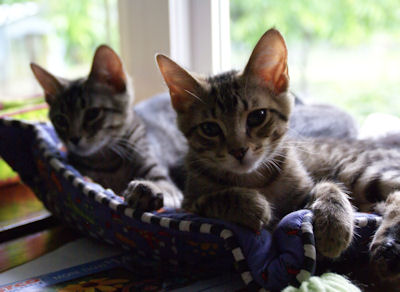 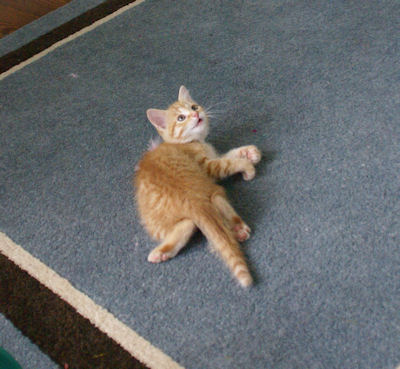 Garrity jumps! He misses! But he certainly looks amused by the fact that he missed, doesn’t he?

Sheila does love the feather teaser… 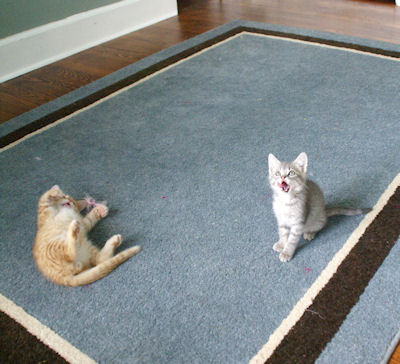 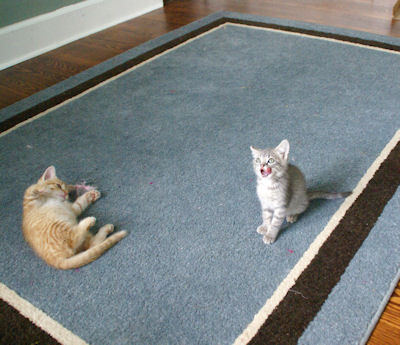 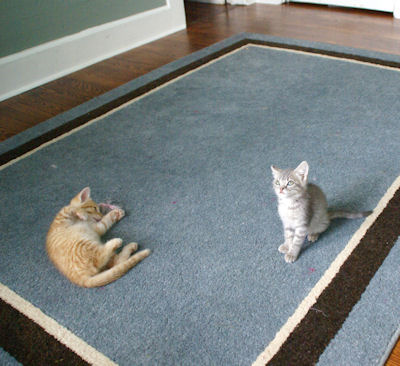 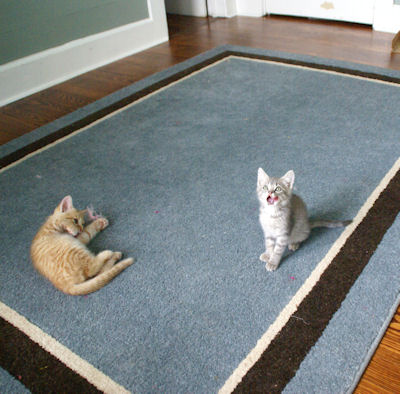 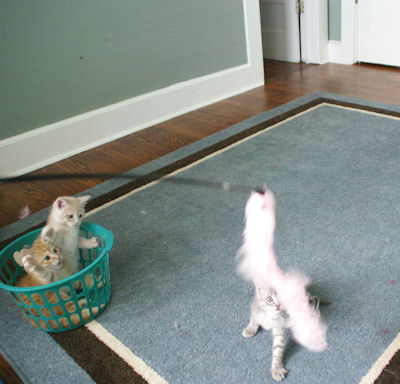 She smacks! She misses! (Note Gavin and Garrity over there in that basket egging her on.) 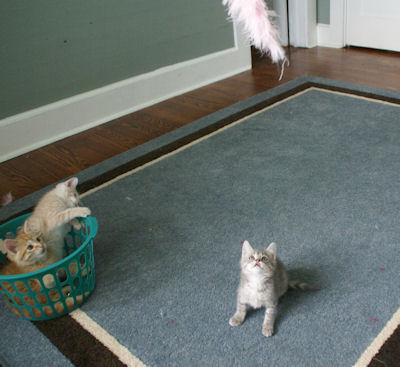 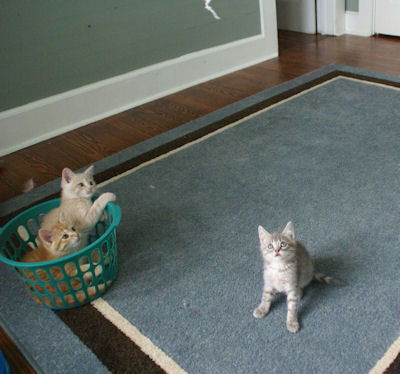 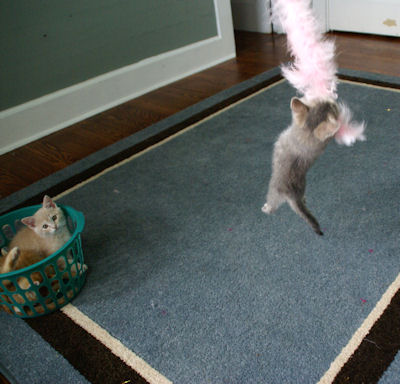 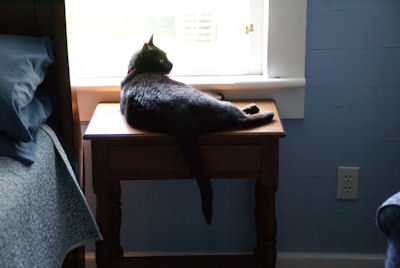 I hear tell there’s a magical place where the cats do NOT take over all the furniture in the house. Is this a real place, or just something they made up to make me jealous?