At the bottom of Friday’s entry, I posted a picture of a cat and invited y’all to ponder who that cat was. Some of you suggested the cat is relation to Newt. Is he? I don’t know. He showed up about a month ago, and he was a hard nut to crack. It took Fred about three weeks to pet him, and as soon as we knew we could count on him being present every morning, we made an appointment to have him tested, neutered, and vaccinated.

(Have you ever seen a grown male cat, unneutered? My GOD those things are big!)

I was pretty sure he was going to end up testing positive, since that’s the way our luck has been going. I took him to the vet on Thursday when I took the Rescuees to be spayed and neutered, and waited expectantly to hear that he’d tested positive.

I didn’t hear anything, so around 3:30 I called, and not only had he tested negative, they’d already neutered him. I brought him home, and he was a little loopy. We kept him overnight in a cage in the garage – which he HATED – and Friday morning Fred let him loose. He disappeared for most of the day and then when Fred checked one last time before bed on Friday to see if he was around, he moseyed up to the porch and demanded to be fed. 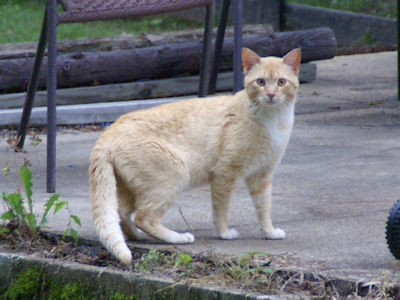 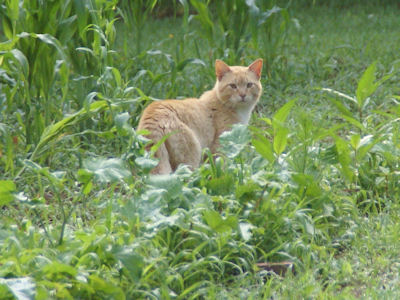 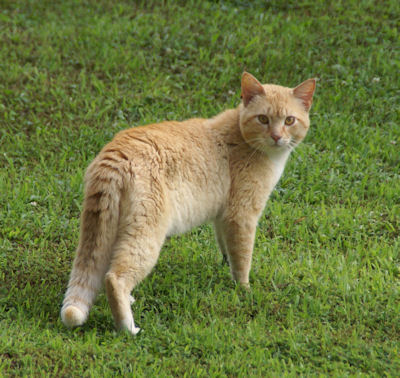 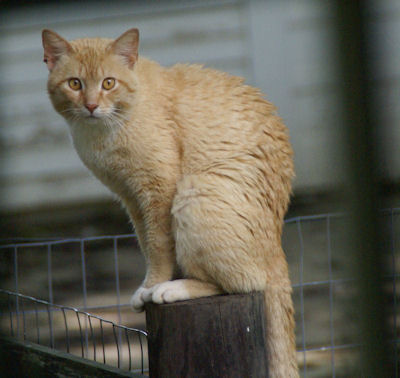 Seeing as he’s just this side of feral, Coltrane’s not intended to be an indoor cat. But then, Maxi and Newt weren’t intended to be OUR indoor cats, either, and you see how that worked out. He has shelter on the porch and under the side stoop, and he can get in to and out of the back yard pretty easily. We leave out food for him, and bring him canned food anytime he looks at us sideways. He’s been hanging out in the back yard with our cats for a few weeks now, and they hardly even seem to notice he’s there.

Is he related to Newt? I don’t know. He could be – he could be Newt’s father or a sibling. Fred seems pretty attached to the idea that he’s Newt’s father. The vet said that he’s definitely fully grown, so at least two years old, but could be as old as five or six. He has a distinctive high-pitched meow similar to Newt’s. Maybe he’s Lieu’s father! There’s really no way to know.

Could he belong to someone in the area? It’s possible. But he was pretty thin when he showed up and clearly very hungry. He was covered in ticks and probably had fleas (we treated him as soon as Fred could get close enough). He was unneutered. I don’t know what the law says, but in my opinion if your cat shows up on my property looking hungry and is covered in fleas and ticks, is unneutered, and sprays every blade of grass he comes across, I’m within my rights to have him neutered.

He seems to really like Fred but he’s still scared of me. Of course, I’m the one who took him off to be neutered, so I can’t say as I blame him.

So, anyway. I guess we have another cat, kinda. SIGH. That gives us an even number, anyway!

On Saturday, I threw open the foster kitten door and let the Rescuees free to roam the house. Except for Lieu, they all ran out the door as soon as I opened it and went to explore. Lieu is a little more reserved than the other four, so he napped on the chair in the foster room until mid-afternoon whereupon he decided that he, too, would do some exploring.

By late afternoon, all five of them were downstairs roaming around, and let me tell you – the Bookworms did NOT appreciate the interlopers. At ALL. Bolitar, especially, is a growly, hissy little monster and has given every one of those little kittens a smart rap on the head. His nose is completely out of joint about this “kitten” thing. Don’t they know that HE is the baby?!

(Fred has been told in no uncertain terms that he’ll be coming up with a better solution to hold up that door before the next set of fosters.)

We put them back in their room around 6, and left them in there overnight. Sunday morning, Fred could hardly wait to let them out.

So from now until they go to the adoption center (hopefully before I go on vacation July 3rd), the Rescuees will have the run of the house during the day. They seem to be enjoying their new freedom. 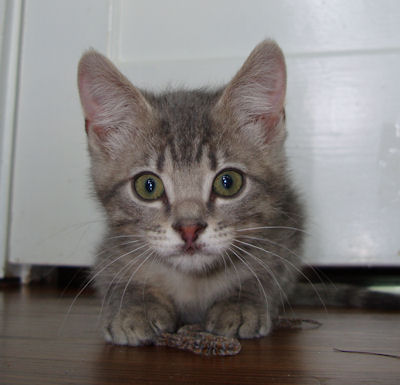 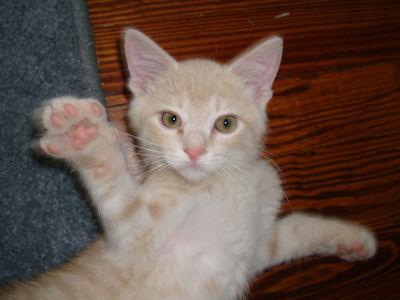 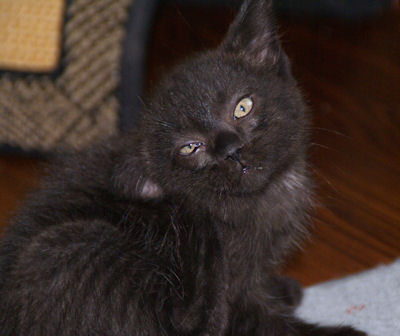 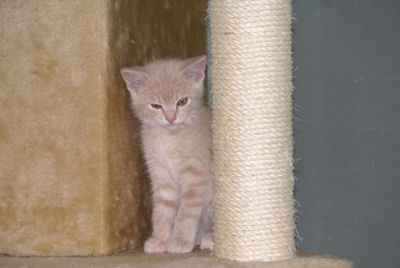 Despite his propensity for shooting everyone the stink-eye, Gavin is the sweetest little thing. 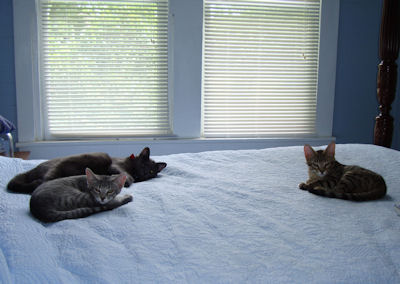 I love that Jake loves the Bookworms so much – and they love him back! 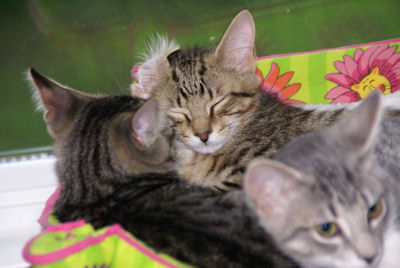 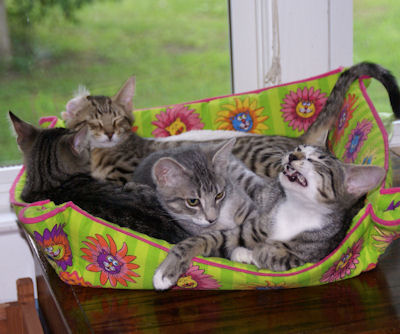 “Bwahaha! Corbett’s ear is turned back and he looks FUNNY!” 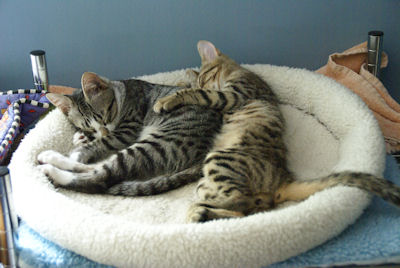 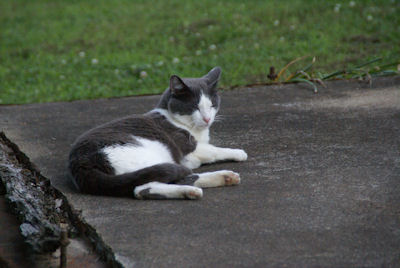 Joe Bob, in the back yard. Such a sweet boy.