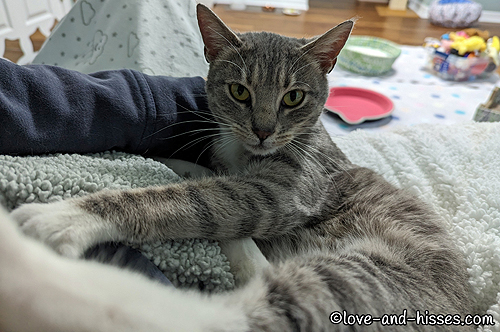 This is gray and white tabby girl Brioche and yes, she does bear a striking resemblance to permanent resident Archie.

As mentioned, she is a faker – in other words, we thought she was pregnant when we got her, but that turned out to be untrue. 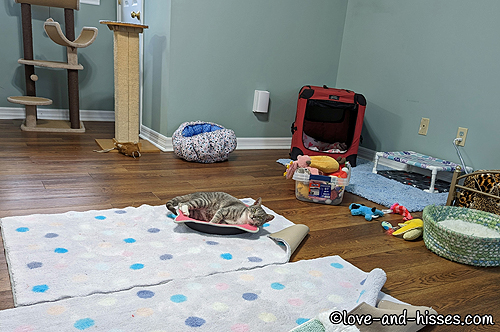 She’s scheduled for her spay on January 26th, next Thursday. But for now, she’s in the foster room rolling around, purring, chirping and trilling, and doing the low march.

I think she’s about 18 months old. She might be a bit older, but if she is, it isn’t by much. She came from the same area where Cinnaspin came from, and in fact is believed to be Cinnaspin’s mother. (When I said that Cinnaspin’s entire litter had been killed by stray dogs, I just assumed that included their mother. That’s what I get for assuming!)

I am not planning to put Cinnaspin and Linzer in with Brioche, since I like to quarantine new fosters for a couple of weeks, just to be safe. If they’re all still around past the 2-week mark, then I’ll probably introduce them and see how it goes.

(And if you’re interested in adopting Brioche, drop an email to Forgotten Felines at info (at) ffhsv.org to inquire.) 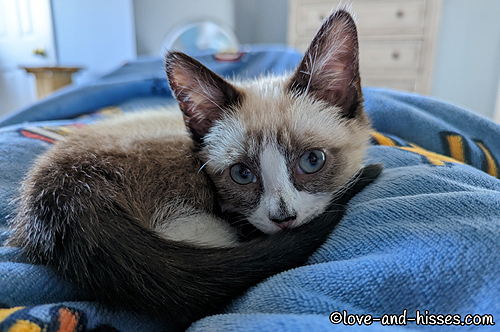 Linzer’s all curled up for a nap. 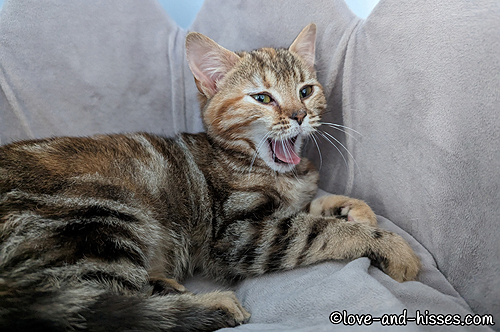 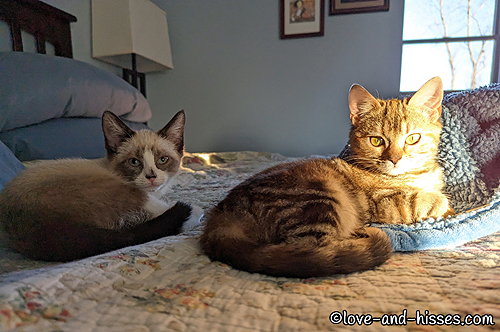 These girls are ALSO scheduled for their spay surgeries next Thursday, so that means that if you are interested in adopting them (they have to be adopted together), email Forgotten Felines of Huntsville at info (at) ffhsv.org to get the ball rolling. They are a couple of SERIOUSLY sweet girls with lapkitten tendencies who love to curl up for naps with me (listen, it’s a really rough life for me, but if the kittens want to nap, what can I do? They’re the boss of me!), will curl up in my lap when I’m at the computer, and – get this – they LIKE to be kissed. Also: adorable.

So like I said: they’re a bonded pair who can only go together, and email Forgotten Felines of Huntsville at info (at) ffhsv.org to inquire. 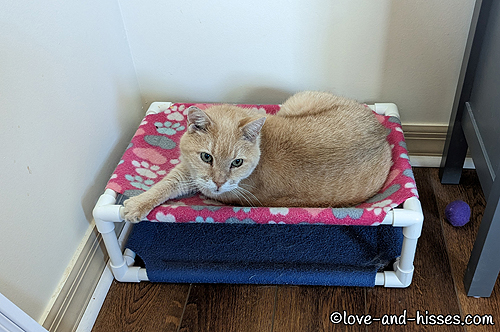 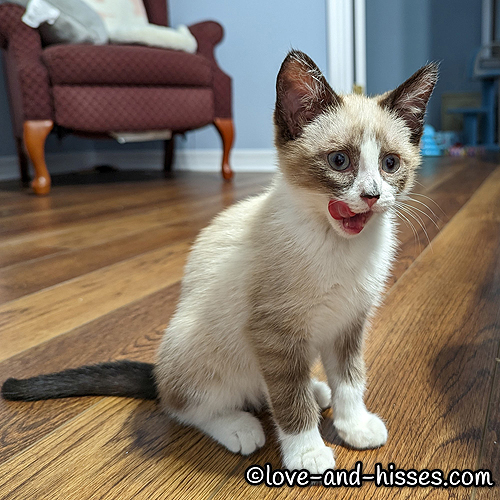 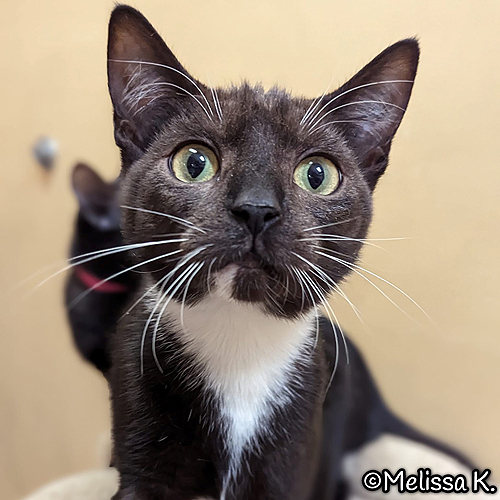 One of the volunteers (Melissa) posted this picture of Nacho (with Francesca behind her in a pink collar.) As you can see, Nacho’s out, lookin’ confident, and likely hoping there’s another Churu coming her way! The girls are still at Petsmart, but I am hoping they get to go home very soon. In the meantime, they’re adjusting well and being well cared-for by the awesome volunteers. 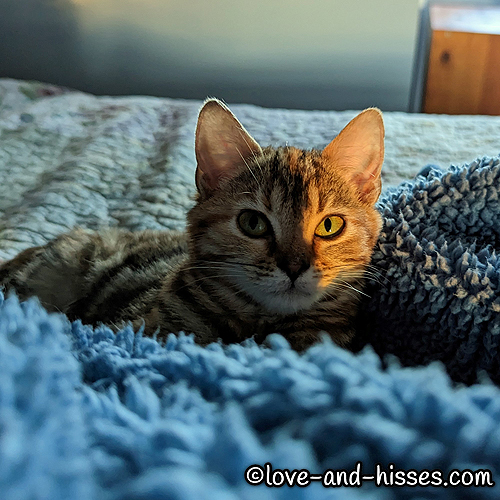 A ray of sun shone at just the right moment to light up Cinnaspin. ☀️ 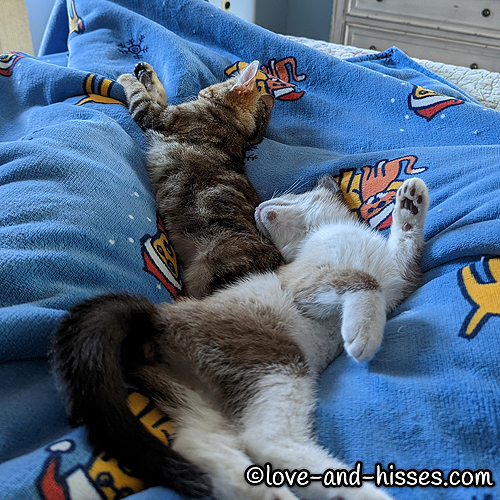