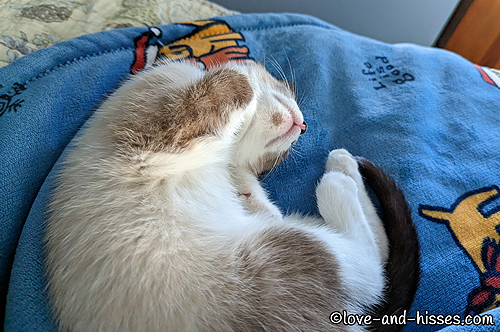 A straight-on view of Linzer’s chin spot, if you’ve ever wanted to see it. (SO CUTE.) 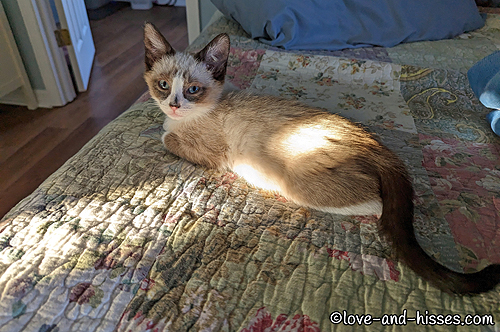 I mean, she’s cute from this angle, too. 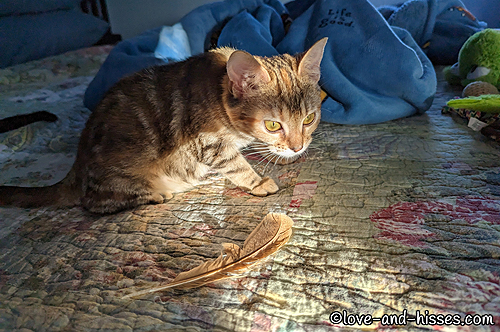 Not the best picture ever, I just wanted to point out that Cinnaspin matches that feather. (One of the last feathers I have left over from when we had chickens. I’m pretty sure that feather came from an Americauna.) 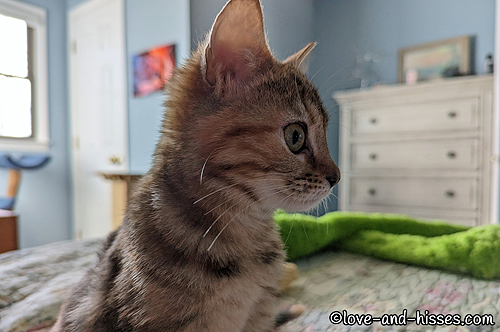 She has just the CUTEST little profile. 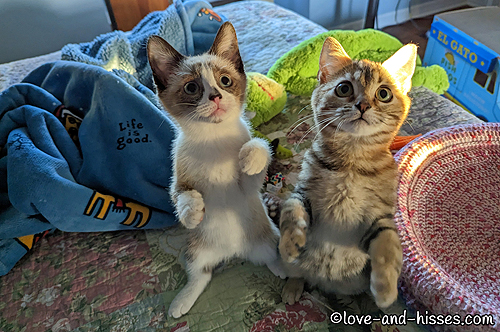 Is there a feather teaser up there, y’think? Yep! 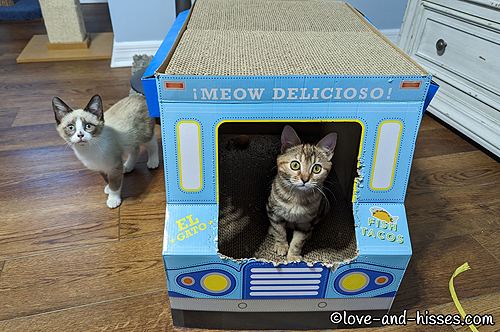 After Uncle Archie’s hostile takeover of the taco truck (see down in the social media section), I am pleased to report that Linzer and Cinnaspin re-took the truck (ie, they waited until Archie went back downstairs and said “This is OUR truck so he better watch out!”) 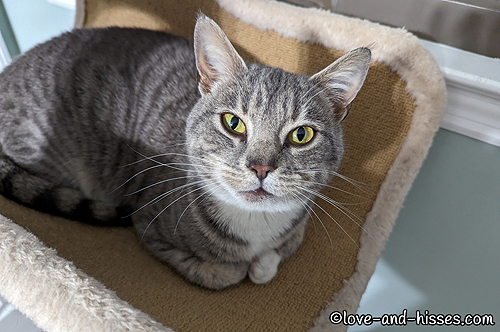 Brioche remains out of heat, thankfully, and is exploring the many nooks and crannies of the foster room, including the cat tree. (Always returns to the pie plate, though!) 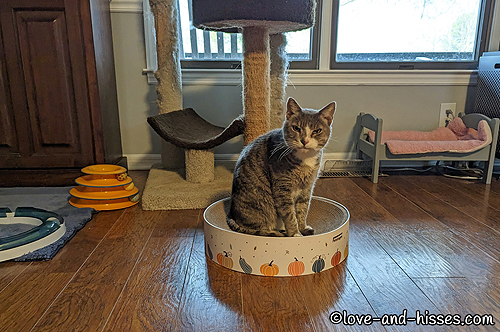 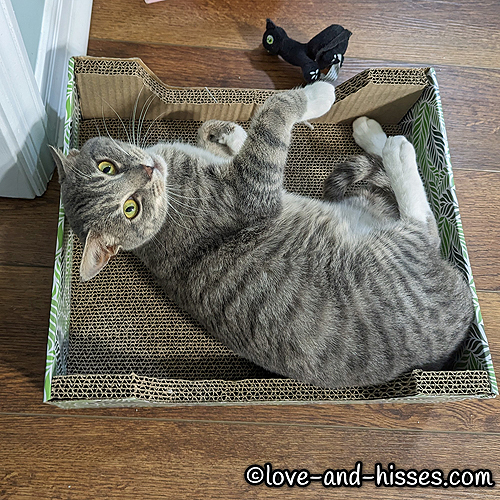 Brioche is no longer in heat (HOORAY!) and just chilling in this square scratcher bed (though she always returns to the pie plate, because it’s her favorite.) She is such a sweet girl!⁠ 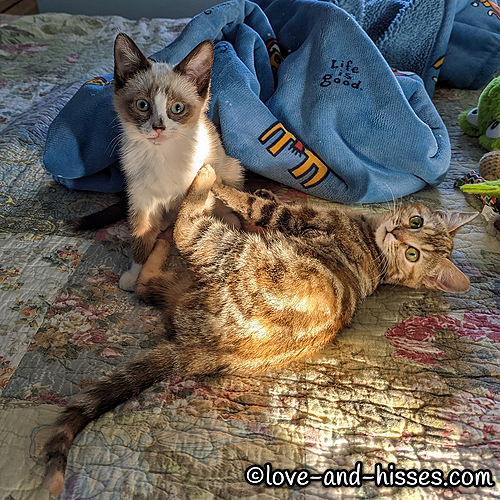 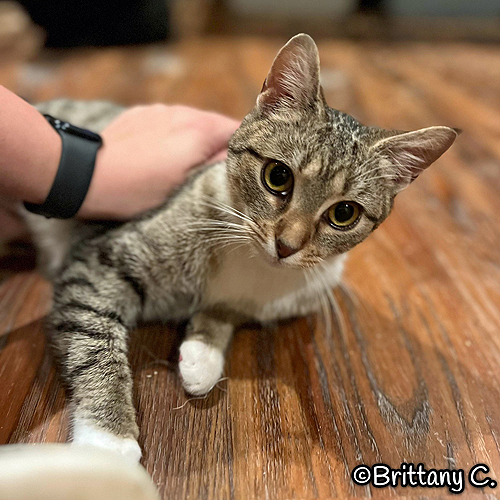 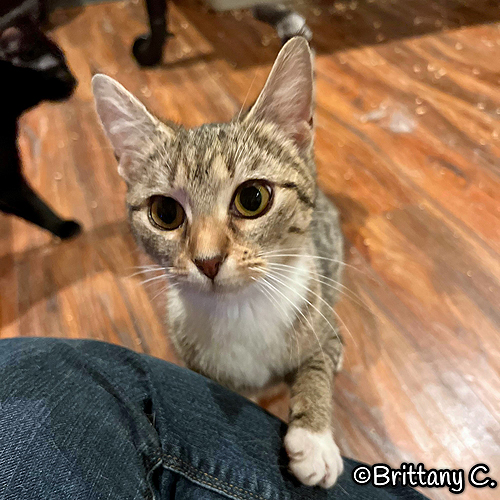 Look at this cutie! This is Biscotti, and if she looks a little bit familiar, it’s because she resembles her NIECE, Cinnaspin and her SISTER, Brioche. She was rescued at the same time as Brioche. Biscotti had the good sense to go into heat right away, so she’s already been spayed. She’s got a personality like her sister – she’s a sweet, lovable snugglebug who wants love and attention. She is about 18 months old (we figure she’s a littermate to Brioche), and if this gorgeous girl seems like she’s JUST the one you need in your home, email Forgotten Felines of Huntsville at info (at) ffhsv.org to meet her. (She is not here with me, another foster has her – but I mean, if you wanted to adopt her with her sister Brioche, that could certainly be arranged too!)

Side note, because someone asked on Facebook yesterday: Yes indeed, it is entirely possible that Biscotti is Cinnaspin’s mother rather than her aunt – all we can go by is what the people who rescued them told us, and it’s likely that they were just going by their best guess.

YouTube link
I think Linzer has a little crush on Uncle Archie (who would like that little kitten to stop giving him the love eyes, thank you very much.)⁠
⁠
(Sorry about the quality of the video – our lights downstairs are fairly terrible, which leads to dark videos. We’ll be replacing those lights… at SOME point!) 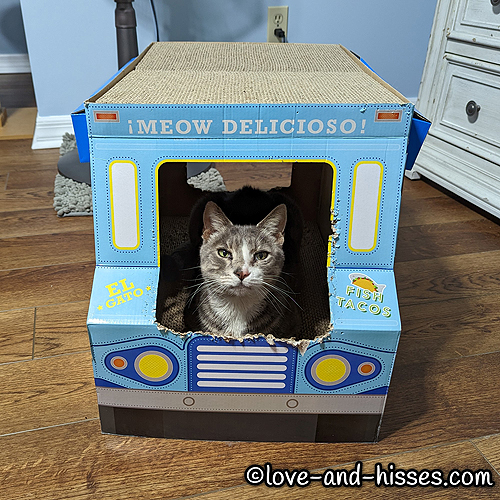 Oh dear; it looks like (permanent resident) Uncle Archie has engineered a hostile takeover of the fish taco truck!

YouTube link
Uncle Jake has come calling on the Cookie Girls and he wants to be best friends… with their food bowl. 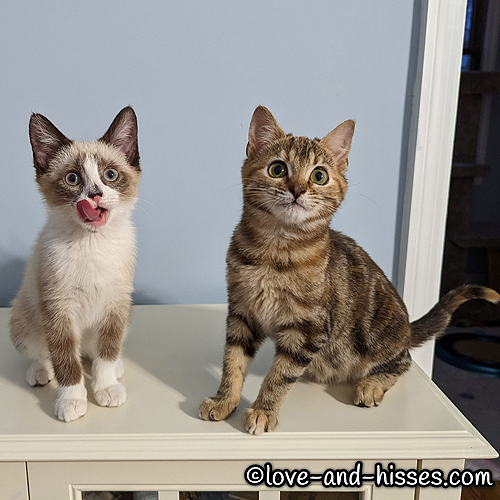 The serious look on Cinnaspin’s face is CRACKING ME UP. She’s like “You make with the Churu right now, lady, or I won’t be responsible for what my crazy sister does.” (Linzer, left, and Cinnaspin)⁠ 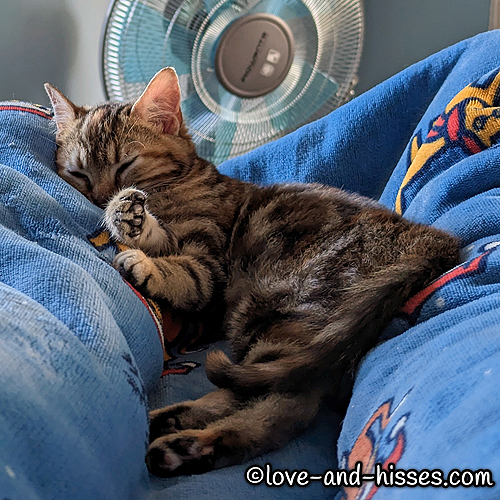