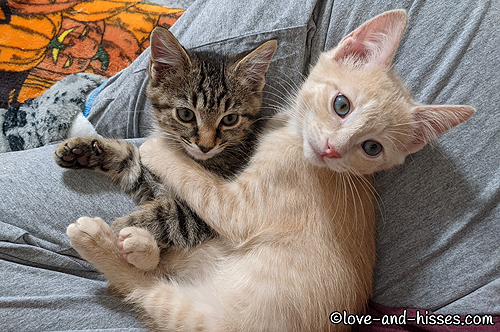 Sammy and Barry in my lap, having a snuggle. 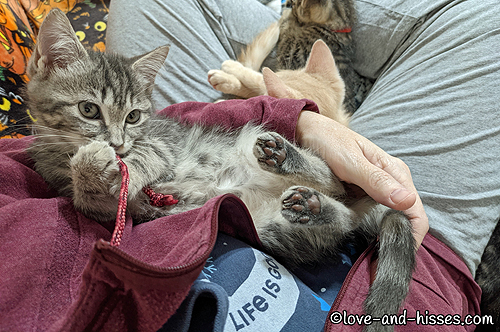 Yes, that’s Carli being held on her back like a baby, chewing on the cord to my hoodie. (She doesn’t LOVE being flipped onto her back, but she tolerates it pretty well, which I wouldn’t have predicted a month ago.) 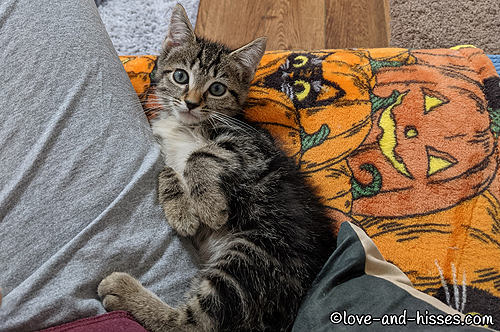 Nikki and her bunny paws. 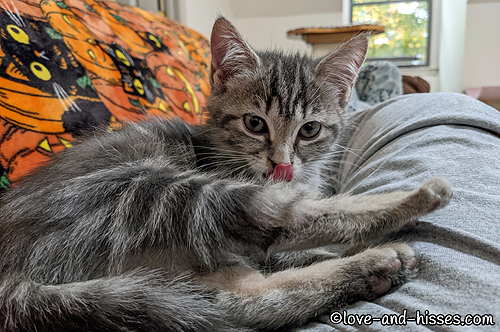 Dare I say Carli’s turning out to be a snuggler? 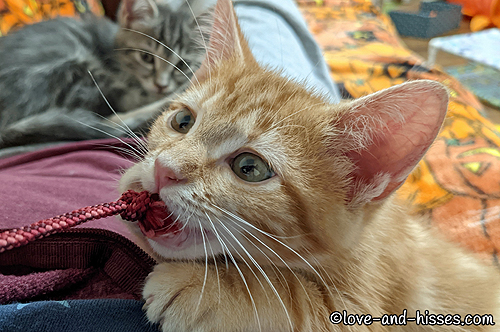 Ozzy chewing on my hoodie string. The best toy ever, apparently. 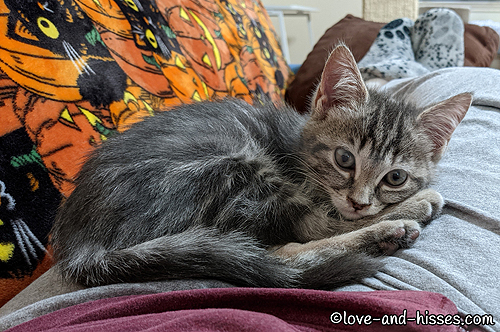 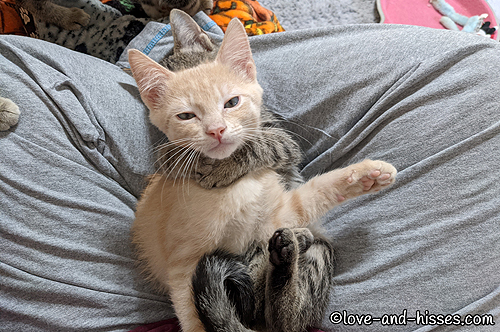 Barry’s got Sammy in a chokehold. As you can see, Sammy is not terribly distressed. 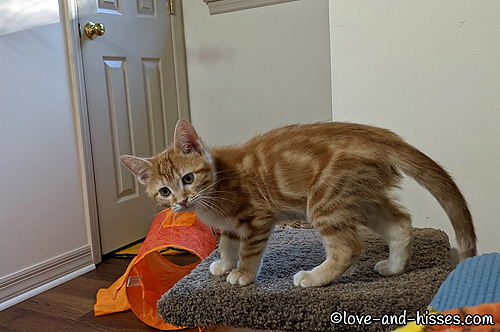 Ozzy shows off his gorgeous swirls. 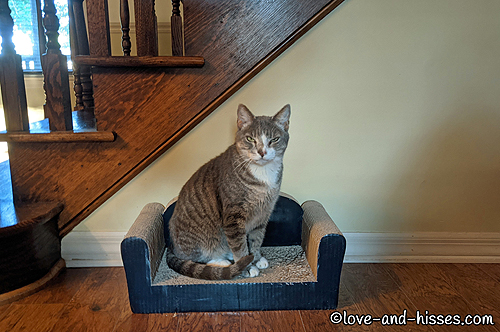 Archie’s getting ready to do some shredding on that tiny scratcher couch. (It came from Petco.) 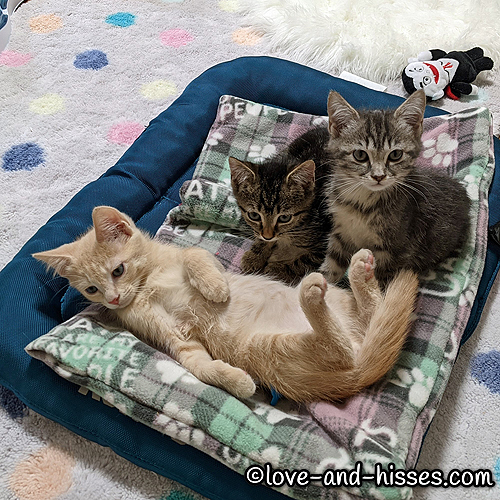 Not sure what I walked in on here, but they don’t appear to appreciate the interruptions! (Sammy, Nikki and Carli) 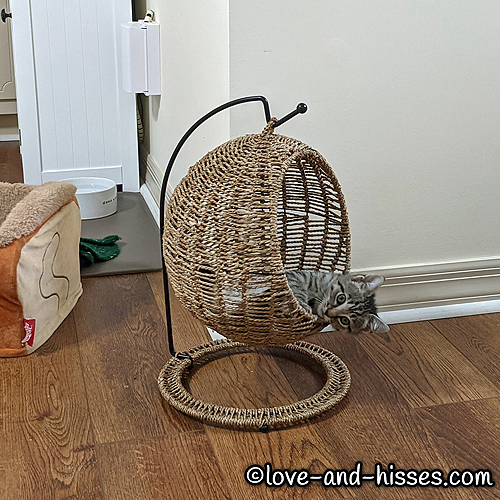 Ruthy hanging out in the Fruittasan. She loves that thing! 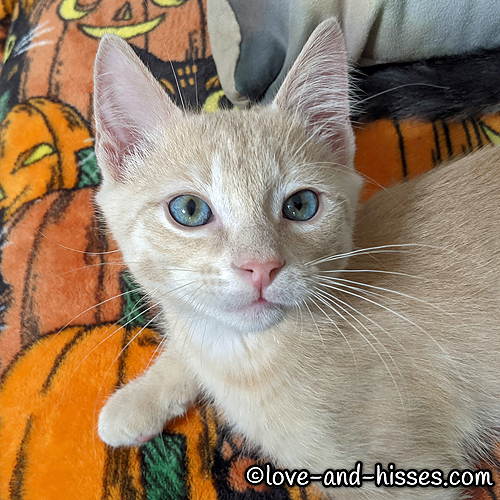 Sammy’s eyes are still continuing to change, ever so slowly… 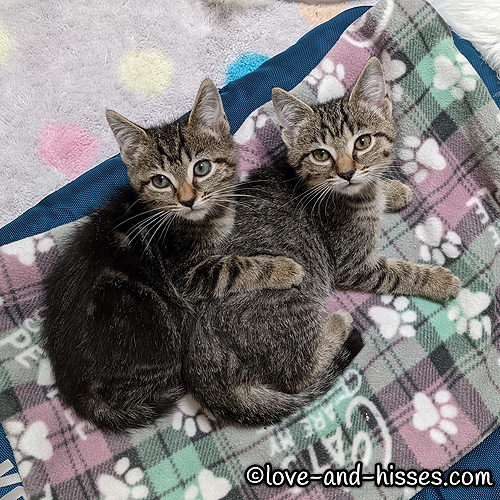 Nikki and Ruthy have a snuggle… and I’ve interrupted again, it appears. 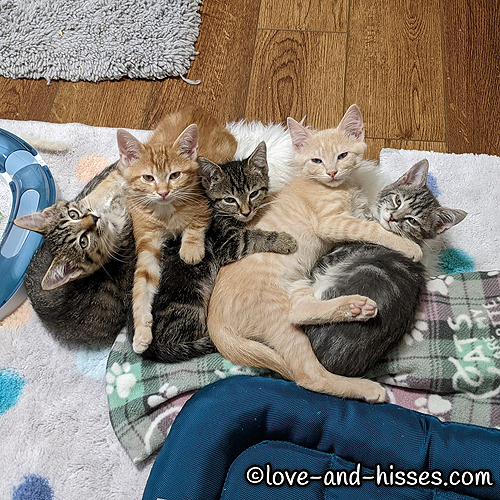