How am I just noticing that the red wreath has sparkle balls and spring toys on it?!? That’s so perfect!!

I think they were the perfect subtle addition to the wreath. I was very tempted to add toy mice to it, but I ran out of time and Fred told me it looked fine.

Also, I don’t know if anyone noticed, but I am in both of those pictures if you look very closely! 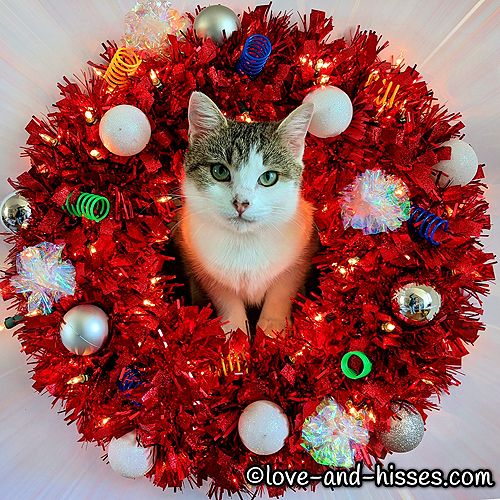 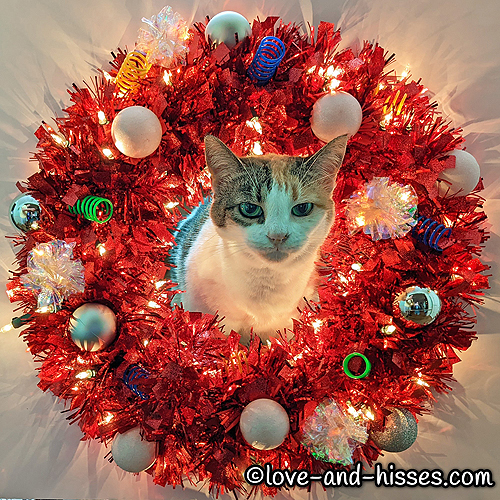 I have to admit, I was REALLY looking forward to a kitten named Kudzu, but still very happy for Ivy and Fred. And I expect it’ll make your vacation a teeny bit less stressful as well (knowing you won’t be missing the labor or kittens).

Fred very nearly danced when I told him – he was SO not looking forward to having to oversee the birthing experience! And I was very much not looking forward to missing it! So this worked out well. And that naming theme is going to be revisited. I have a list a mile long of invasive plant names, I could do nothing but those for the entire year and not run out.

I thought when I first saw her that Ivy reminded me strongly of Alice. Now seeing their faces on adjacent pictures, I feel my comparison vindicated.

I totally agree, they definitely resemble each other! 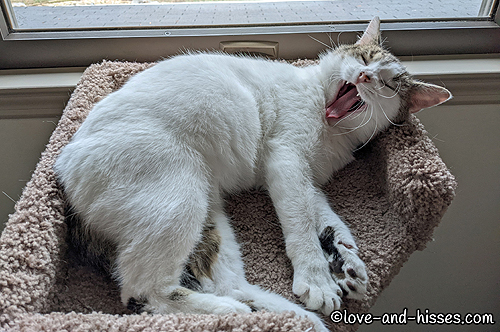 Ivy’s resting up for her crazy New Year’s Eve. She’s going to start out the night snoozing in the foster room… 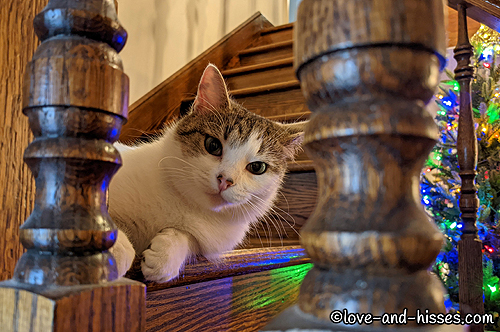 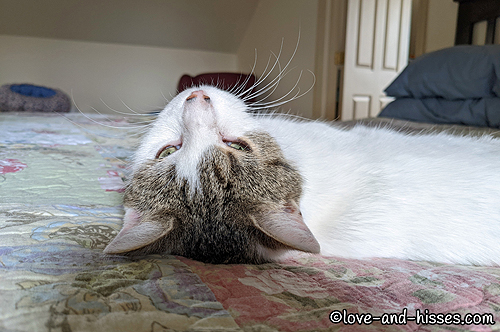 And she’ll end the night in my bed, taking up more than her fair share of room (as she does.)

Speaking of Ivy – yesterday at 4 am, I was awakened by the sound of a herd of elephants thundering down the hall from the foster room.

“This is how it ends,” I thought to myself. “A herd of elephants is gonna trample me.”

Then the herd ran in the other direction. After several minutes of this, I was awake enough to sit up and turn on the light, and what did I see? Ivy running at top speed from the foster room, followed by Charlie. She ran into my room and stopped to face him. He ran in, bounded over her, bounded BACK by her, and went out the door. She ran after him. They spent the next little while chasing each other back and forth, and it was pretty cute.

It’s good to know that Ivy will eventually play well with others – her new brothers (d’Artagnan and Porthos) were fostered alongside Charlie, so they’re the same age. I suspect they’ll have a lot of fun with that girl! 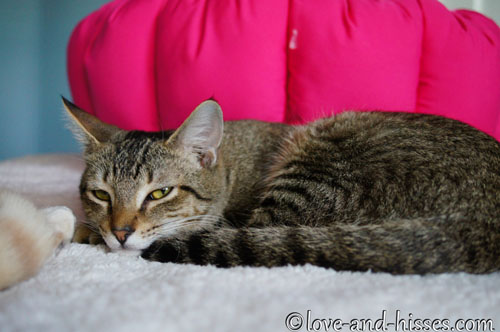 This picture of Dewey is from almost exactly 5 years ago. (For newer readers, Dewey is camera-shy and will run like the hounds of Hell are after him if I even think about taking his picture. Which is such a bummer because he’s a good-looking fella!) 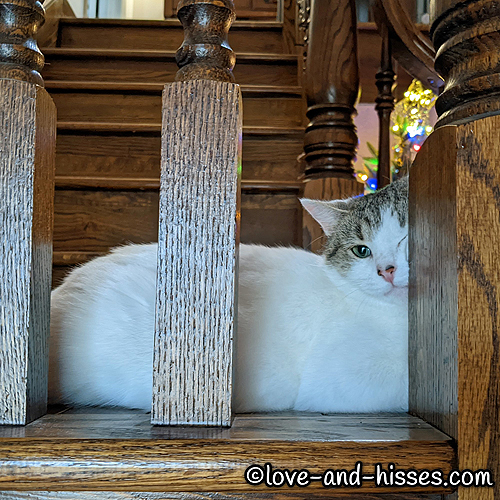 Ivy’s hanging out on the landing, watching the birds on the front lawn. 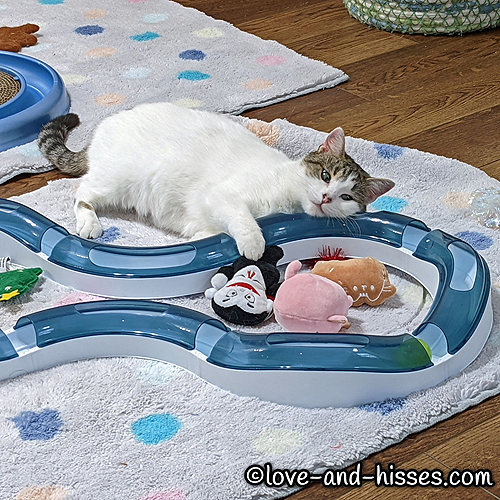 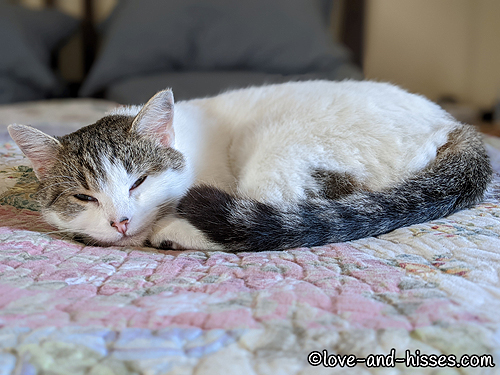