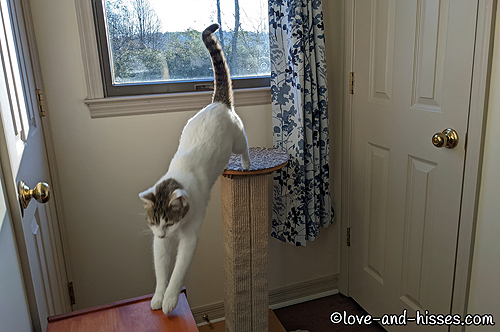 Ivy on the move. 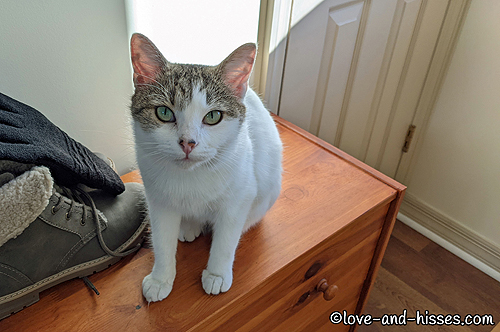 “Lady. Why is there boots and gloves on my sleepin’ spot?” 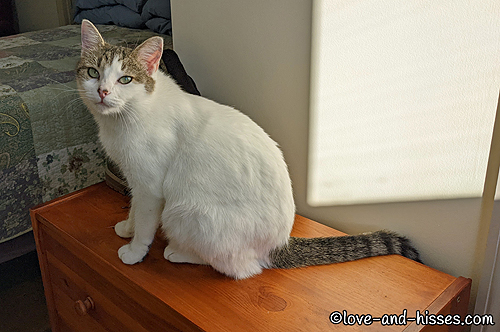 Monday night, instead of closing the door to the foster room after giving Ivy her canned food at bed time, I just left the door open. She came out and had a look around (and eyeballed Khal, who was coming upstairs but stopped on the landing when he saw her), then went back into the foster room. About an hour later I realized she was still in there, so I went in and spoke to her, and she jumped down from the cat tree and followed me into my room. She stayed on the bed with me (alternately snoozing and making biscuits), and at some point during the night she wandered off.

So basically the night went fine, and Ivy has access to the whole house 24/7 now. 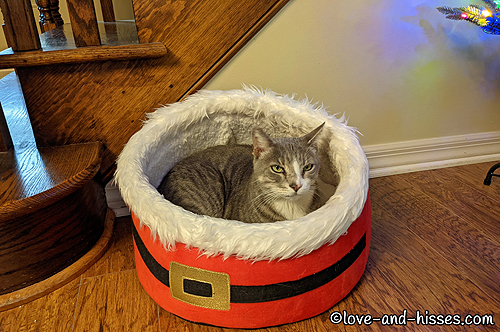 Archie’s enjoying his last few days of hanging out under the Christmas tree, because it’s going to get packed away this weekend. 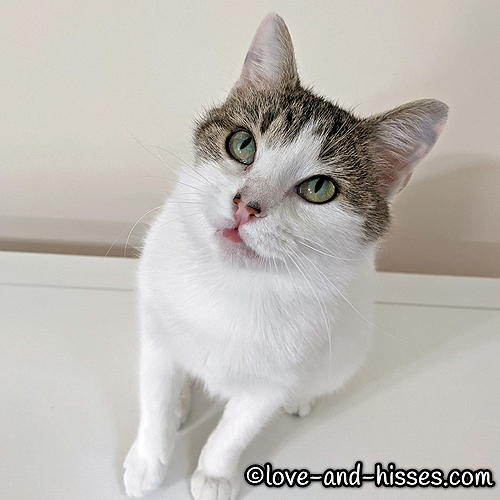 Ivy and the blep of anticipation (there might have been a Churu up there.) 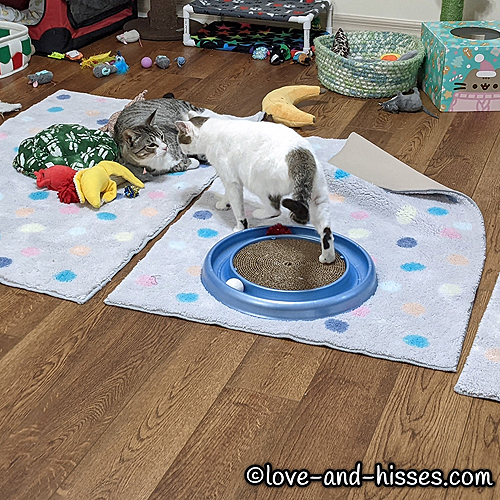 Ivy’s telling Uncle Charlie what’s what. And Charlie doesn’t seem to concerned. I guess he already knew what was what. 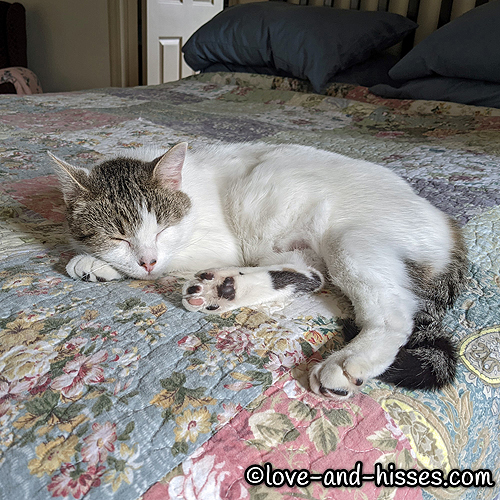