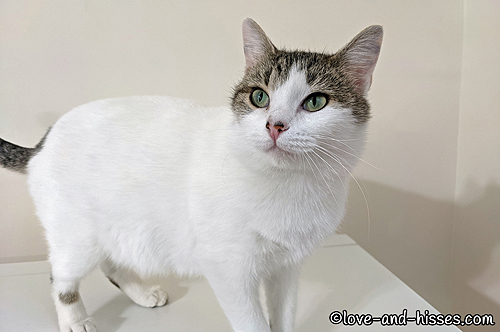 Oh, that Ivy and those GORGEOUS eyes. 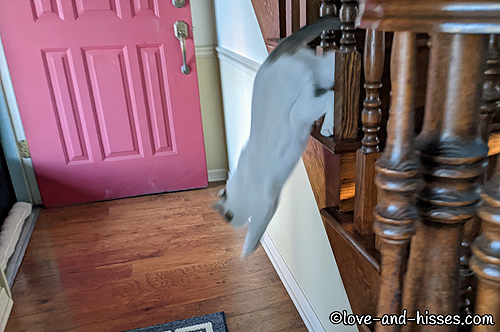 She was hanging out on the stairs, and I was walking over to take her picture when she caught sight of the birds on the lawn and had to get closer to check it out and was all LEAP! 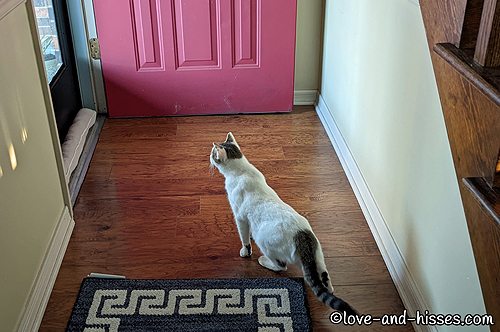 Very very interestin’. (Note: we keep that storm door locked at all times. The cats can’t get it open. In fact, I myself sometimes have a hard time getting it open.) 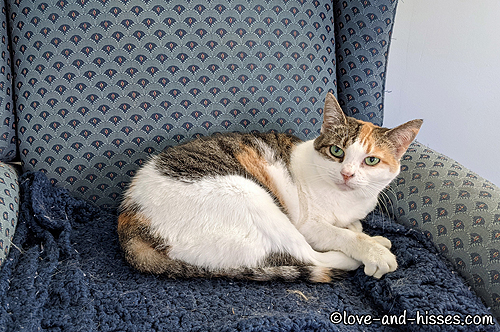 Alice Mo the calico mid-knead (because I’m SURE her Daddy was right behind me, yo.) 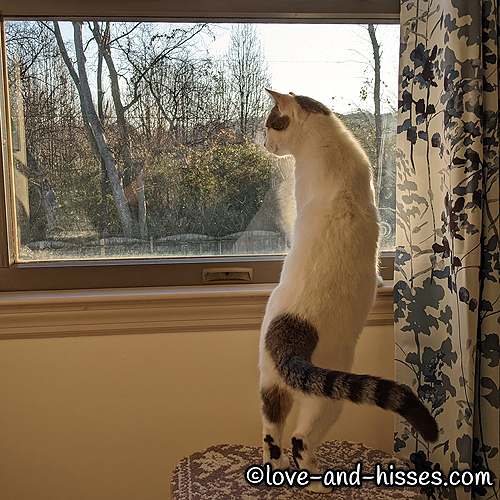 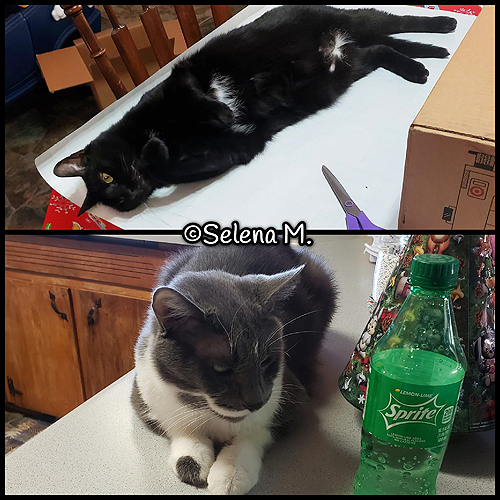 Check out cutie-pie former fosters Flynn (top – formerly Kohle, 2012) and Hook (formerly Puff aka “Little Big Head” back in 2013) celebrating Christmas in their own way. Selena says: “Flynn is here to remind you he’s a gift. Hook just wants the stocking stuffers (all the treats!)” (Thanks Selena!) 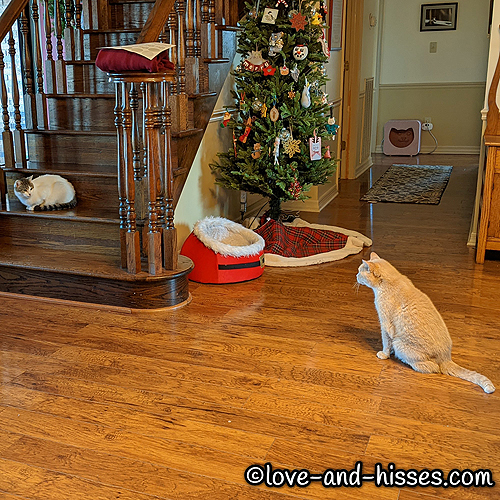 Ivy and (permanent resident) Newt keep an eye on each other.

YouTube link
Tossing toys for Ivy. She is such a little goofball! 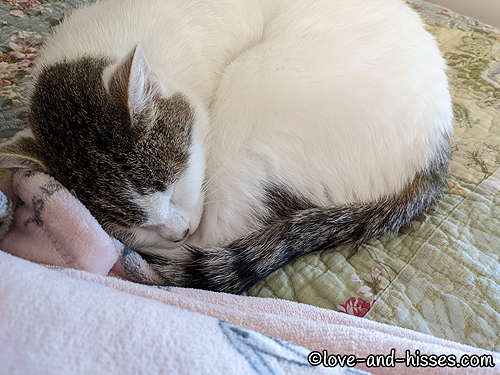