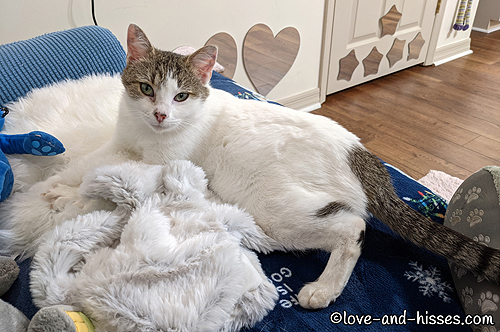 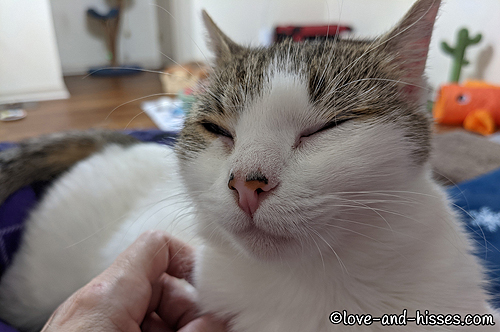 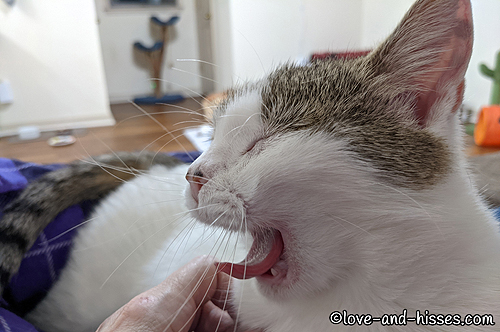 I mentioned this in the video, but I don’t know if I mentioned it in writing: I am going out of town January 6 – 12th, so I think we all know that she’s aiming to have her kittens during that time. (She’ll be fine, Fred will be here to watch over and care for her, though he’s not thrilled at the idea that she’ll have her kittens when he’s here alone with her.) My birthday is January 9th, so maybe she’ll have them that day! 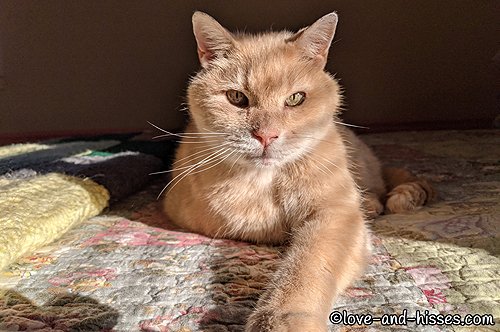 Newt spends his days on Fred’s bed, snoozing the day away and looking like he’s 100% over my shenanigans. 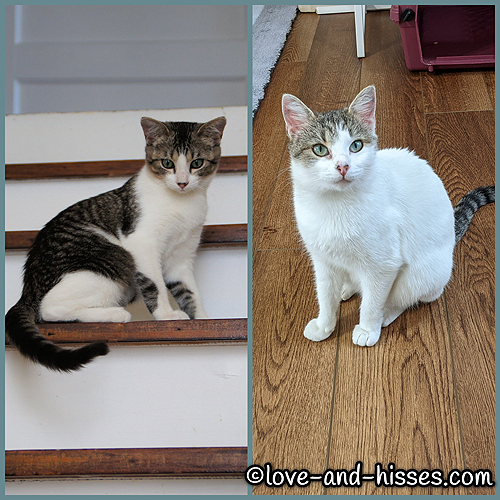 I mentioned in yesterday’s video that Ivy (on the right) actually reminds me of a foster from about 10 years ago, Patty Peppers (left). She doesn’t really look THAT much like her – I think it’s just the gorgeous eyes, and the line over her nose. (Ivy is definitely not Patty Peppers – Patty and her brother Charlie Peppers were adopted together, and would be about 10 years old now… and they were spayed/neutered before they were adopted out, of course.) 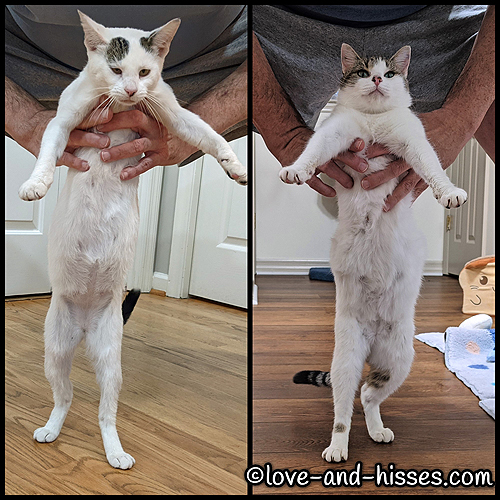 Belly comparisons! On the left is Canasta when we first got her (and again – Canasta made us wait 47 days before she had her kittens.) Ivy (right) is more rounded than Canasta was, but they also have different body types. (Ivy’s crew seems to be listing to port a bit, no?) 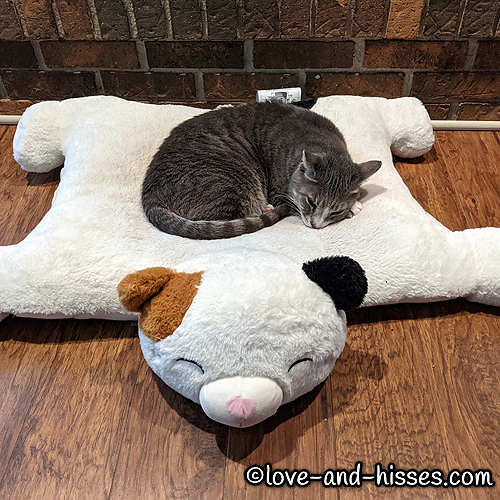