Speaking of cards, I have received a bunch of awesome cards, and actually got around to scanning them in in a timely manner! See them here at Flickr, or scroll through them below. 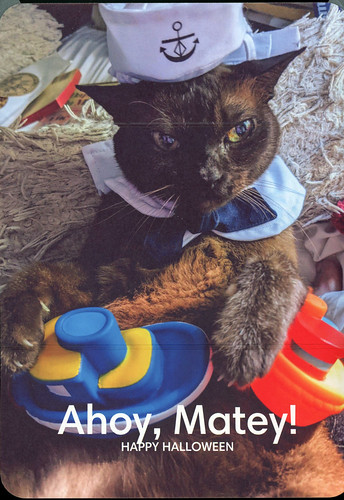 THANK YOU, everyone who has sent cards. I will, of course, keep scanning them as I receive them (as I recall, last year I received a bunch all at once in the beginning of January!) 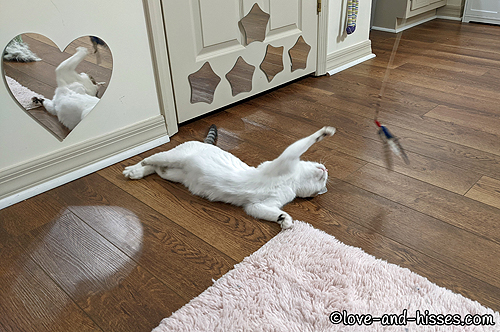 This particular playing style certainly reminds me of a very pregnant Canasta. 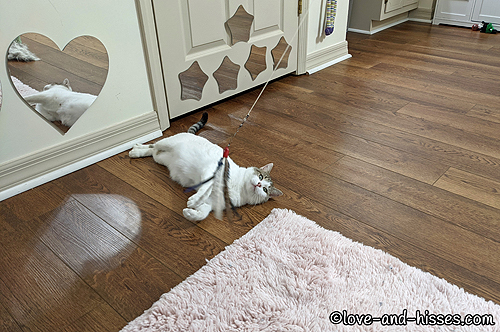 Ivy’s like “Yeah, I’m just gonna lie here and swat at the feather teaser. You gots a problem with that?”

(A few people have asked if there’s any possibility Ivy is related to Canasta. Well, never say never but Canasta came from Birmingham – about 1 1/2 hours south of us – and Ivy came from about half an hour north of us, so I’m going to say that the likelihood is pretty low.) 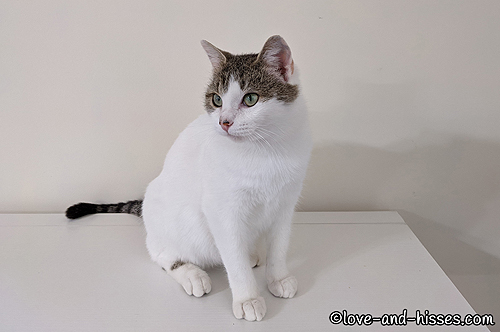 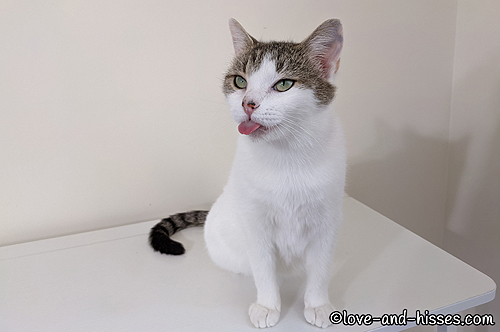 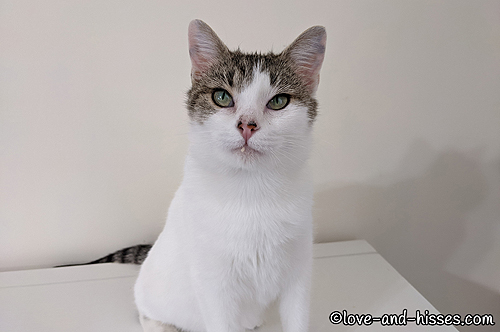 “I’m saving that blop for later.” 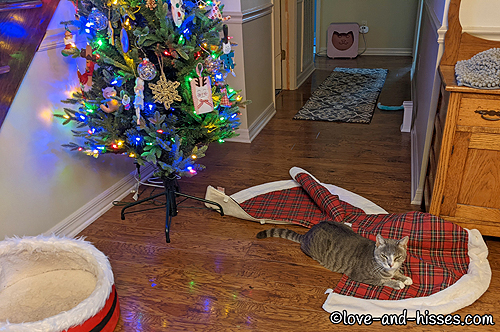 The Christmas tree skirt, subdued again. Archie knows his job, and does it well. 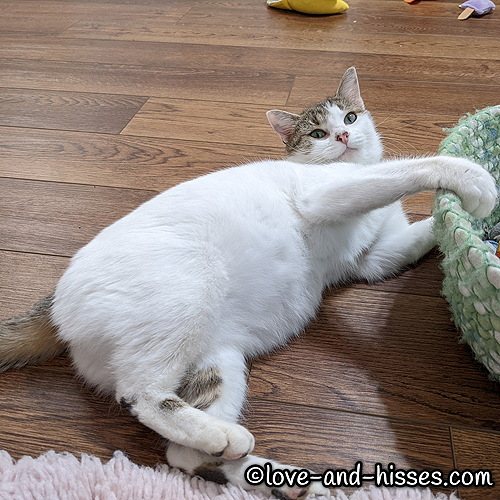 “I sees you lookin’ at my belly, innernets. I find you RUDE.” Oh Ivy, just give us the babies! 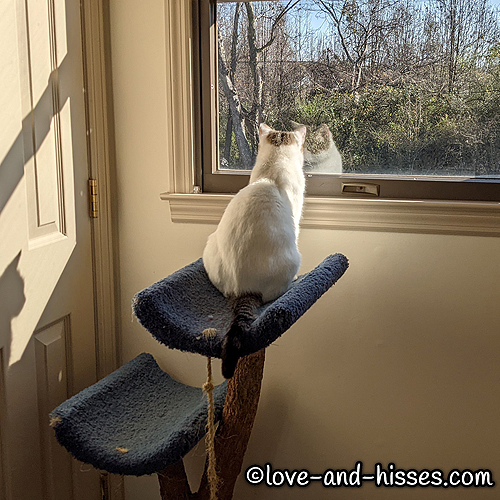 Ivy checks out the view. 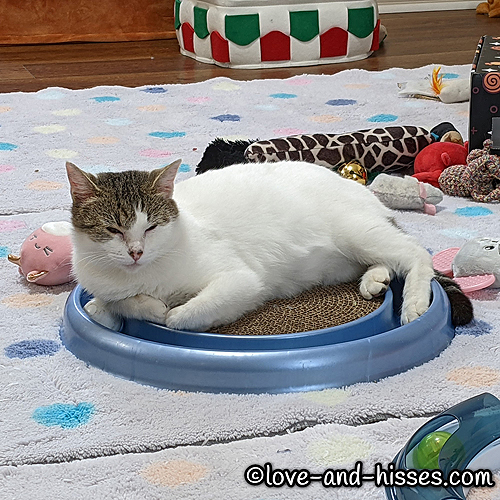 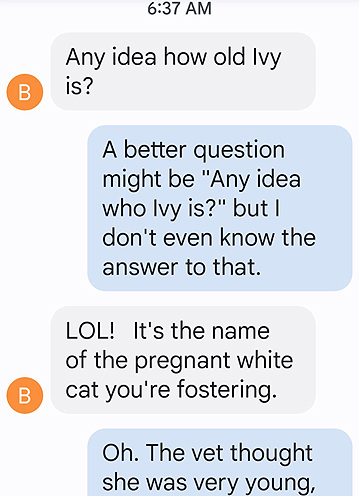 A conversation between Fred and his sister. You guys think I’m kidding when I say he never bothers to learn the fosters’ names (and gives them nicknames instead.)

(FYI, Fred’s nickname for Ivy is “Mama” – that’s what all the pregnant cats’ nicknames are.) 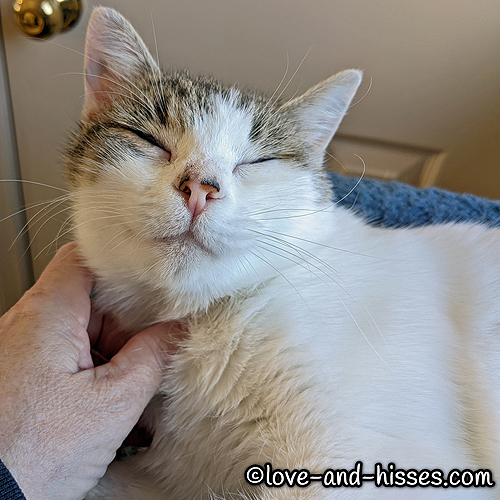 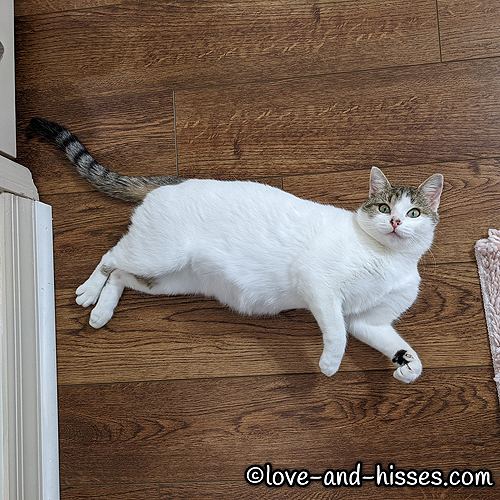 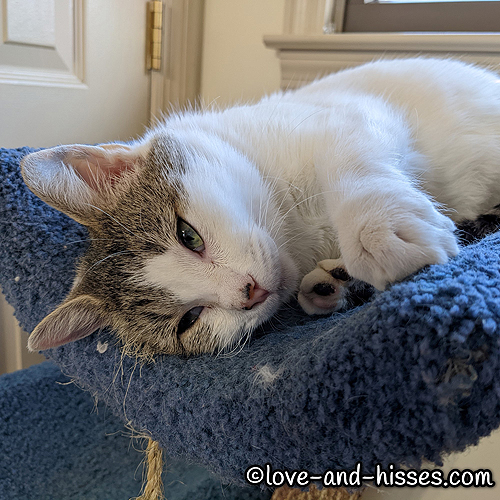 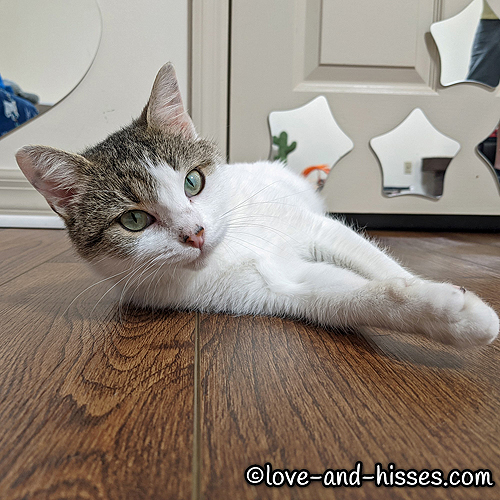 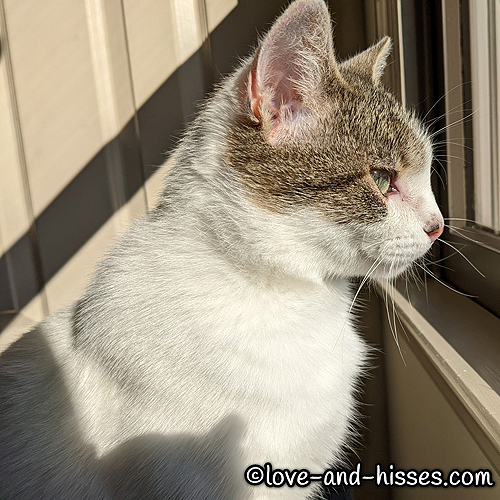 Ivy keeps an eye on the back yard. Someone’s gotta! 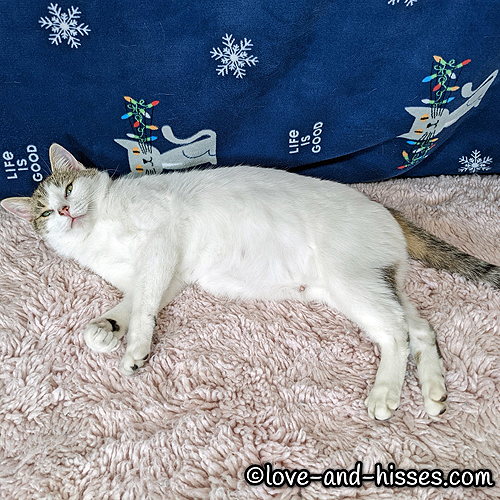