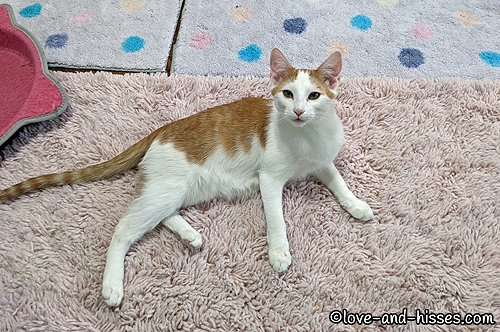 Christopher Chutney is all “What?” 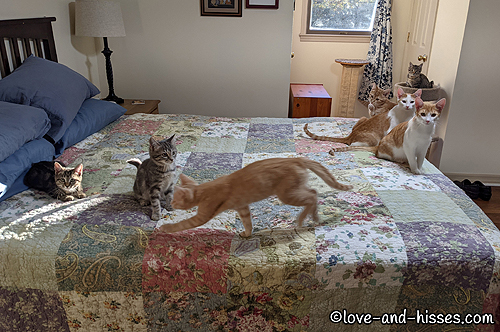 The fosters now have the run of the upstairs, and they think it’s AWESOME. 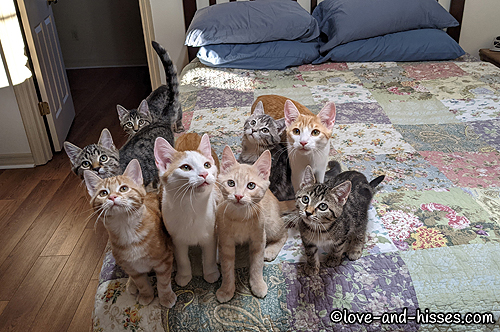 Of course they gravitate to my bed. Because that’s where cuddly nap time happens. 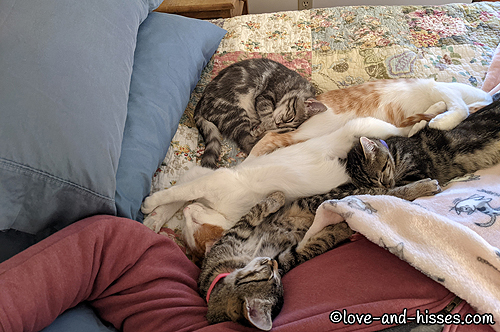 They learned the magic of nap time pretty quickly, as you can see. 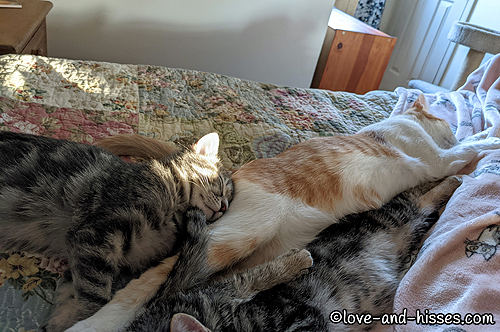 Remember how a week ago the big kittens and little ones were growling and hissing at each other? Now they pile up like this to nap.

The little kittens went for their spays and neuters yesterday, and as expected they came through surgery just fine. We were home again by early afternoon. The kittens were WIRED and did a lot of racing around and playing, then napped, then raced around some more.

Also, I got to see their mother yesterday… 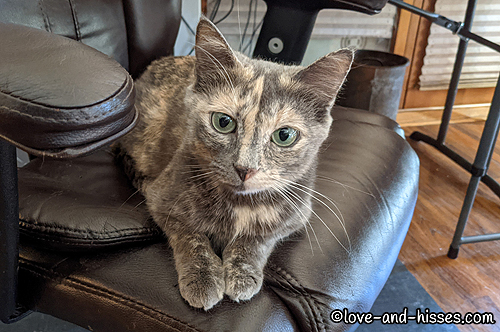 “You aren’t bringing those kittens over here, are they?” Maddy Magnesium is doing great – Michelle reported that she spends most of her time sitting on Michelle’s desk purring and waiting to be petted. How cute is she? She was spayed yesterday (at least, I think she was – she was scheduled to be) and is available for adoption if anyone’s looking for a super-sweet chill girl who just wants to be petted. 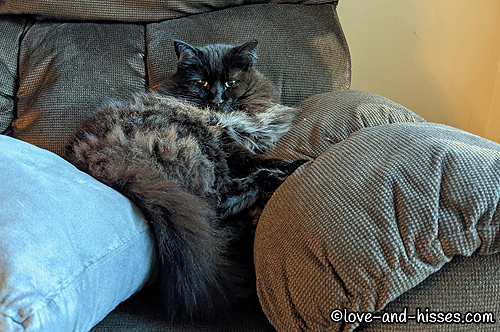 Khal has claimed that recliner – Fred’s recliner – as his own. He spends pretty much all day piled up there, sleeping. And then at TV time he grudgingly makes a little room for Fred. He’s a man of habit, that Khal. 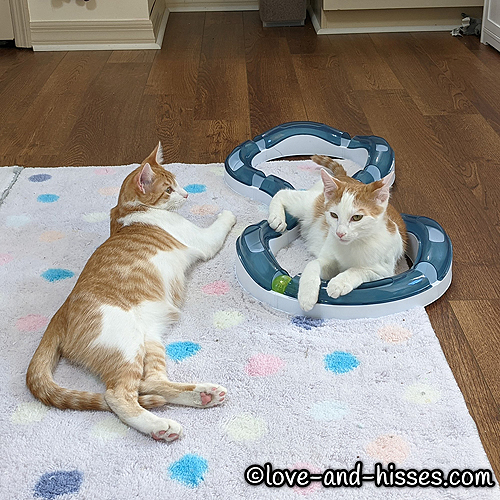 Alfie Alfredo (left) and Christopher Chutney are the only ones in the foster room today – the little kittens are off for their spay/neuter surgeries. I expect all will go well, and we’ll be home again by early afternoon. 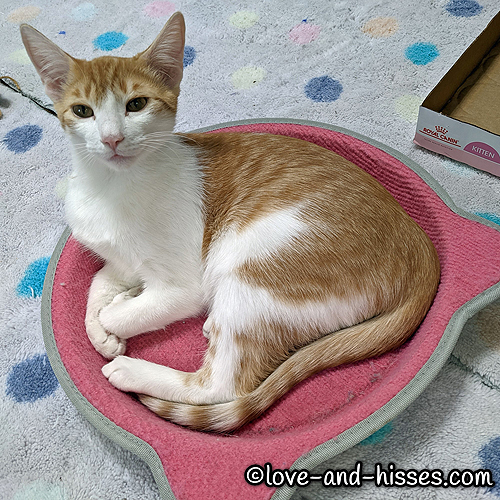 It’s an Alfie pie! My favorite!

YouTube link
(This video is from yesterday; the little kittens are still off being spayed and neutered.) Alfie and Christopher are playing with the cool track toy, and I’ve got a lap full of kittens. 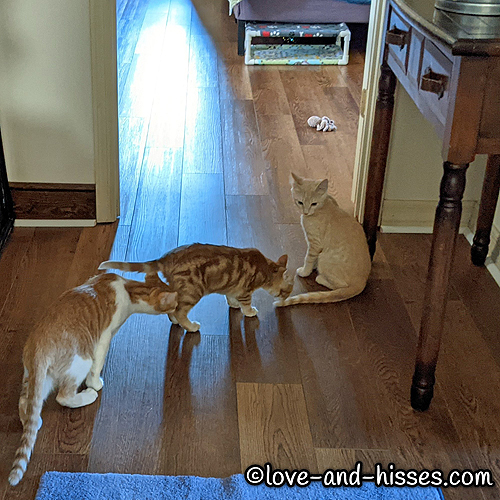 Home again, home again. The Elements kittens (Barry, Carli, Nikki, Ozzy, Ruthy and Sammy) were spayed and neutered this morning. They came through their surgeries just fine, and are home again now, getting the ol’ snifferoo from Alfie and Christopher.

YouTube link
(This video was made yesterday.) Napping with purring kittens. I pumped up the volume in the second half of the video so you can hear the kittens purring like crazy. 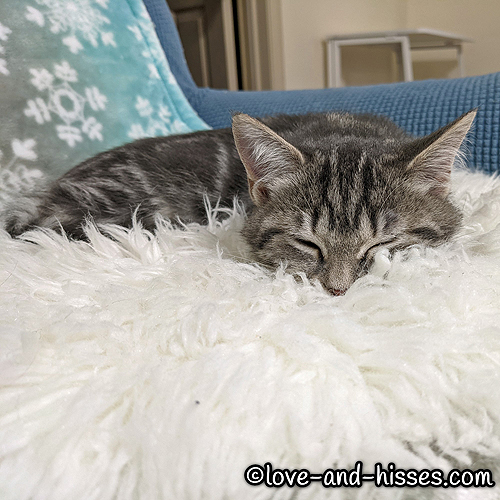