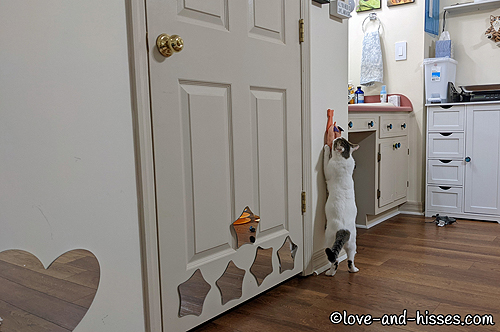 All of sudden that toy – which has been hanging there the entire time Ivy’s been with us – caught her attention and she had to show it what was what. 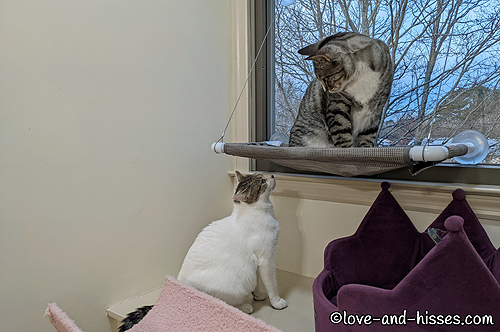 “Excuse you, Uncle Charlie, you’re in my spot.” 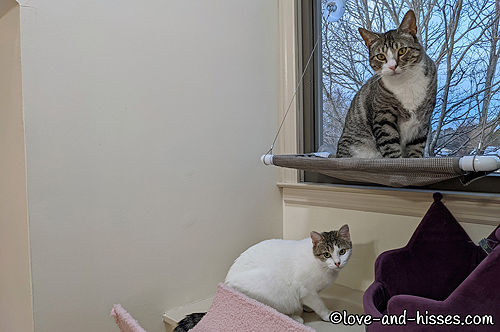 Charlie’s all “I believe this one is wrong.” 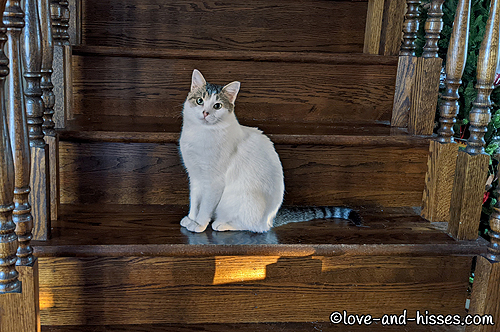 Since there’s no reason for Ivy to be contained to the foster room, she’s now allowed out to explore.

We left the foster room door open all day yesterday and she’d venture downstairs, look around a little, and then go back to the safety of the foster room. It was remarkably calm – there was an incident where Charlie got too close and required a smack, but that was in the foster room (ie, HER territory) and I’m sure he deserved it. Out of the room she just looked at the other cats and they looked back, and there was no drama.

It was a lot calmer than when we throw open the foster room door and a flood of kittens come running out, I’ll tell you that.

Oh, and guess who’s adoption pending? That would be Ivy. She’ll go home after her spay surgery (which is currently scheduled for January 17th, but we’re hoping to get it done sooner than that.) 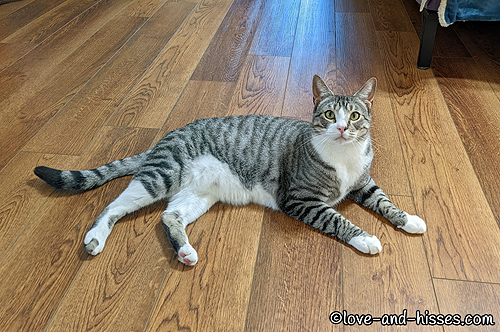 Charlie’s all “I find her rude but I guess she’s okay otherwise.” 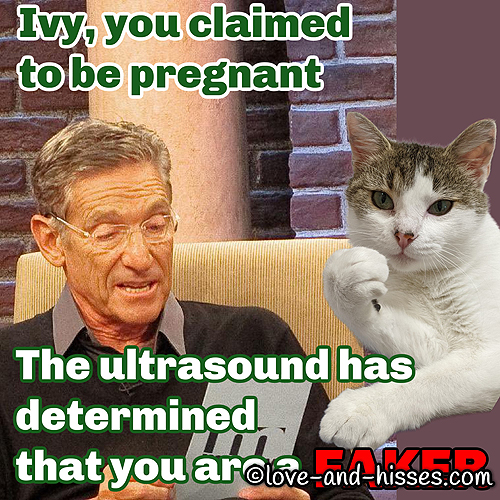 In case you missed it yesterday we discovered that Ivy is a big ol’ faker. She is NOT pregnant, she will NOT be having kittens, and she ain’t sorry for faking it.

Long story short: after realizing she hadn’t gained weight in 5 days, was eating fine but not voraciously the way pregnant cats do, and really just didn’t LOOK as pregnant as she should after almost 2 weeks with us, I dropped her off at the vet. They did an ultrasound and shaved her belly to look for a spay scar, and there are no kittens in there. (There’s also no spay scar – she’s scheduled for her spay on January 17th, which is as soon as I could get her in.)

This is where you might be tempted to say “You should have gotten her to the vet sooner!”, and I might be tempted to remind you that she was seen by a vet before I even got her, and the vet said she was pregnant. This is the 3rd cat I’ve gotten who’d been seen by a vet and was declared pregnant, who turned out not to be. What I’m saying: it’s not as easy to tell if a cat is pregnant as you’d like to think.

Ivy is my 7th faker, and of course I’m going to post a collage of the other 6 later today.

YouTube link
In case you missed it earlier, an ultrasound at the vet yesterday showed us that Ivy is not pregnant. She’s not one tiny bit sorry for being a faker, either. (She’s scheduled for her spay surgery on January 17th.) 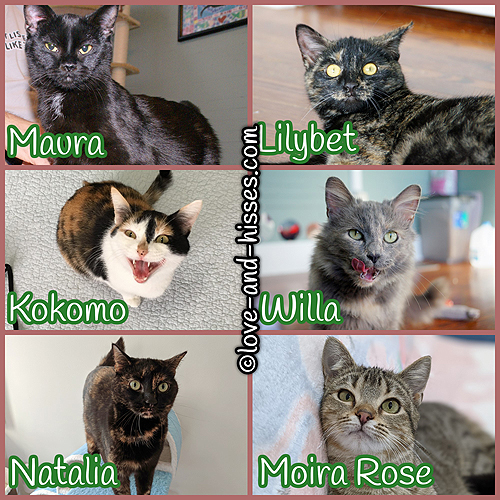 Maura, our first faker, back in 2010. It took me 3 weeks to decide she might not be pregnant.

Kokomo, in 2016. She came to us straight from a vet’s office, we were told she was pregnant, and yet. She hung out with us for 3 weeks and ate her weight in Gerber chicken baby food before she went into heat and I thought “Hey, wait.”

Willa, in late 2016. We were told she was “hugely pregnant” and “ready to burst,” but when we got her I said “I don’t think this is a pregnant cat.” A few days later she went into heat and proved me right.

Natalia in January 2020. She never looked pregnant to me, and in fact not only was she not pregnant, she’d already been spayed. She came and went quickly, was only with us for about 9 days.

And Moira Rose in late December 2020. I thought she might be pregnant, she looked kind of round, but then she didn’t get rounder and got a trip to the vet. She was with us about 3 weeks – and fun fact, she’s now Roxy, and you can follow her on Facebook here. 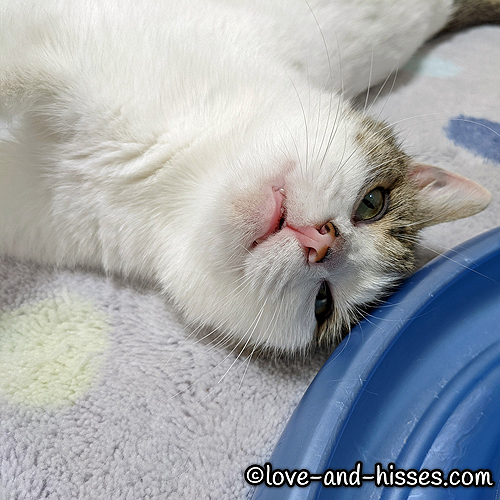 Good night innernets. Faking being pregnant is hard and exhausting work. (Ivy is a faker, in case you missed the news. An ultrasound showed that there ain’t no babies.)