I’ve scanned and posted all of the Christmas cards I’ve received so far – you can see them at Flickr, here. 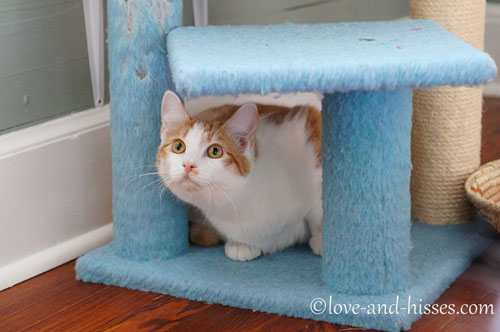 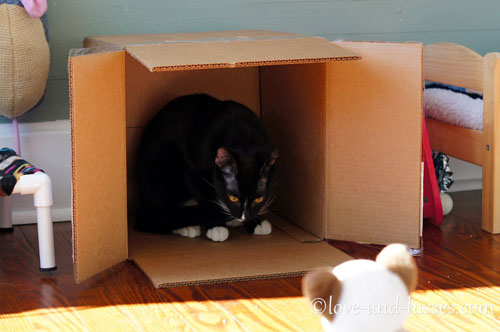 Toto checks out the box I put in their room. 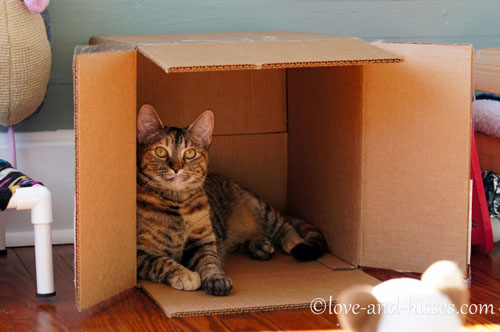 Bunnie thinks this will do nicely, thank you. 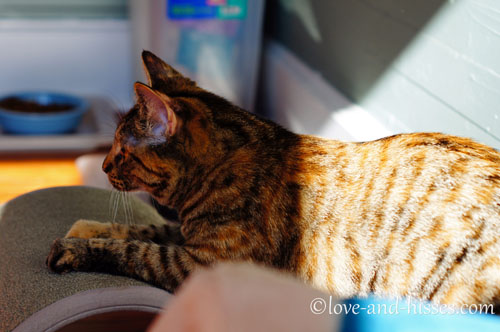 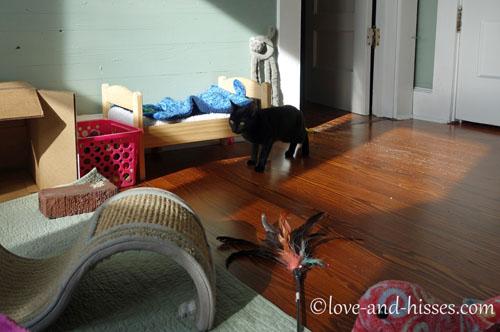 Tricki slinks out of the closet.

Tricki, Toto, Bunnie and John Smith are doing well. Tricki’s the only one who runs into the closet when I walk into the room now, and even she comes right back out. None of them particularly care for the days when I sweep the room and closet, but I suspect that they’d prefer the vacuum cleaner even less; SOMEthing has to help me get rid of that litter they scatter everywhere!

On Saturday afternoon, my cell phone rang. I was SO sure it was the Saturday adoption counselor at PetSmart calling to tell me that someone – or many someones! – had been adopted. But alas, no. It appeared that a Soprano was acting as though they didn’t feel well, just laying and refusing to play and looking, you know, UNWELL. So I grabbed my purse and keys and headed to Petsmart. I agreed with their assessment and decided to take the kitten in question home with me.

When I got home, the kitten hopped out of the carrier, sniffed around a little, ate a few bites of cat food, and then sacked out on the heated electric throw on the couch. A few hours later, the kitten in question woke up, stretched, bit Paulie Walnuts on the neck, and then ran to the kitchen to beg Fred for a piece of the popcorn he was popping.

What a little faker. 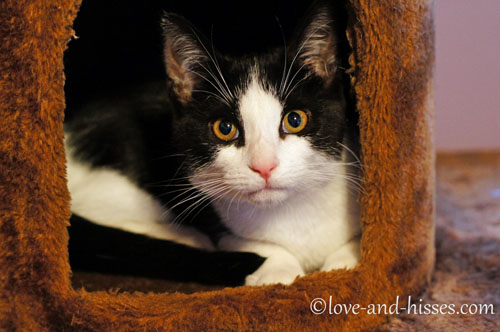 Yes, Meadow got to come home for a bit. Sunday morning she was acting like she felt completely fine. It was originally my intention to keep her here with Paulie until after Christmas, but Sunday morning it was made crystal clear to us that while the permanent residents were tentatively okay with ONE kitten running around the house, TWO kittens is where they draw the line. The funny thing is that it was Fred’s desk chair and couch where the message was left. The NOT funny thing is that I’m the one who had to do the laundry to erase those messages. Hmph.

I suggested to Fred that we put Paulie and Meadow in his office overnight, but after I went and actually looked around his office, I decided I’m not comfortable with that. There’s way too much expensive equipment in his office that could be damaged by bratty little kittens.

So I’m taking Meadow back to Petsmart to join her siblings this morning. Paulie will go back Friday morning.

There were no adoptions at all on Saturday – and no one even wanting to look at any of the cats. Hmph! 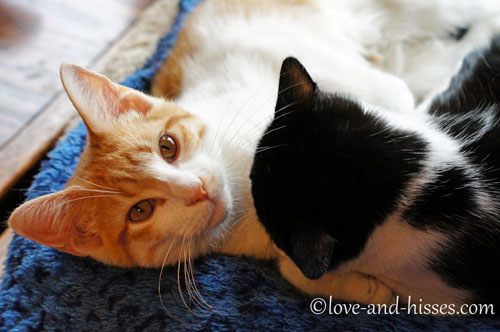 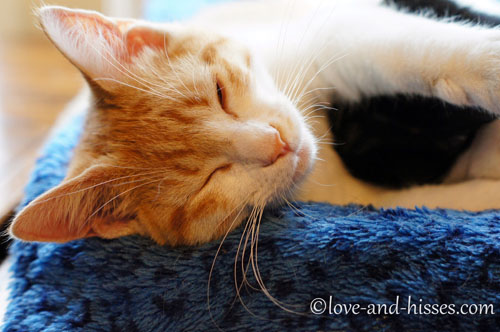 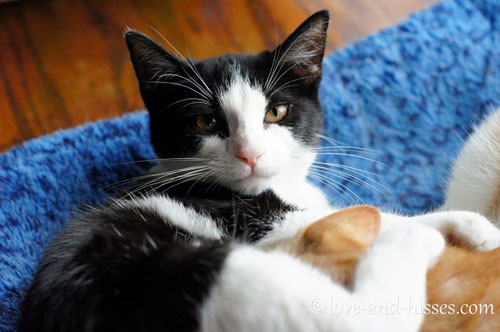 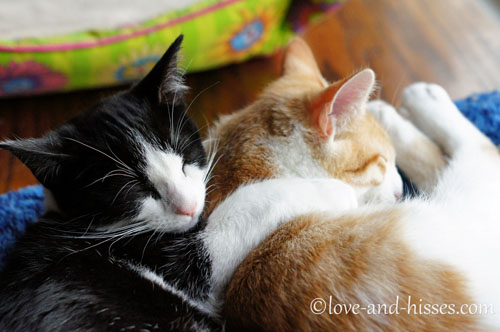 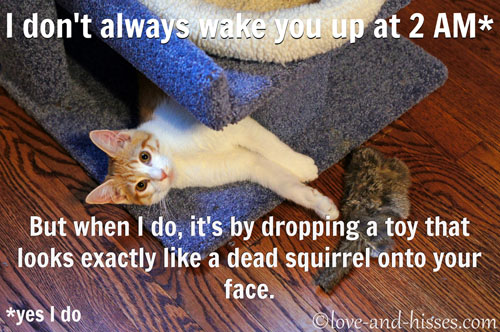 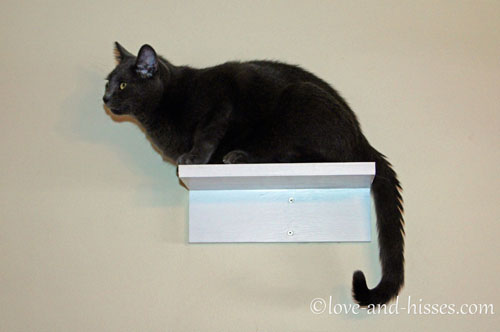 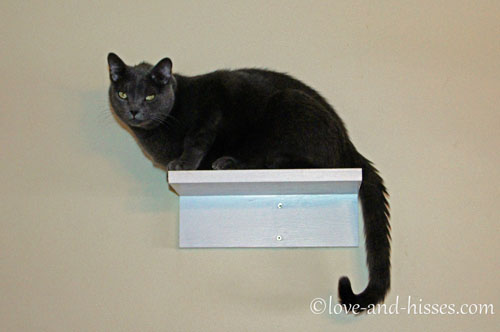