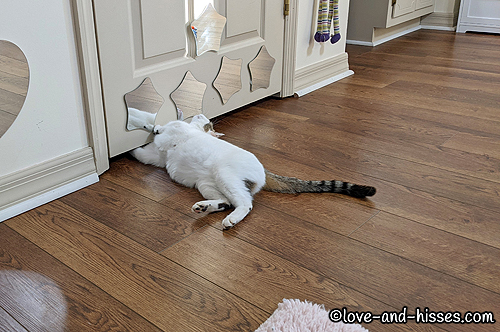 There’s a draft blocker on the other side of that door (not to block a draft, particularly, but to block toys from leaving the kitten room) and Ivy loves to smack at it. 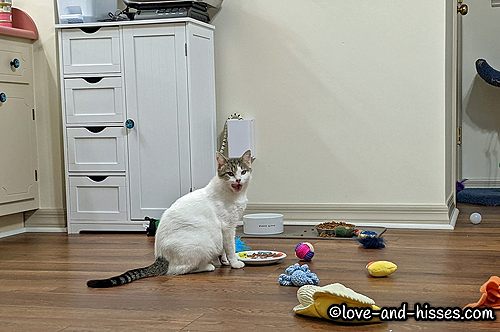 Ivy’s found her appetite. (For the first few days she was here, I couldn’t get her interested in canned food at all – she’d sniff it, lick it, and then walk away. I finally found one that she’ll eat – Tiki Cat – and if I offer her anything else, I get A Look. I guess we have a princess here.) 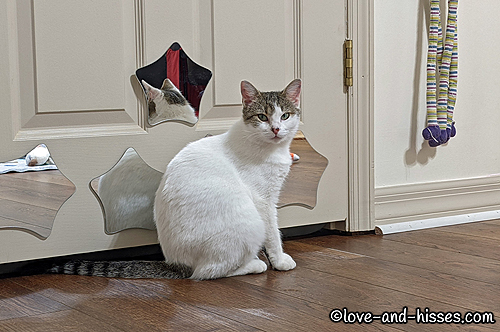 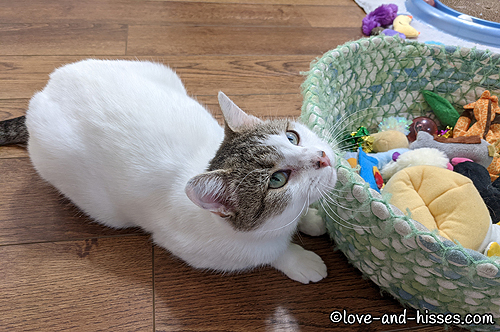 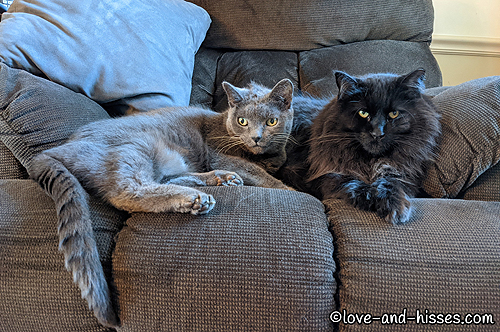 Jake and Khal have a snuggle. 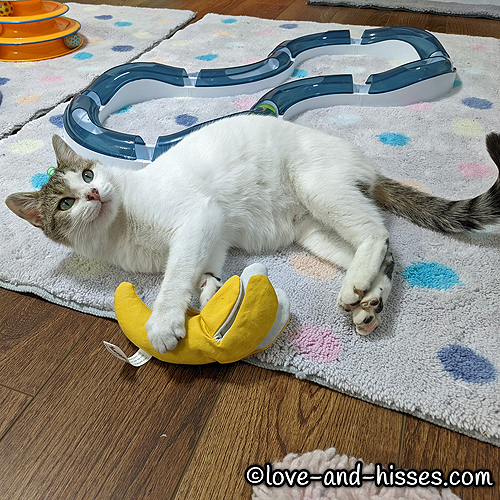 Banana for scale (that SMILE on Ivy’s face!)

YouTube link
Ivy’s got that waddle. I mean GLOW. She’s got that pregnant girl glow. Is what I meant to say. 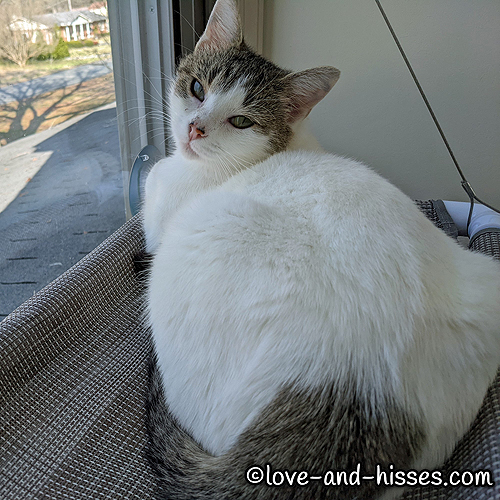 “What? Am keeping an eye on the neighbors!” Ivy gets her Kravitz on. 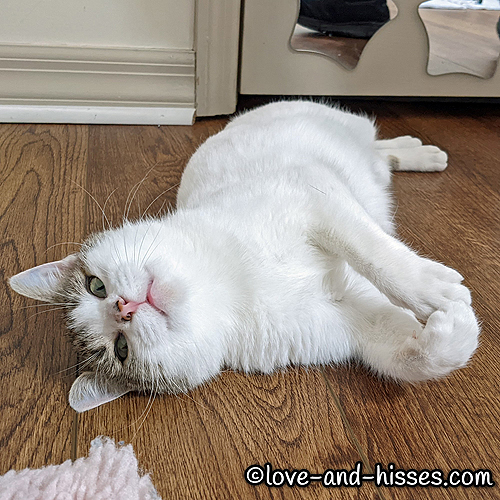