The time has come, my friends. Tomorrow evening, the Sopranos kittens will be going to Petsmart, to join Livia, who STILL hasn’t been adopted. I’ll be bringing 4 older kittens (6 – 7 months old) with me, to give them a break from being at Petsmart.

(I have a ton of Sopranos pictures that I took over the weekend, though, so you’ll be seeing them until the end of the week.)

The house is going to be SO quiet without them here! 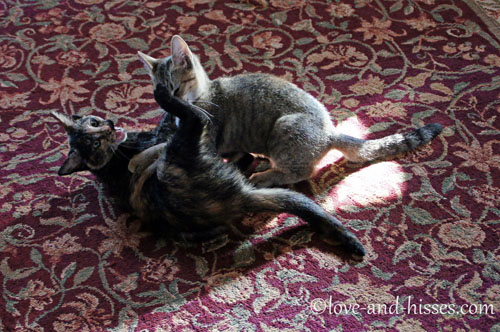 Adriana, showing Carmela how it is. 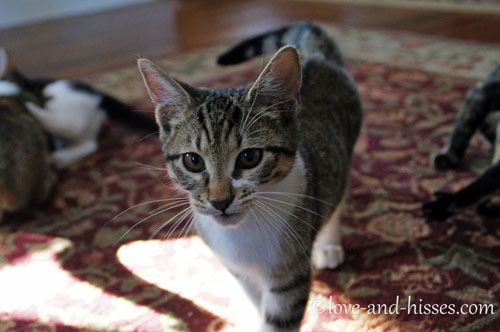 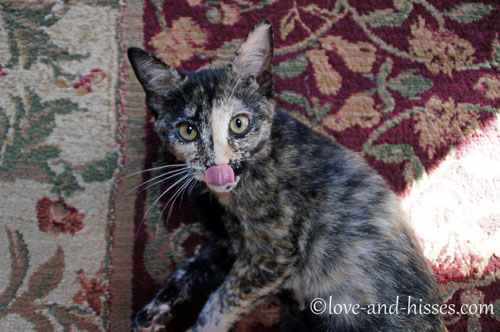 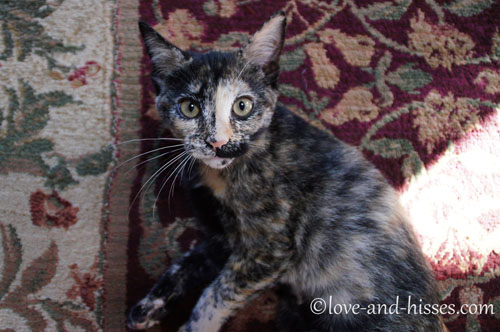 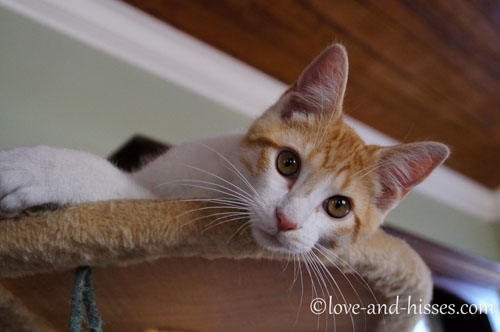 Pretty Paulie on the platform. 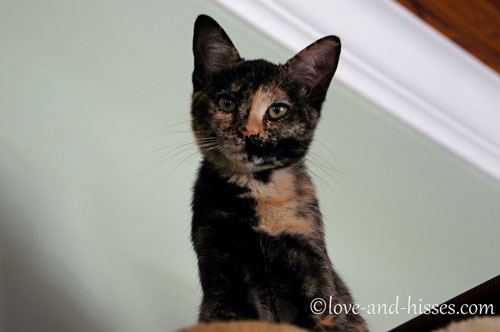 And Adriana, up higher. 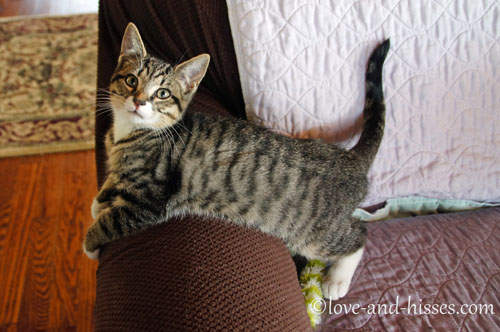 Tony likes to hang over the end of the couch, watching his siblings do their thing. 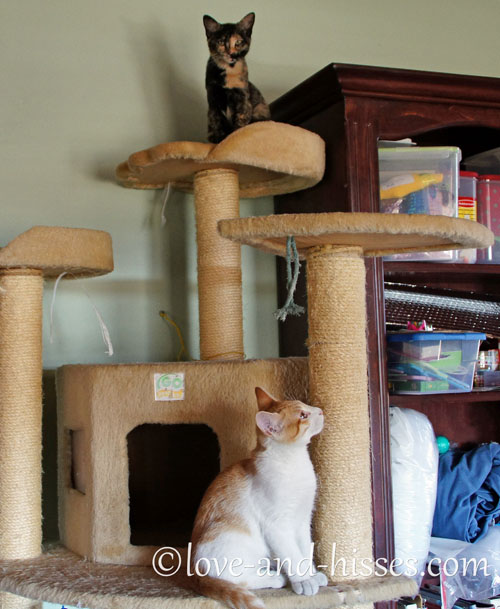 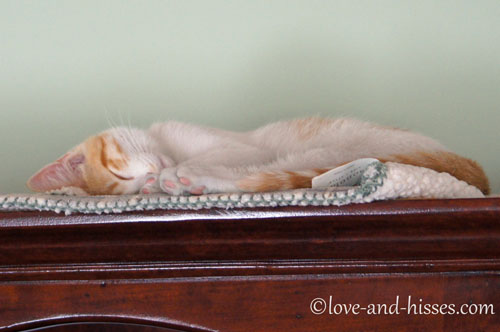 Paulie went up on top of the bookcase, showing off his dirty toes (the white fur on his feet is dirty looking due to the activated charcoal I use in the litter boxes.)(And yes, I know you probably wouldn’t have noticed that if I hadn’t said anything, but I noticed it!) 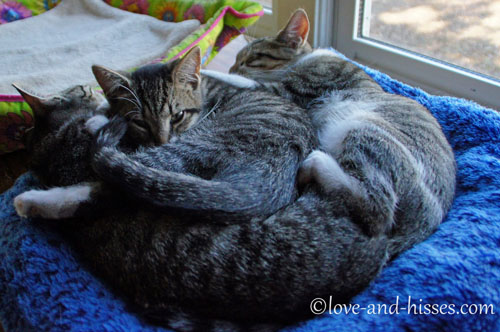 Pile o’ warm, sleepy tabbies. Melfi on the left, Silvio on the right, with Tony right in the middle. 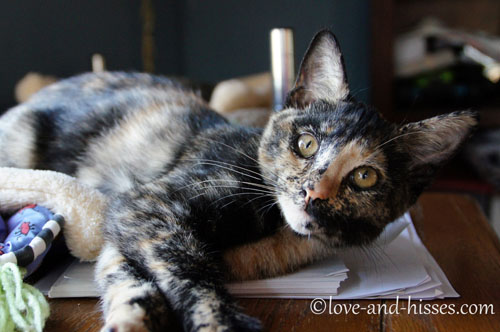 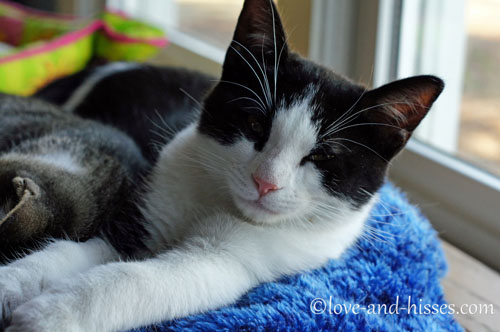 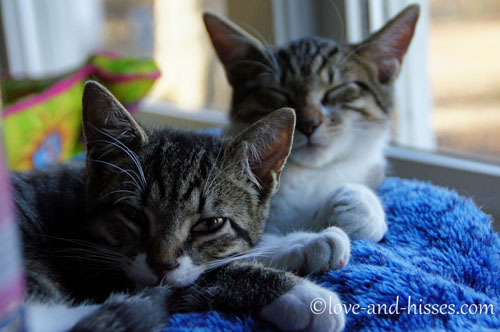 Tony, with Silvio in the background. 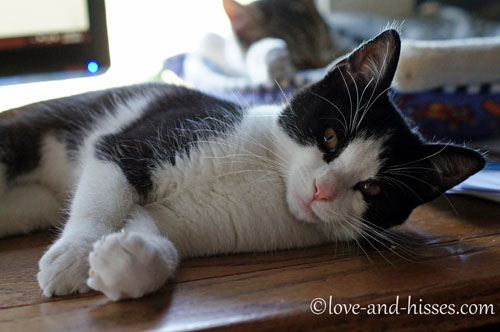 Meadow likes to lay between me and the keyboard, and occasionally bat at the monitor.

Every evening, Maxi asks to come inside. We always let her in (she’s allowed in whenever she wants, of course). She climbs into the cat bed on Fred’s desk. 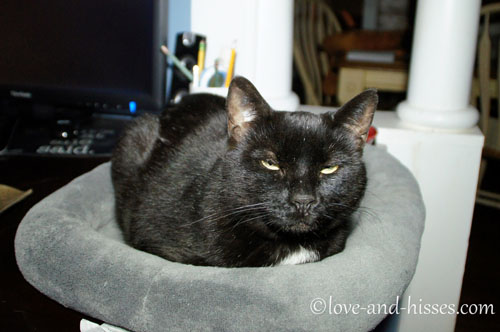 “This will do,” she says, and dozes for a while.

Then, inevitably, either Corbie or Jake gets all creepy and interested in the fact that she’s in the house, and they do this. 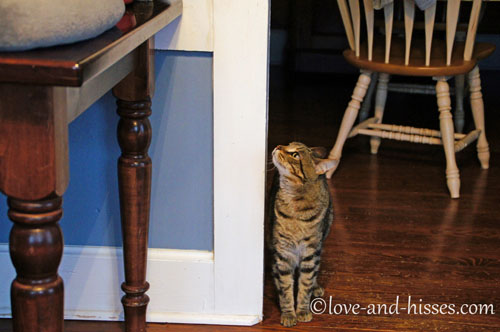 Maxi can only handle it for so long before she stomps back to the door and demands to be let out. She is, every single day, 100% horrified and appalled that THERE ARE OTHER CATS IN THIS HOUSE, and she tells us to GET RID OF THEM before her next visit OR ELSE, and then out the door she goes.