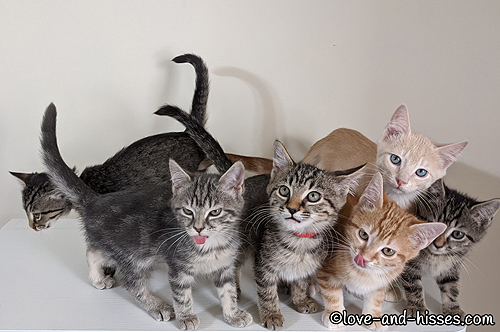 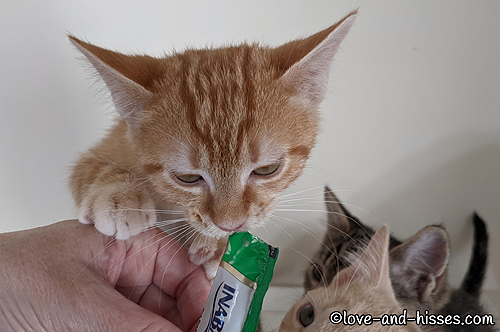 Yep, it was Churu time. 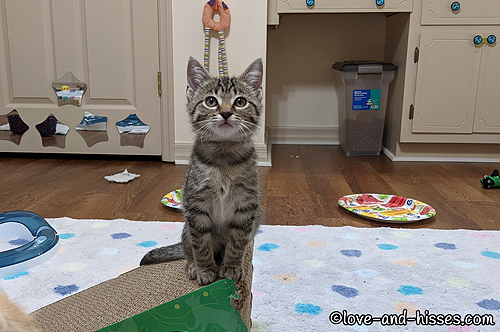 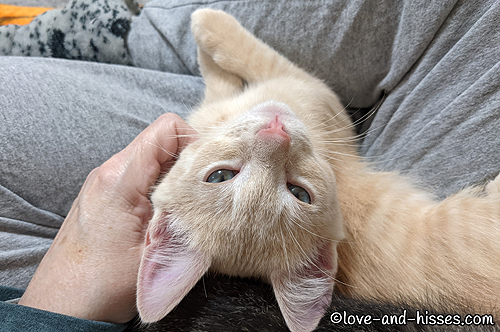 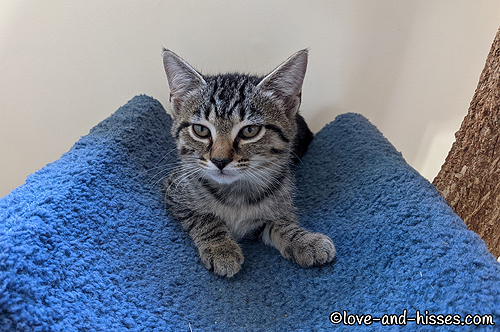 Barry looks serious, like I just woke him up from a good nap. (I did! Not on purpose, though. I didn’t know he was sleeping.) 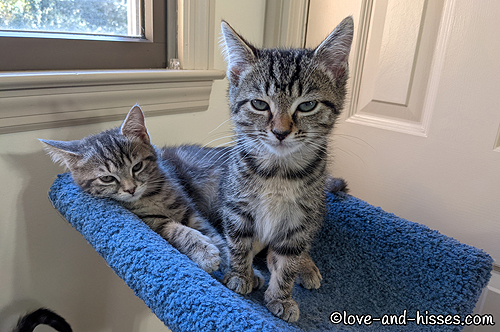 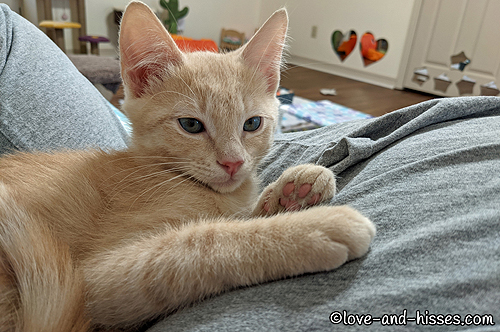 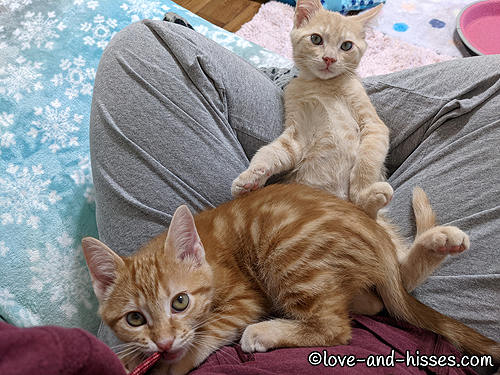 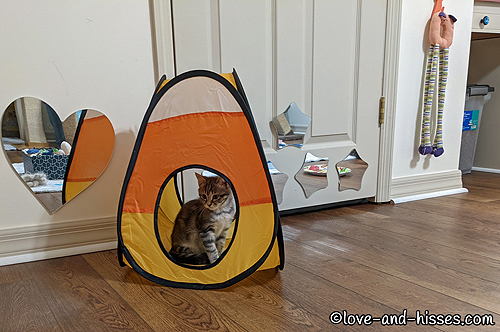 Carli prepares to take that tent DOWN. 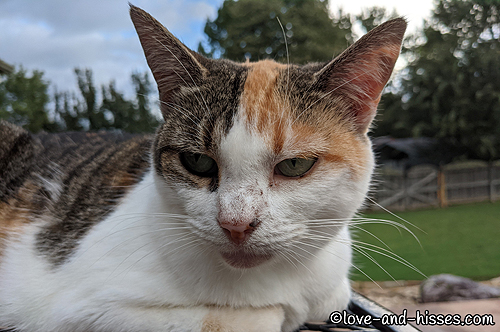 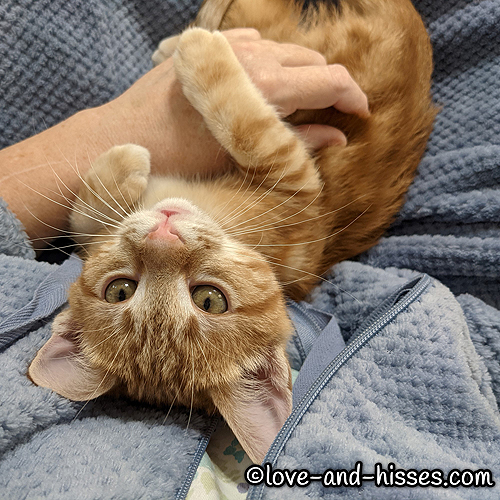 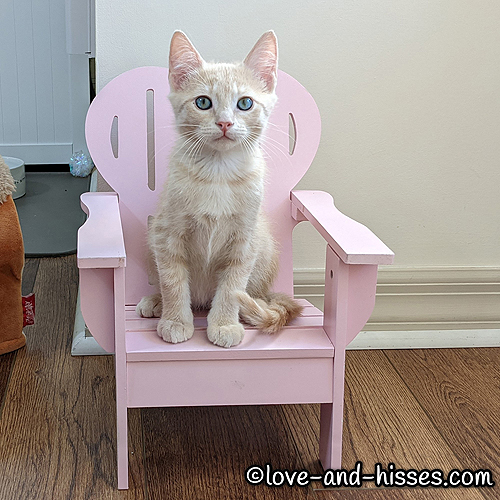 Sammy is just such a pretty little poser.

YouTube link
The kittens are having their post-breakfast zoomies. Now that they’re fueled up, it’s time to zoom around the room! 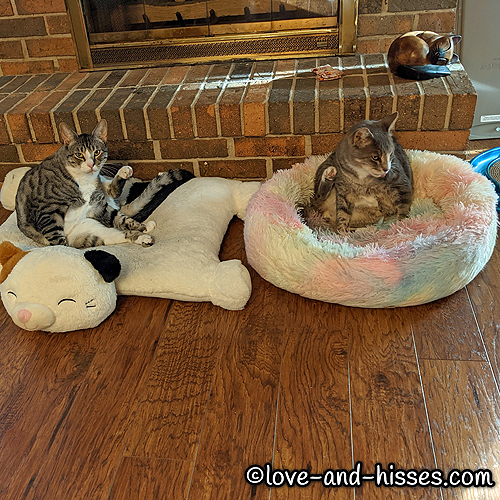 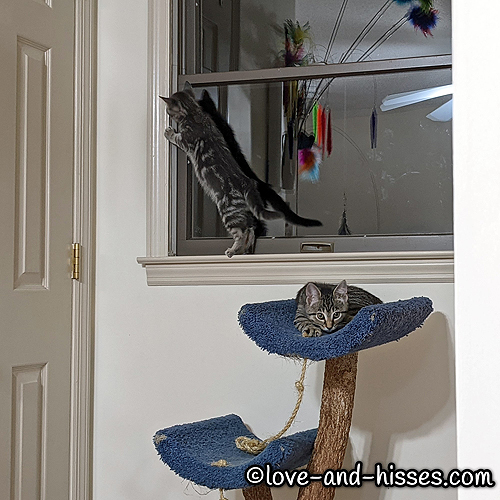 Carli’s gone explorin’ (and Ruthy’s found something to chew on.) 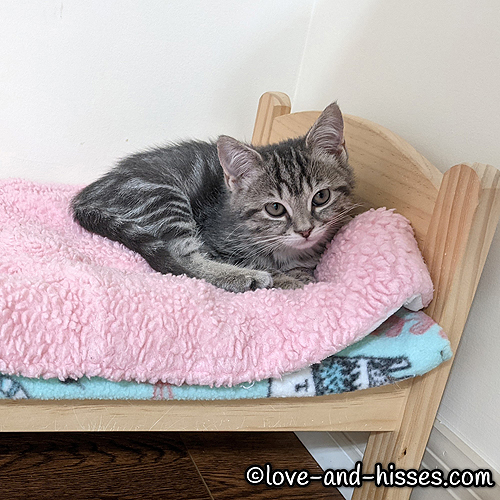