The kittens continue to really like their Toastycat XL bed. (Note: they’re currently unavailable on Amazon, and the Toastycat page links to Amazon, so I suspect there’s a supply issue.) 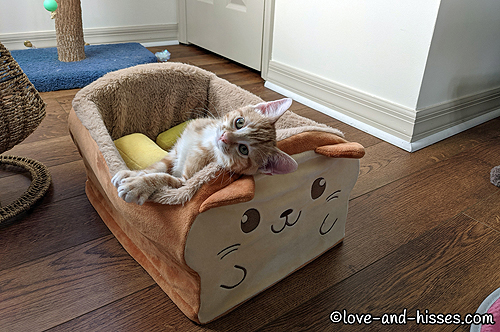 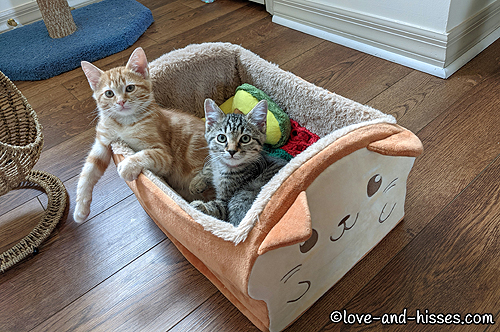 “Especially when shared with a friend!” adds Barry. 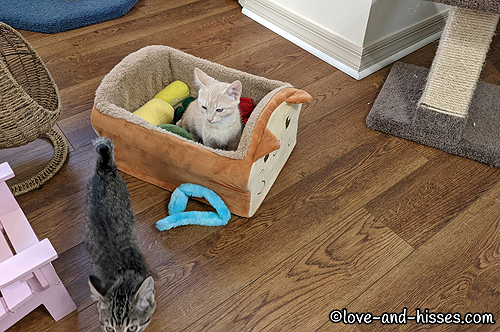 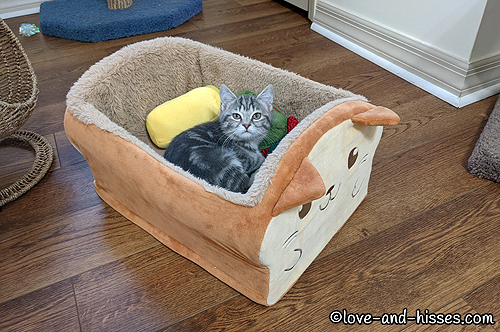 “I was skeptical that this would be comfy,” says Carli. “But y’know? It really is!” 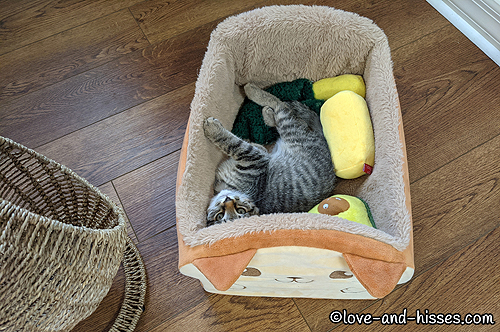 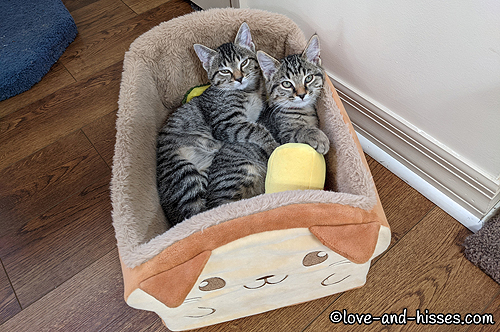 Ruthy (left) and Barry have a cuddle. 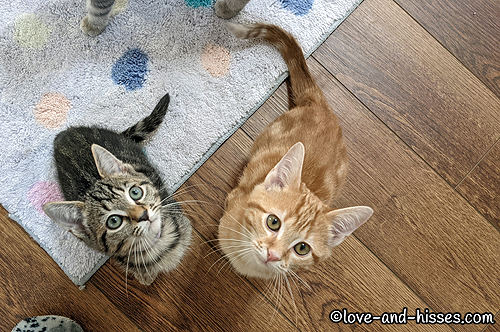 I never did catch Nikki in the Toastycat, so here’s a shot of her and Ozzy waiting for breakfast. 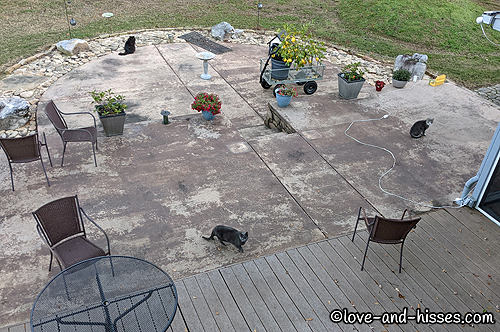 The view from my bedroom window. That’s Khal at the top leftish, Archie at the right center, and Jake in the lower middle, looking guilty as usual. 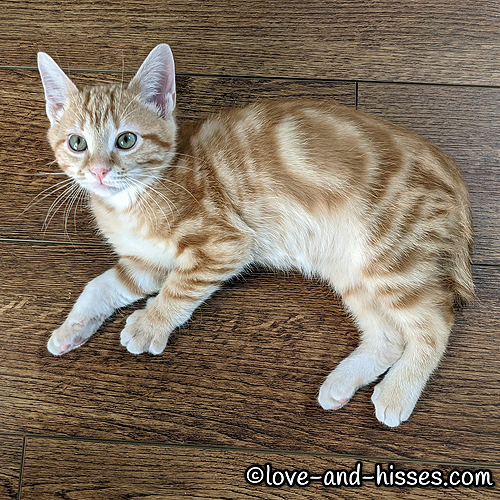 Ozzy shows off his fabulous swirls. 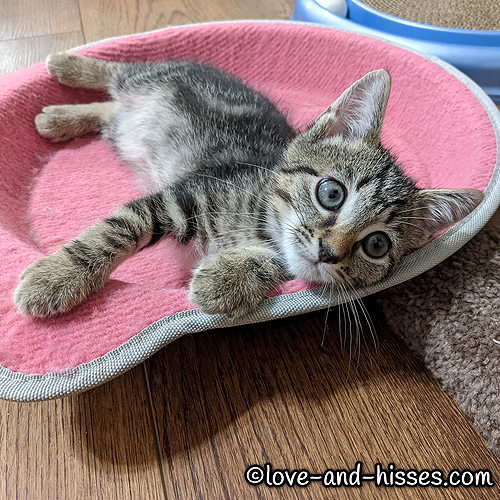 It’s a Nikki pie! My favorite!

YouTube link
Molly Marinara – from hello to goodbye. Molly Marinara was adopted last weekend, and I’ve finally gotten around to putting together a video of the pictures I took of her while she was here with us. 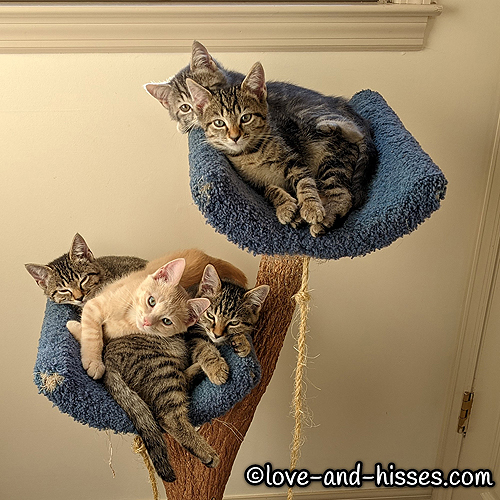 5 of the 6, piled up on the awesome cat tree. (The 6th – Ozzy – was rolling around on the floor at my feet.) Top level: Carli and Nikki. Bottom level: Sammy, Ruthy and Barry.

YouTube link
Wild times in the kitten room! (That sound in the background was from the back yard – we had trees cut down, and it took some heavy equipment.) 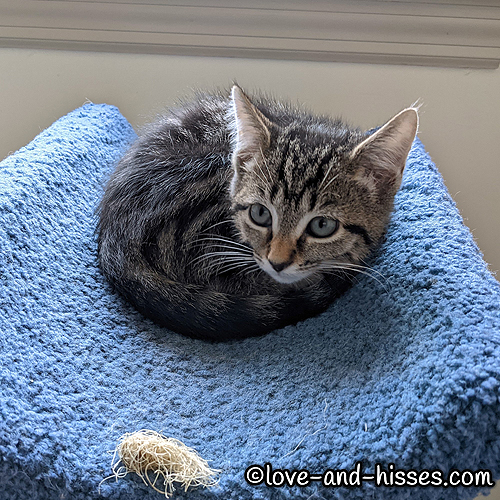 Nikki’s curled up in a tight little ball of cute. 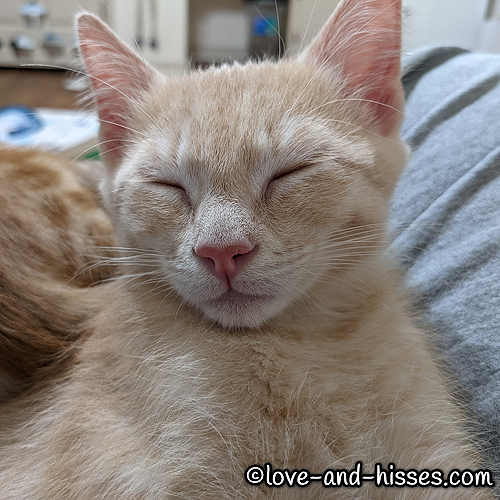 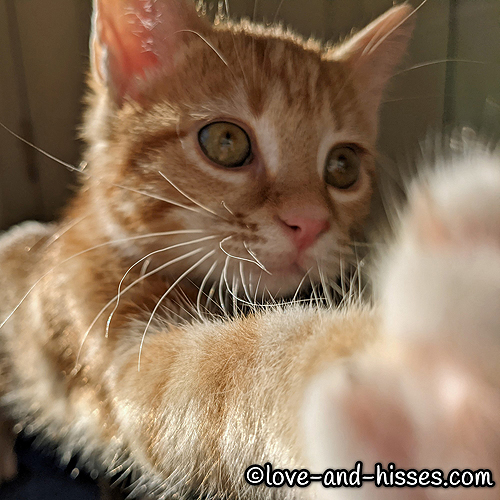 Ozzy’s all “GIMME that phone, I need to make a call!” 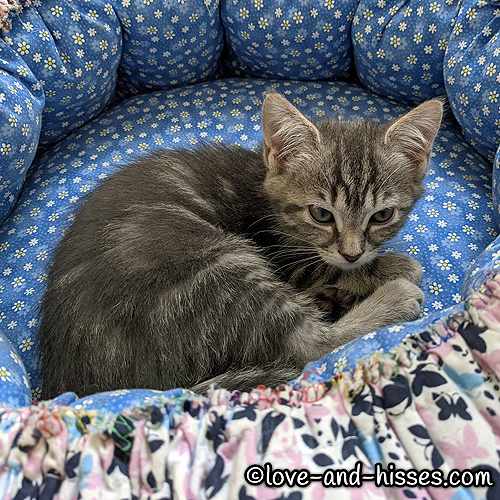 Whenever I post a picture of a kitten in this puffy bed, people always ask where I got it. Well, I got it from an online auction run by Andrea to benefit her favorite rescue, Winnie’s Wish. And the good news? She’s got an auction going on RIGHT now, and it includes some puffy beds AND the cool crocheted beds you’ve seen in the past AND some awesome crocheted toys. I can attest that Andrea does great work – all my beds go through the wash regularly and they’ve held up really well! Go check out the auction right here. 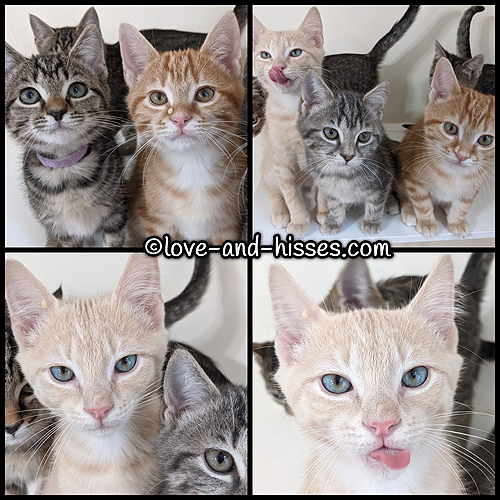 Sometimes Churu time gets a little crazy and I think they wear more of it than gets in their mouths (especially Ozzy and Sammy.) 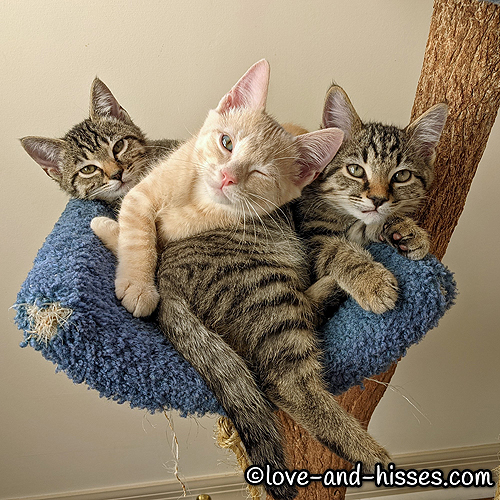 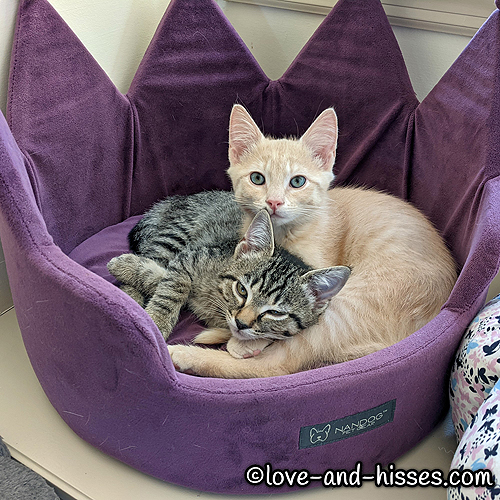 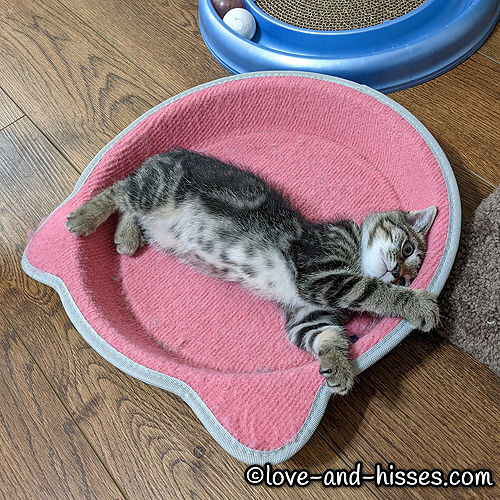 Become the pie, Nikki. BECOME the pie! (Her face is cracking me up.) 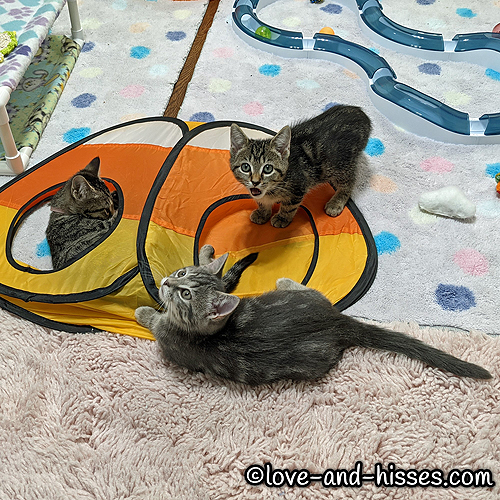 Nikki’s all “LADY! They flattened the tent again!”

YouTube link
LL Bean, I have a suggestion for you. (To be fair, that hoodie’s at least a couple of years old, so the string has held up well to a lot of kittens chewing on it.) 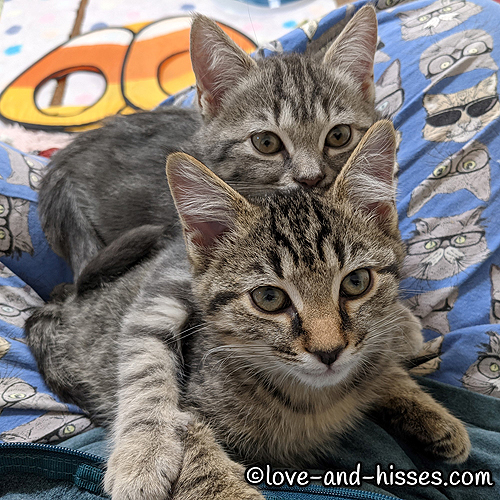 Carli and Barry have a snuggle in my lap. 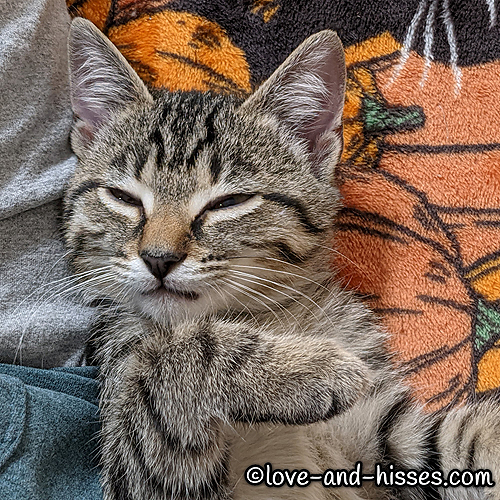