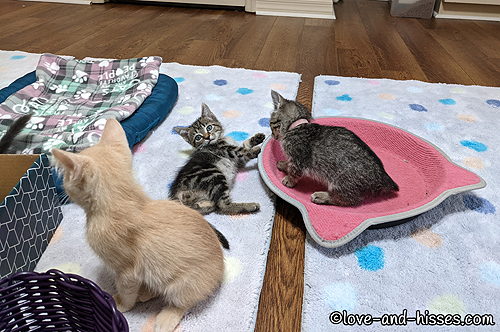 Nikki’s so busy keeping an eye on Sammy that she doesn’t know Ruthy’s about to pounce. 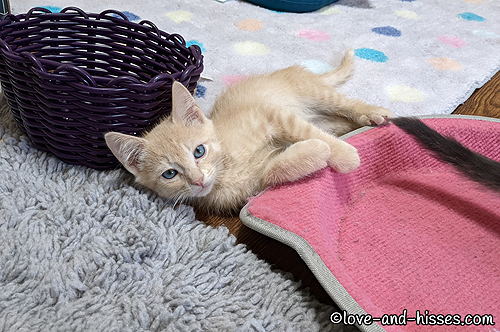 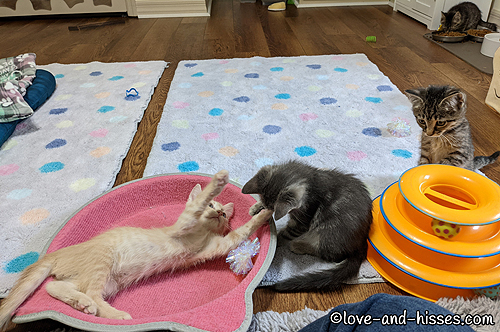 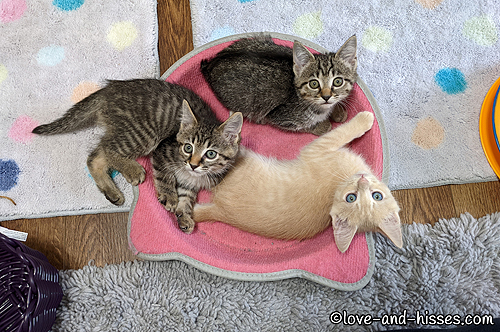 It’s a triple-kitten pie! My favorite! Some of the filling is leaking out, though, that’s gonna make a mess.(Sammy, Barry (left) and Ruthy) 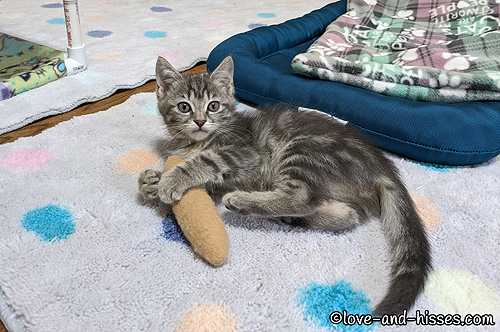 Carli’s all “What? Just bunny-kicking my baguette toy. You gots a problem with that?” 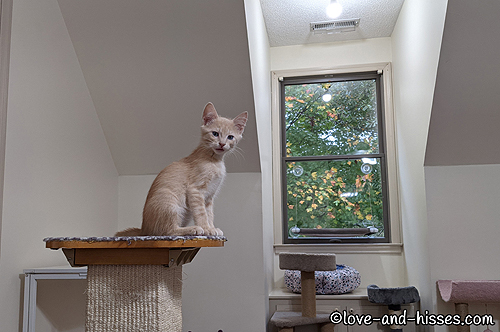 Sammy’s keeping an eye on me. (I took this picture to show the changing leaves in the window. If I remember, I’ll take a picture in the winter when the tree is bare. And in the spring when it starts to green out again! Oh, who am I kidding? I won’t remember.) 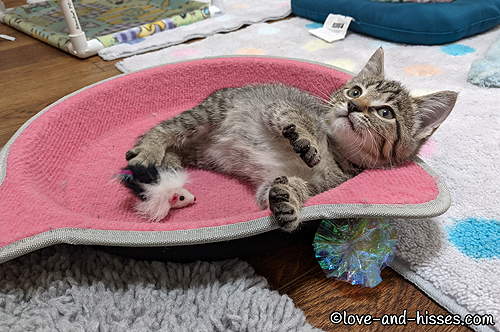 Ruthy’s all “Oh ceiling fan, I love you so.” 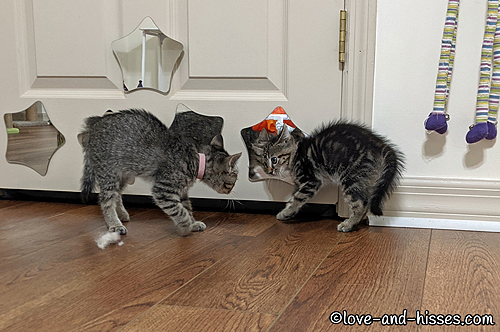 Ruthy (left) and Nikki have another floof-off. 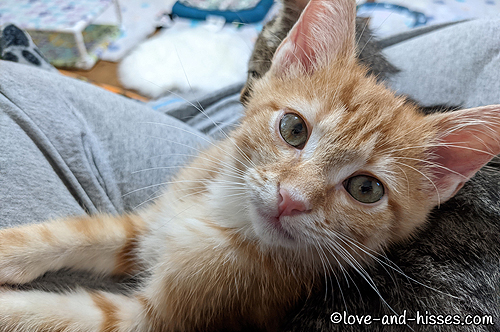 Ozzie the lapkitten. That boy is such a snuggler, I’m telling you. 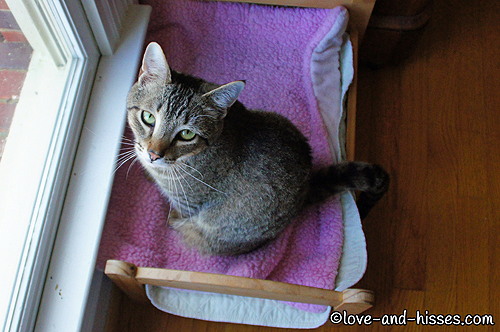 An old picture of Dewey (from when we lived in the last house), so y’all don’t forget what a good-looking boy he is. 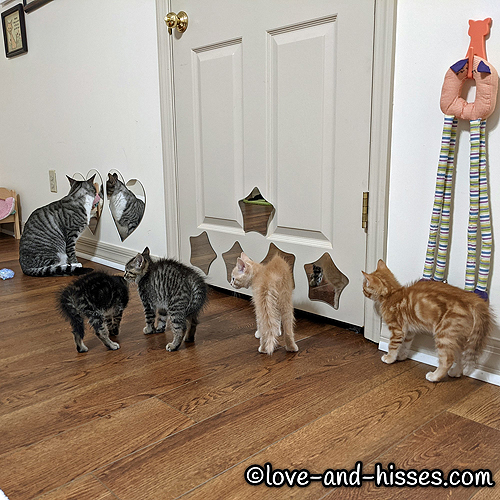 In case you missed it in the blog this morning, the kittens met Uncle Charlie and put on their very best floof suits. 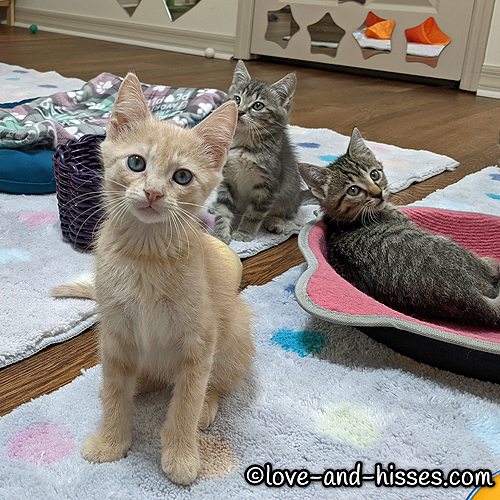 Sammy always looks at me like he’s trying to figure me out.

YouTube link
I don’t know what made Ruthy Ruthenium (pink collar) and Nikki Nickel (lavender collar) so floofy and skitterbuggy, but they were really putting on a show. I love that orange tabby Ozzy Osmium came over to see what was going on and decided – NOPE, not gonna get involved, thanks! 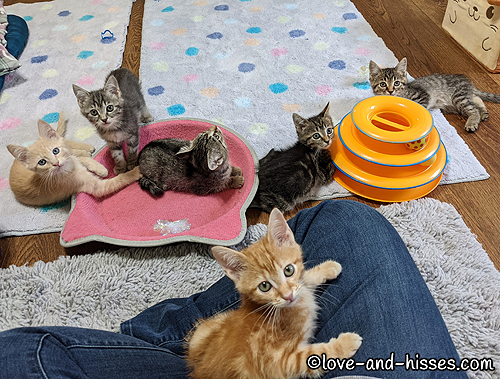 All 6 kittens in one casual shot. Left to right: Sammy, Carli, Ruthy (in the pink pie plate, flirting with the ceiling fan), Nikki, Barry, and as usual Ozzy is in my lap. ❤️ 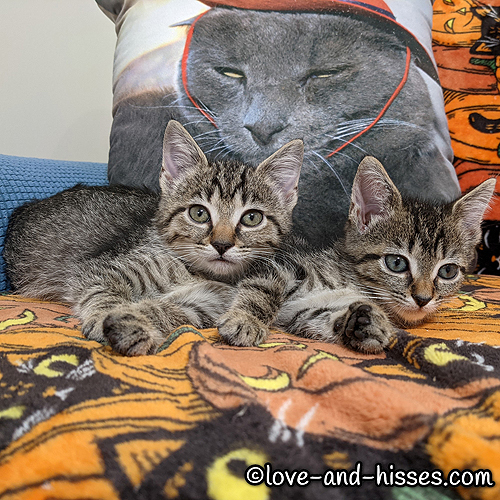 Ruthy (left) and Nikki have a snuggle under the fuming eyes of the Mister Boogers pillow. 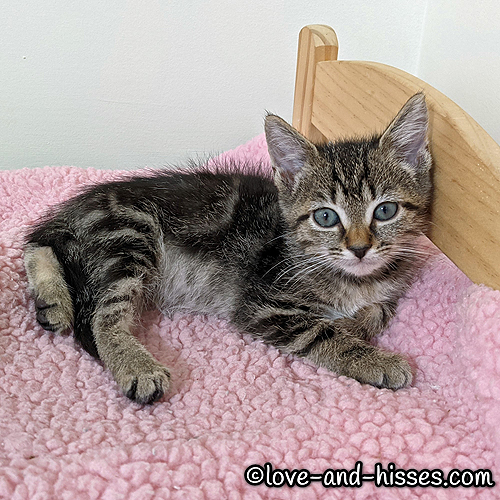