Charleston thlurrps while he cleans. And thlurrrps while he keeps an eye on the feather teaser. Paw cleanliness is important to the kittens this week, apparently. THLURRRP! Not wanting to be left out, Chesnee gets her thlurrrp on. And makes sure to thlurrp the middle, too! 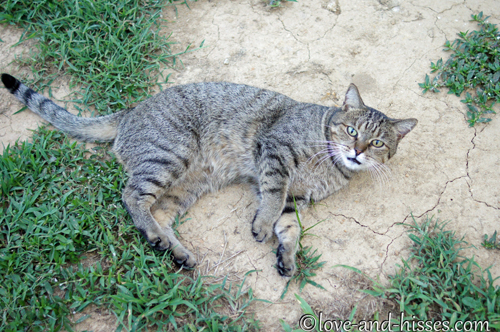 Kara prefers not to thlurrrp like the commoners, but you go ahead. She’ll just try not to be appalled at your MANNERS (or lack thereof).