Last summer we had a cobbled-together litter of kittens named after Maine towns. Two of them were these little floofies… A little more than a year ago, they were adopted – together! – and went to Kentucky where they are adorable and spoiled, of course. (Dexter is still Dexter; Millinocket is now Mollie.)

Here they are now! Quality control kitties are ON it! 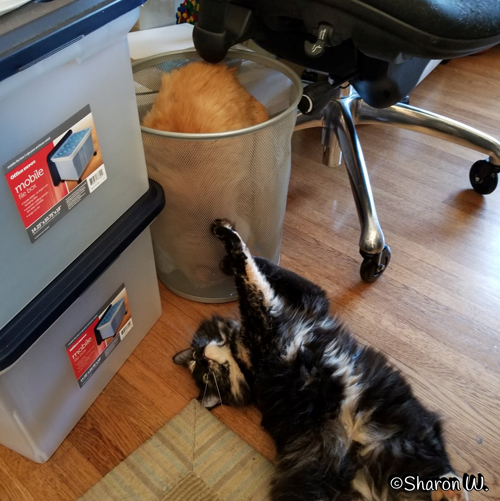 Dexter in a trash can that contains a torn plastic bag and an empty peanut butter cup wrapper. He’s fascinated. So is Mollie. 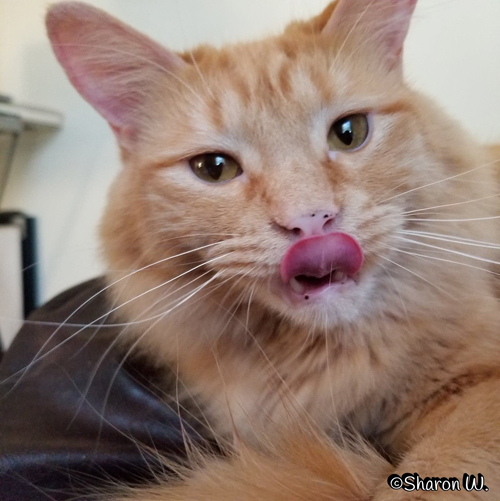 Haven’t they grown up to be a couple of super-cute cuties? (Thanks, Sharon!) 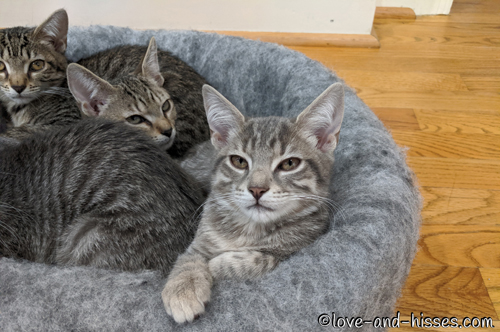 Wherein Luc is very very pleased with himself. (And I’m getting quite the side eye from Beauregard, there in the middle.) 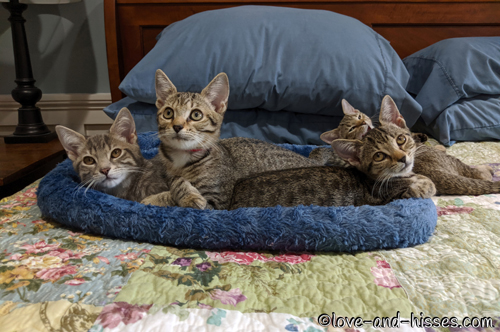 Look at Beauregard, front and center, with his paws crossed like a little gentleman. He’s got MANNERS. 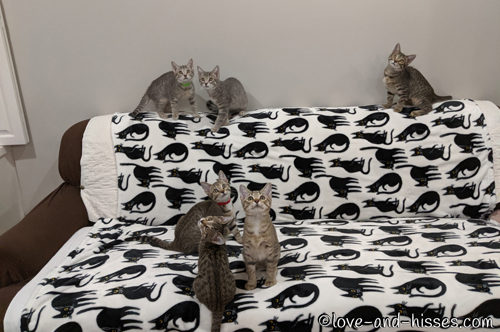 I cleaned and rearranged the foster room, putting the couch against the wall, and then tried to lure all the kittens up on the back of the couch, and they weren’t having it. Stinkers.

(I’d prefer to keep the couch against the wall all the time, but past experience has shown that if I do it when kittens are smaller, they’ll tend to get behind the couch and hang out there. Madeline used to go behind the couch, climb up into the couch cover and snooze happily while I was searching frantically all over the place for her.) 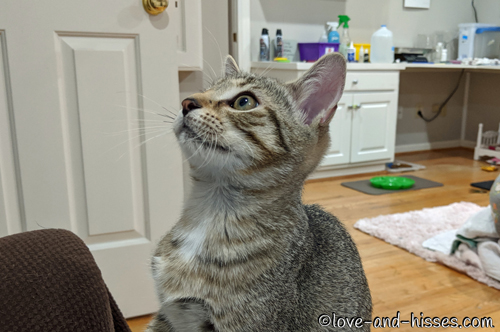 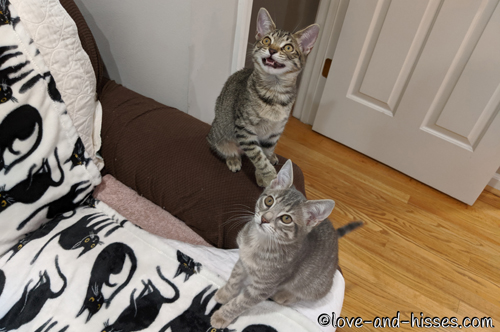 I swear, one of these days I’m going to squoosh Gabrielle to pieces. Luc too, for that matter. 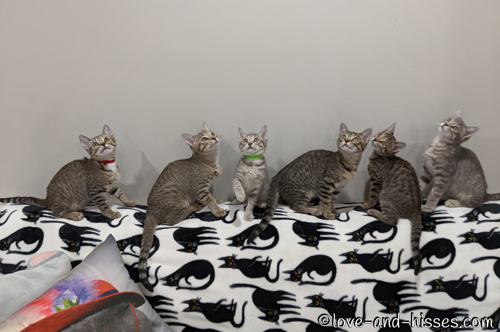 Here we go! Left to right: Beauregard, Henri, Fleur, Gabrielle, Josephine and Luc. (A bit blurry, but I kept losing Beauregard because he’s too smart for his own good and has figured out that I’m the one running the feather teaser, so it might behoove him to come sit at my feet and occasionally sproing upward.) 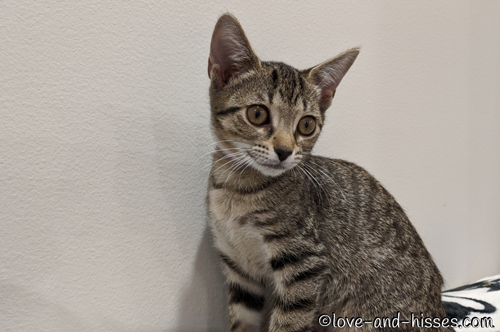 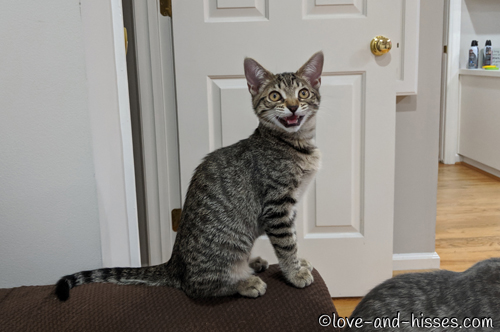 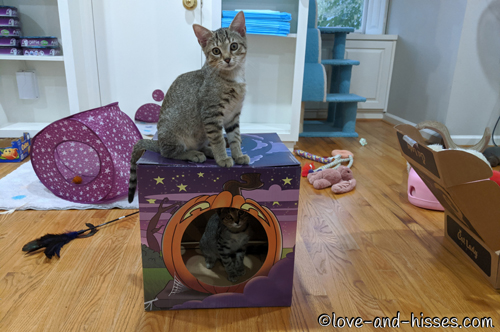 We have a fresh new Kitty Cardboard box in the foster room for them to slowly nibble away at. 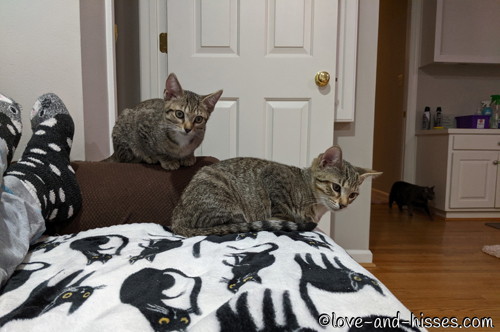 I was lying on the couch snuggling with most of the kittens and tried to get a shot of Beauregard and Henri looking at me. What I ended up with was this, both of them studiously NOT looking at me. But what’s cracking me up is Jake in the background doing an oh-so-casual stroll to check out the kitten food. 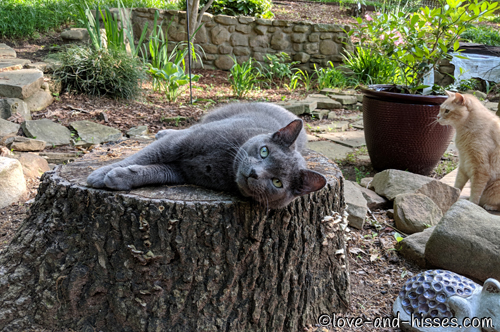 Jake and Newt are VERY much enjoying the cooler weather.