How long do the kittens stay with you? Do they stay until all are adopted or do they transition to another foster home?

The kittens will likely be heading out of here pretty soon to go to Petsmart. When they don’t get adopted from here and there’s little interest, they go to Petsmart so that more people can see them and fall in love. While at Petsmart, they are well cared for by Forgotten Felines of Huntsville volunteers, and the adoption applications are still handled by FF. All Petsmart does is provide the space, the food, and the litter. The kittens are still Forgotten Felines kittens. If there’s there for a while and are unadopted, they’ll either go to Michelle’s (who I foster under), or back here for a break. Jocasta will be heading to Michelle’s, I believe, though there have been no definite plans for any of them leaving just yet.

What’s the cool cat bed that Brianna is in. It looks like and egg chair. Very mod! 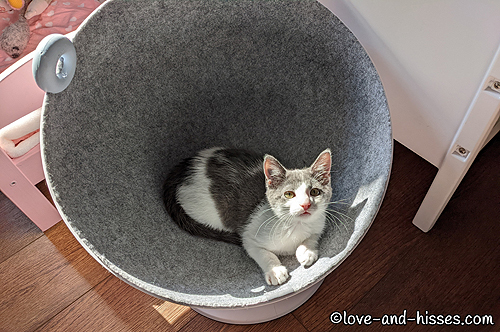 That is the Furrytail Boss Cat Bed, which was passed along to us by a Friend of Forgotten Felines of Huntsville & Love & Hisses reader Alice. Her cats weren’t interested in it, but the fosters are loving it!

Quick question – since your viewing numbers skyrocketed (I think with Canasta) the videos are sometimes preceded by ads. I wanted to make sure you got some (?) revenue monies from these. I will happily view through two ads before and one after if you get some slice of the FB money pie.

I do get a little money from Facebook each month (usually around $100, which pretty much immediately gets spent on litter and food), so I appreciate you being willing to sit through ads – I know they’re annoying, but hopefully they’re short!

Question: Has anyone come across a device that prevents a toilet paper roll from unravelling when a cat tries its best to make it do just that? My 2 year old tuxie has just found what fun it is! Right now I am jamming a wash cloth between the roll and the wall, but she is figuring a way around that. 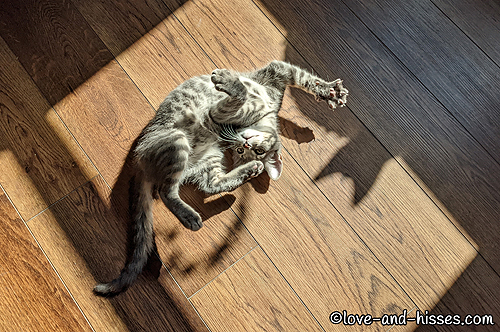 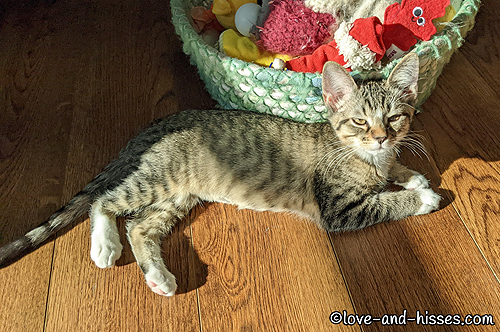 Marsali in the sun, feelin’ smug. 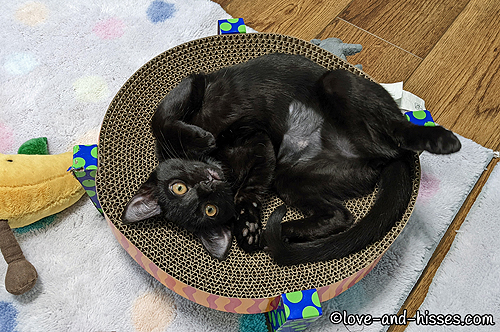 There goes Lizzie, showing off that tummy again. 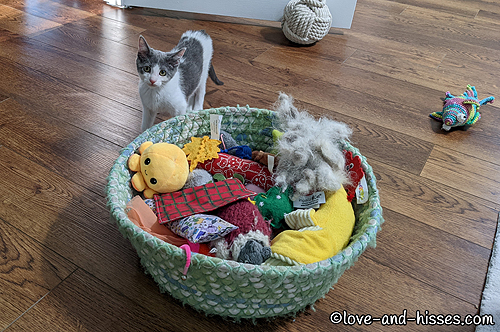 Brianna, giving me the “Lady, these toys aren’t going to throw themselves” look. 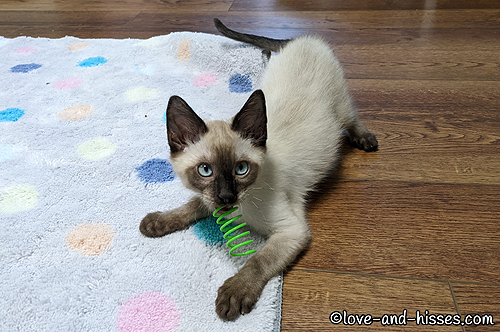 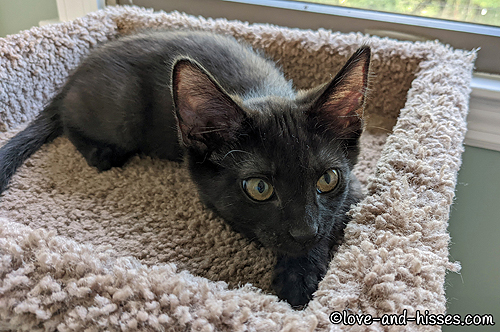 Seriously, Roger loooves the top of this cat tree. 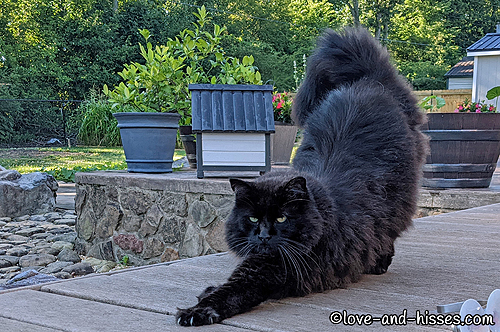 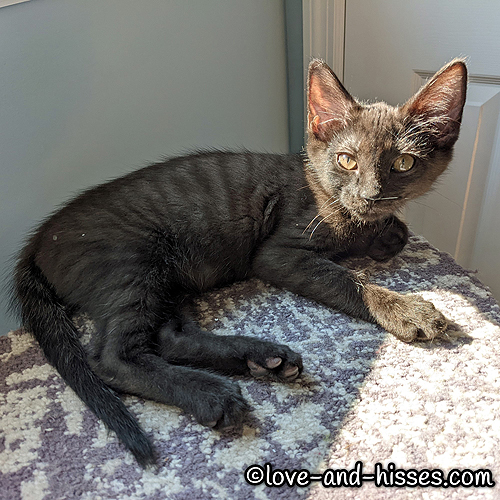 I feel like the older he gets, the more obvious Roger’s stripes are. Very cool, right?

YouTube link
A conversation wherein I do all the talking, and Jocasta gives me the blinkety-blink Eyes of Love. 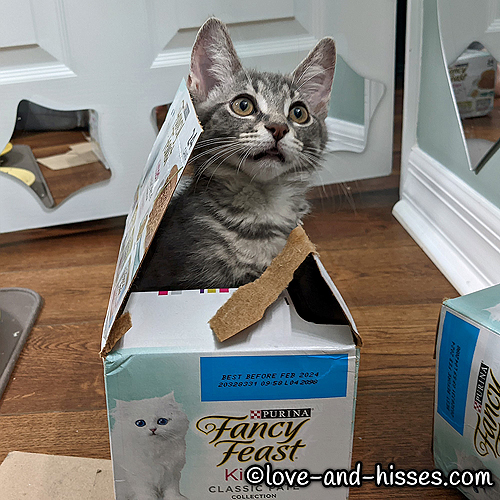 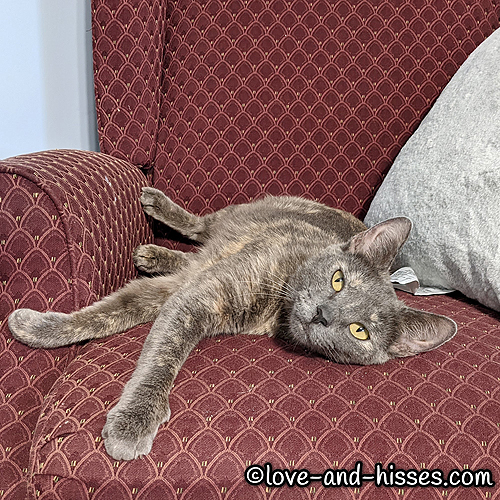